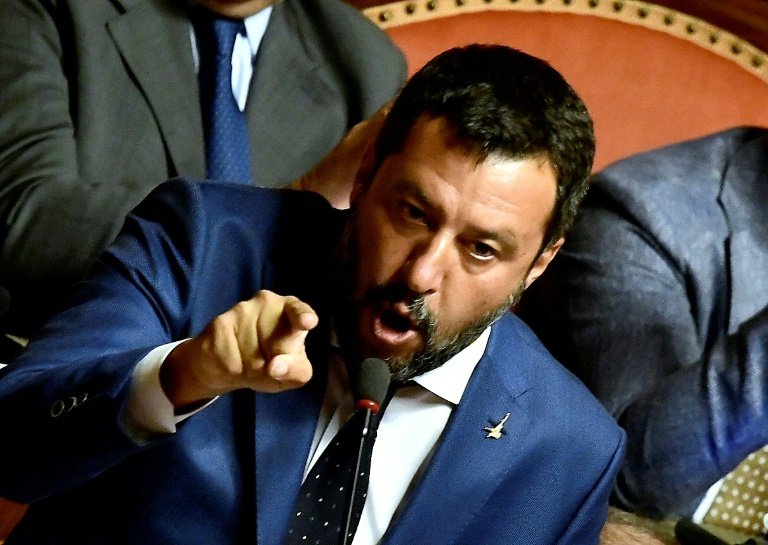 Far-right League leader Matteo Salvini has called for snap elections, but they look less likely after his no-confidence bid was defeated / © AFP

After a week in which it seemed Italy could be headed for snap elections, the spectre of an autumn poll appears to have retreated due to two former foes joining forces to defeat a far-right no-confidence bid.

The leader of the anti-migrant League, Matteo Salvini, pulled the plug on his coalition with the anti-establishment Five Star Movement (M5S) last week, hoping for a no-confidence vote that would topple the government.

But his abandoned partner found an unexpected ally in the opposition Democratic Party (PD).

Both M5S and PD on Tuesday voted against Salvini despite his last-minute offer to back a plan to slash the number of the country's lawmakers.

Salvini said he would back the reform, one of M5S's key pledges, on condition they supported a no-confidence vote in independent Prime Minister Giuseppe Conte's government and hold snap polls.

M5S was having none of it. Leader Luigi Di Maio pointed out that Salvini had backed himself into a corner as electoral reform would take at least eight months, during which an election cannot be held. 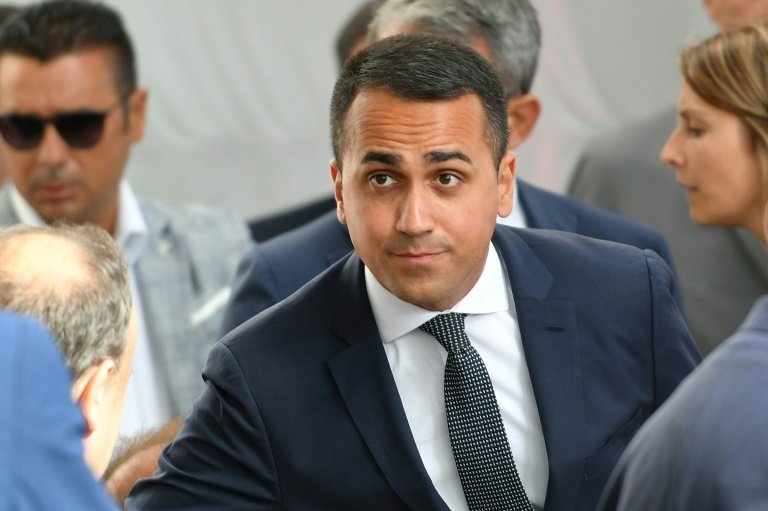 M5S leader Luigi Di Maio says Salvini backed himself into a corner as the electoral reform would take at least eight months, during which an election cannot be held / © AFP/File

"Salvini is at a dead end, if he wants to reduce the number of lawmakers, he can't vote no-confidence in Conte", Di Maio said late Tuesday.

The day after the failed vote, Salvini said he would try for another no-confidence vote on August 20, when Conte is to address the Senate. But he made no mention of parliamentary reform.

"On August 20, we will vote no-confidence in the prime minister. No to palace manoeuvres and to technical and bizarre governments. The democratic, transparent, linear path is that of elections," Salvini said on Wednesday.

If Salvini backs the parliamentary reform, his support -- along with that of former PD premier Matteo Renzi at the other end of the political spectrum -- means it will likely be passed by MPs on August 22 or 23.

The money saved from having fewer lawmakers, around 50 million euros ($56 million), should be spent on schools, roads and hospitals, said Di Maio. 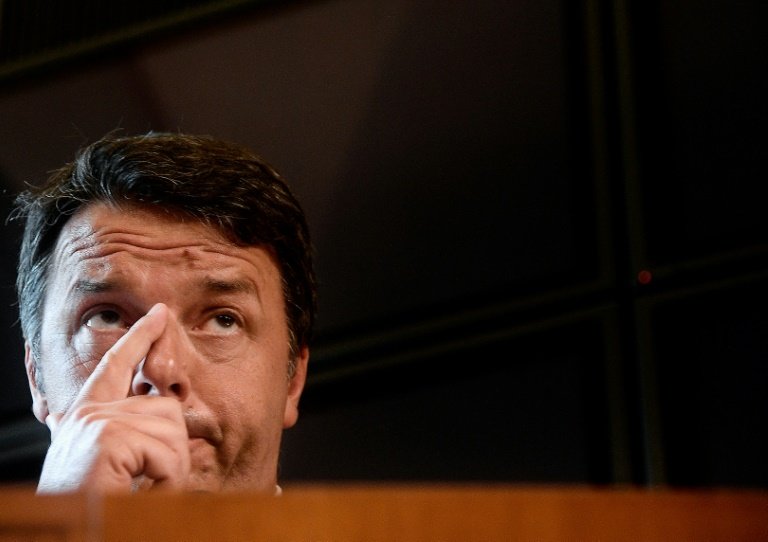 Former prime minister Matteo Renzi has proposed a M5S-PD alliance to pass the budget, despite past virulent exchanges between the two parties / © AFP/File

However the reform must then be put to referendum, which takes at least six months, said experts on Italy's complex parliamentary system, plus another two months is required to draw up a new electoral law, during which time no elections can be held.

The broken League-M5S coalition would remain paralysed and unable to agree on the crucial 2020 budget which must find an extra 23 billion euros or Italy's VAT rate would rise from 22 to 25 percent in January next year.

Renzi has proposed a M5S-PD alliance to pass the budget, despite the virulent exchanges between the two parties after Renzi resigned in December 2016.

Both the PD and M5S remain divided on cooperating with each other. 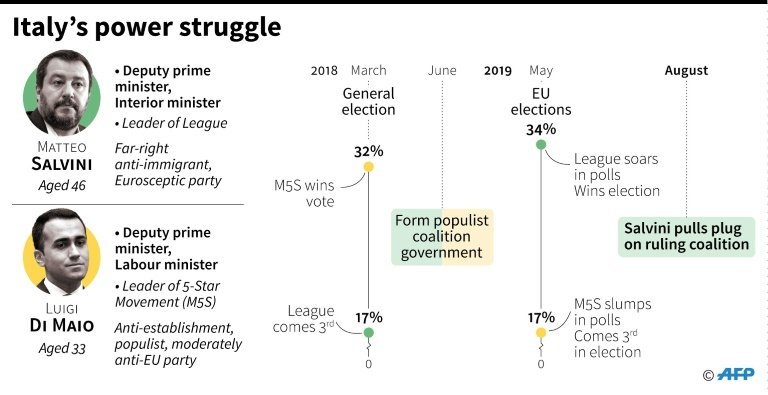 The recent ups and downs in Italy's fluid politics / © AFP/File

"A government limited to the PD and M5S created with the aim of lasting until 2022 is the most realistic scenario, provided they find a coherent basic programme and a minimum of shared vision," Stefano Folli wrote Wednesday in the left-leaning Repubblica newspaper.

Di Maio is instead seeking a reshuffle with more M5S portfolios, and PD parliamentary support, as part of a second Conte government.

Nevertheless, nothing is ever certain in Italy's fluid politics, and the League and its potential allies from Silvio Berlusconi's centre-right Forza Italia and Giorgia Meloni's extreme-right Brothers of Italy could garner 50 percent of votes in an election, according to the latest opinion polls.