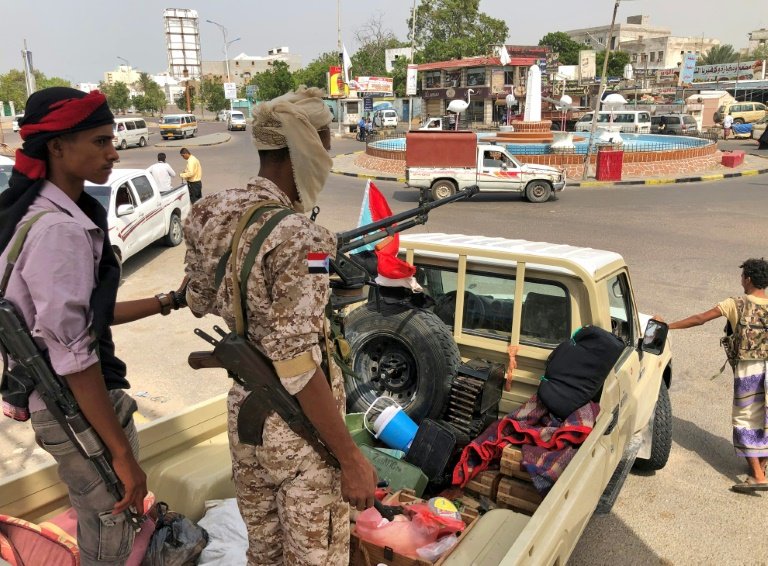 Yemen's government on Wednesday ruled out talks with southern separatists until they withdraw from positions they seized last week in second city Aden.

The fighting saw forces that back the Southern Transitional Council (STC) take five barracks, the presidential palace and the prime minister's office.

The fighting sparked tensions within a Saudi-led coalition that backs the government against northern-based Huthi rebels.

A key member of the coalition, the United Arab Emirates, trained the force that led the Aden offensive.

Saudi Arabia has proposed peace talks in Riyadh, a call supported by the UAE.

Yemen's Washington embassy, quoting the foreign ministry, on Wednesday welcomed the Saudi initiative to address the "coup" in Aden.

But, it said in a tweet, separatists "must first commit to total withdrawal from areas forcibly seized by STC in past few days before start of any talks."

The STC has voiced willingness to take part in the talks, but has not given any sign that it is ready to withdraw, say security sources close to the movement.

South Yemen was an independent country until it merged with the north in 1990.

The deadly fighting in Aden has further complicated Yemen's devastating conflict, which has killed tens of thousands of people and contributed what the UN calls the world's worst humanitarian crisis.

The Saudi-led coalition intervened in 2015 to prop up the government of President Abedrabbo Mansour Hadi after the Huthis ousted it from the capital Sanaa.

The fighting left 40 dead and 260 wounded, according to the UN.

Hadi himself has long been absent from Yemen, having fled to Riyadh as the Huthis advanced on Sanaa.

The Iran-backed rebels continue to control vast swathes of the country including the capital and areas close to the Saudi border.

Analysts say the tensions may weaken the coalition's military campaign against the Huthis.