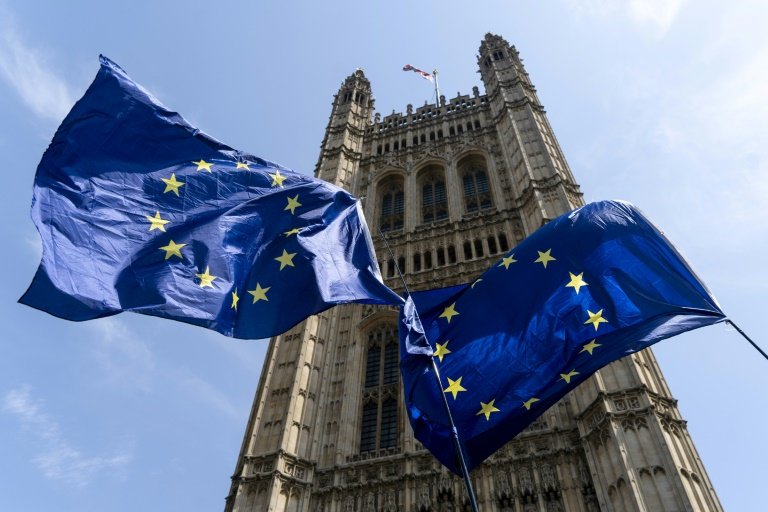 Prime Minister Boris Johnson on Wednesday said Brussels and Brexit-blocking MPs were guilty of a "terrible collaboration" that would force Britain towards a no-deal exit from the EU.

He accused the European Union of taking an uncompromising position towards London because it believes Brexit can be stopped in the British parliament.

Taking questions from the public live on Facebook -- a first for a British PM -- Johnson said Brussels needed to compromise to avoid the UK leaving the EU without a deal on October 31.

It came after former finance minister Philip Hammond slammed Johnson's "wrecking" approach to negotiations, saying the new PM had set Brussels an impossibly high bar to meet, in demanding the complete removal of its fallback provisions.

"There's a terrible collaboration going on between people who think they can block Brexit in parliament and our European friends," Johnson said.

"They are not compromising at all on the withdrawal agreement... because they still think that Brexit can be blocked in parliament," he said.

"The awful thing is that the longer that goes on, the more likely it is, of course, that we will be forced to leave with a no-deal Brexit."

Many MPs were troubled by the "backstop" -- a mechanism that would keep the UK in EU customs arrangements to prevent a hard border on the island of Ireland.

Johnson said he did not want a no-deal Brexit but Brussels had to give ground in order to avoid it.

"The more they think there's a chance Brexit can be blocked in parliament, the more adamant they are in sticking to their position," he said.

Hammond, who quit as chancellor just hours before Johnson took over from May on July 24, said there was no popular or parliamentary mandate for a no-deal Brexit, saying most people wanted an orderly exit from the EU. 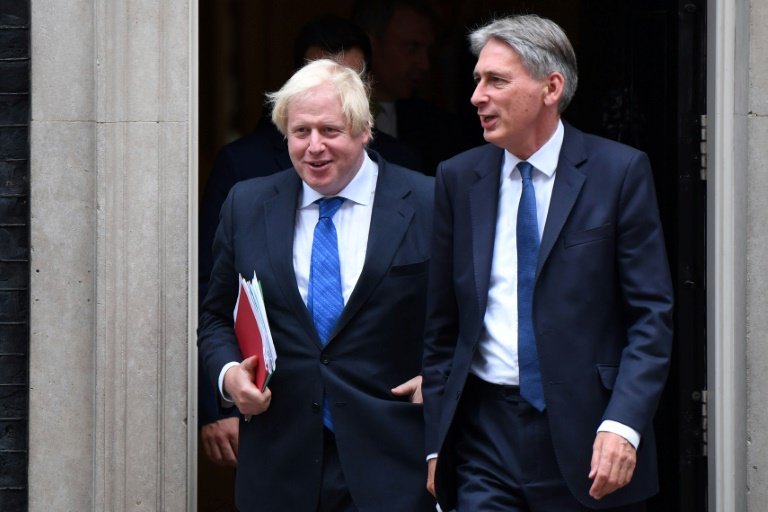 Britain's Prime Minister Boris Johnson has said the UK will leave the EU on the October 31 deadline, with or without a deal / © AFP/File

"No-deal would be a betrayal of the 2016 referendum result. It must not happen," he wrote in The Times newspaper.

He said it could turn Britain into "a diminished and inward-looking little England".

Hammond said the shift of position from seeking changes to the backstop to demanding its complete removal "is a pivot from a tough negotiating stance to a wrecking one".

"This is a demand the EU cannot, and will not, accede to," he wrote.

"It's time for our government to demonstrate its commitment to a genuine negotiation with the EU to achieve a deal."

Hammond said a no-deal Brexit would risk breaking up of the United Kingdom.

He also warned that if parliament wanted to go down a particular route to prevent a no-deal Brexit, the means would emerge to allow that to happen.

John Bercow, the speaker of parliament's lower House of Commons, warned separately he would "fight... with every bone in my body" against any attempt by Johnson to suspend parliament to force through no-deal against MPs' wishes.

The Commons "must have its way", he told an audience at the Edinburgh Festival Fringe, according to The Daily Telegraph newspaper.