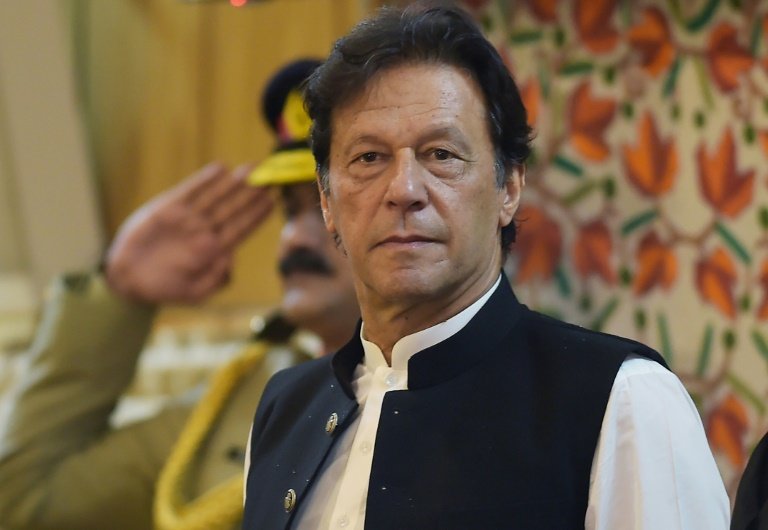 Prime Minister Imran Khan warned India Wednesday that Pakistan was prepared to respond to any aggression in the disputed region of Kashmir, vowing the time had come to teach Delhi a lesson.

Pakistani Prime Minister Imran Khan vowed Wednesday the time had come to teach Delhi a lesson and promised to "fight until the end" against any Indian aggression in the disputed region of Kashmir.

The warning represented a dramatic escalation in rhetoric after Islamabad said last week that they had ruled out a "military option" over the Kashmir dispute.

The remarks come as tensions skyrocketed between the nuclear-armed rivals following India's surprising move to revoke the autonomy of its portion of the disputed Himalayan territory last week.

"The Pakistani army has solid information that they (India) are planning to do something in Pakistani Kashmir, and they are ready and will give a solid response," Khan said during a televised speech in Muzaffarabad, capital of Pakistan-administered Kashmir.

"We have decided that if India commits any type of violation we will fight until the end," Khan added in the speech marking the country's Independence Day.

"The time has arrived to teach you a lesson."

The head of the Pakistani military also added that the country's security forces were "fully ready to perform its part in line with our national duty for Kashmir cause”, according to a tweet from the army’s spokesperson.

Khan and the military’s comments followed other fiery speeches in the territory’s parliament, with the prime minister of Pakistani Kashmir at one point begging for permission to cross the de-facto border dividing the territory and then later bragging about opening fire on Indian troops in the past.

The heated rhetoric follows days of rising hostilities from Islamabad.

However, analysts said the actions were unlikely to move Delhi.

The Indian part of the picturesque Himalayan state has been under lockdown for over a week with tens of thousands of troop reinforcements deployed to the main city of Srinagar and other towns and villages.

A curfew has also been enforced across the region and phone and internet lines cut to quell potential unrest.

Indian authorities vowed to reduce the restrictions on freedom of movement in their portion of Kashmir following the country's own Independence Day celebrations on Thursday.

Earlier this week Khan lambasted the international community for failing to challenge India and said turning a blind eye to the spread of Indian Hindu nationalism was the same as appeasing Hitler -- a comparison he again made on Wednesday.

As tensions simmered with India, Pakistan moved ahead with independence celebrations which began at the stroke of midnight with firework shows lighting up the skies in major cities, where residents jammed the streets waving the national flag from their cars and motorcycles.

In August 1947 the British Raj was dismantled with the subcontinent divided into two independent states -- Hindu-majority India and Muslim-majority Pakistan.

Millions were uprooted in one of the largest mass migrations in history, with experts estimating at least one million died in the communal violence unleashed by a partition that continues to haunt the subcontinent to this day.

Kashmir has been divided between India and Pakistan ever since, and has been the spark for two major wars and countless clashes between the two nuclear-armed arch-rivals.

Earlier this year they came close to all-out conflict yet again, after a militant attack in Indian-held Kashmir in February was claimed by a group based in Pakistan, igniting tit-for-tat air strikes.