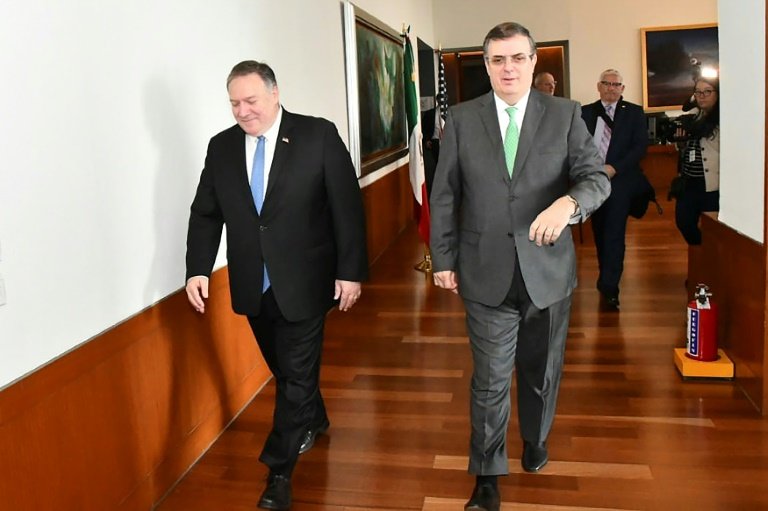 Secretary of State Mike Pompeo on Sunday thanked his Mexican counterpart for increased immigration enforcement by the country, which he said is leading to fewer migrants entering the United States.

Pompeo later traveled to El Salvador to meet with President Nayib Bukele, with the two sides pledging to work together on the issue of immigration.

The top US diplomat's meeting in Mexico confirmed that relations between Washington and Mexico City had calmed considerably since early June, when President Donald Trump had threatened stiff new trade tariffs against the United States' southern neighbor unless it acted forcefully to slow the migrant flow.

Pompeo met Sunday in Mexico City with Foreign Minister Marcelo Ebrard on a regional trip that began in Argentina and Ecuador.

Speaking in El Salvador, Pompeo said that Mexico has "made real progress" on migration.

"The numbers are good... There are fewer apprehensions taking place today along our southern border, but we've got a long way to go yet -- there's still much more work to do," he told a news conference in San Salvador.

The meeting between Ebrard and Pompeo, while focused primarily on migration, also included talks on recovering the wealth of notorious drug trafficker Joaquin "El Chapo" Guzman -- sentenced to life imprisonment in the US -- as well as the status of the not-yet-ratified North American trade agreement, the Mexican Foreign Ministry said.

The Mexican statement said Pompeo had recognized "significant advances" by Mexico on slowing migration since a high-stakes June 7 meeting in Washington held amid a growing migration crisis.

That accord -- reached under the shadow of Trump's trade threats -- stipulated that failure by Mexico to rein in cross-border migration within 45 days could result in the need to negotiate a tougher arrangement. 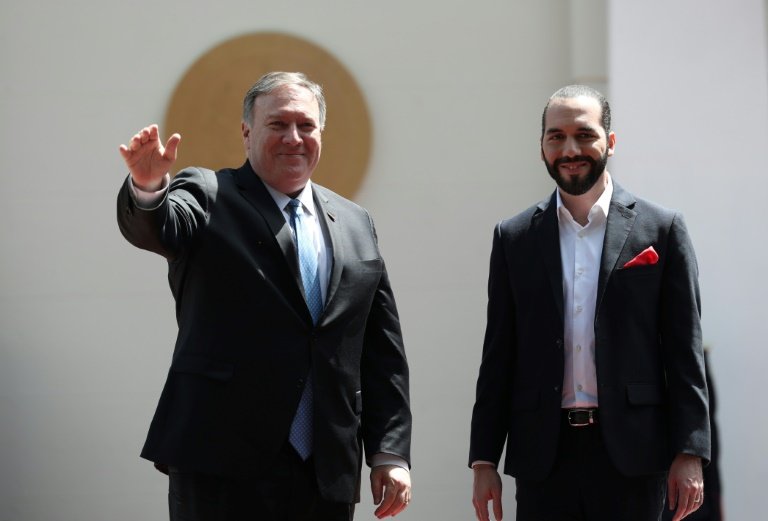 But the Mexican statement said that "in light of these advances," Ebrard "does not consider it necessary to initiate" such negotiations.

At the meeting Sunday, Ebrard said Mexico's strategy to "ensure orderly, safe and regular migrant flows will continue for the next 45 days," the statement said.

The Mexican government in June deployed thousands of soldiers and police officers, both near the southern border with Guatemala and the US border in the north, to slow the migrant flow, which has come principally from impoverished and crime-ridden Central American countries.

Official Mexican figures say the number of migrants coming into Mexico from those countries fell from 144,000 in May to 100,000 in June.

The US judge who sentenced him to life in prison last week ordered Guzman to forfeit $12.6 billion, but Mexico wants the money to stay in their country.

The two diplomats discussed creating a binational group to study the matter.

During his stop in El Salvador -- where gang violence is a major factor pushing people to make the trip north to the United States -- Pompeo met with Bukele, who has pledged that security measures implemented by his government would do away with the long-running gang problem.

"Immigration is a problem that we have, but it's a problem that ends at the southern border of the United States, so we have to solve the immigration problem together," Bukele said at a news conference alongside Pompeo, according to a State Department transcript.

"We've got to address the challenges that cause this migration," the top US diplomat said. "Gang violence and poverty are two amongst them, and we want to be a good partner to assist you in reducing these causes for this migration."

"We want people to want to stay in their own countries," Pompeo said.