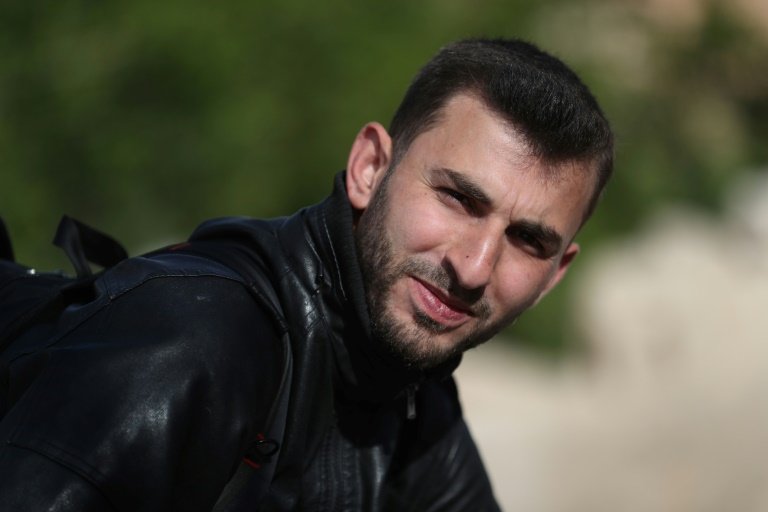 Anas al-Dyab, in his early 20s, was a photographer and videographer who contributed to AFP / © AFP/File

A young citizen journalist was among 18 civilians killed in air raids on Syria's jihadist-run Idlib region Sunday, rescue workers and a monitor said, as he filmed the bombardment of the battered enclave.

Anas al-Dyab, a photographer and videographer in his early 20s, was a member of the White Helmets rescue group who also contributed to AFP.

He was killed in Russian air strikes in his hometown of Khan Sheikhun, rescuers and the Syrian Observatory for Human Rights said.

The White Helmets, rescue workers in rebel areas named after their distinctive hard hats, said the group "mourns the fall of a hero Anas al-Dyab, a volunteer and media activist with the Syrian Civil Defence Centre in Idlib", in a Twitter post.

An AFP journalist saw friends and family gather to bid farewell to Dyab, his body wrapped in a white shroud.

His mother and father, fellow citizen journalists, and rescue workers watched him be buried in the city of Idlib, as ongoing bombardment prevented him from being laid to rest in Khan Sheikhun. 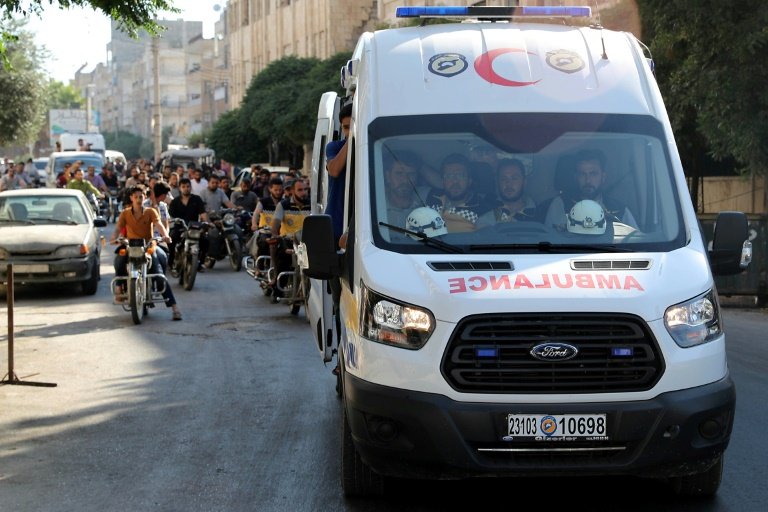 Anas al-Dyab was a member of the White Helmets, who led his funeral procession on Sunday / © AFP

The Damascus regime and its Russian ally have stepped up their deadly bombardment of the jihadist-run region of Idlib since late April, despite a September buffer zone deal to protect the region of some three million people from a massive military assault.

The spike in violence has killed more than 630 civilians, caused tens of thousands to flee there homes, and damaged or knocked out of service two dozen health facilities.

The White Helmets said five of its members had been killed since the start of the escalation on Idlib.

Khan Sheikhun, a town in the south of Idlib, has been particularly hard hit, forcing thousands to flee their homes there, according to the United Nations. 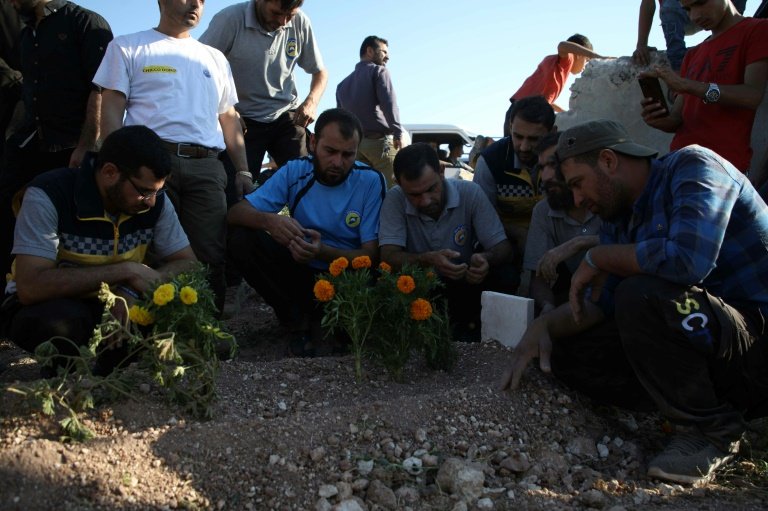 Mourners pray at the grave of Anas al-Dyab, who rescuers say was killed Sunday in Russian air strikes / © AFP

But Dyab "chose to remain with his fellow volunteers in Khan Sheikhun till today," the White Helmets said.

Raed al-Saleh, the head of the White Helmets, said Dyab was killed while "trying to show the world what's going on in Syria".

Dyab, who was single, leaves behind his parents and three brothers, one of whom is held by the Damascus regime, Saleh said.

His family told AFP he would "not leave Khan Sheikhun except as a martyr." 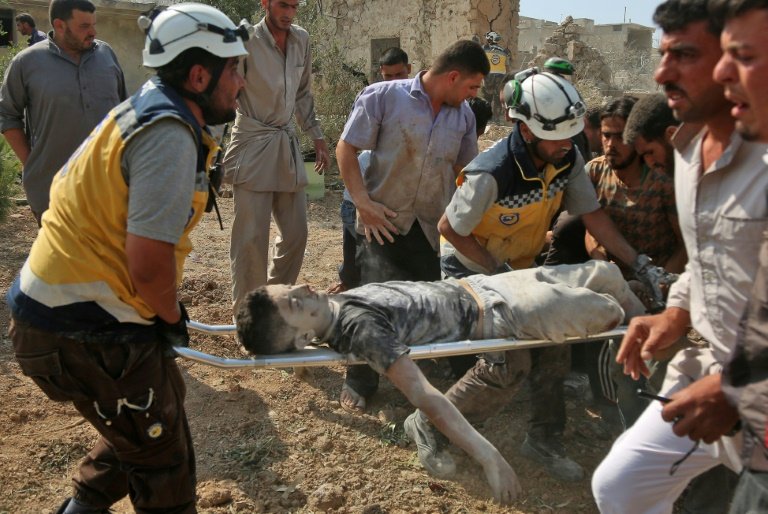 The Observatory said Dyab was hiding in the cellar of a three-storey building with two members of the Jaish al-Ezza rebel group when the strike happened.

Also on Sunday, regime air strikes killed 17 other civilians including seven children in other parts of the region, according to the Britain-based Observatory, which relies on sources inside Syria for its information.

It said the death toll from the day's bombings could rise further as dozens of people were wounded, some severely, with some trapped under rubble.

The White Helmets, who are backed by the West, were nominated for the Nobel Peace Prize in 2016.

But Moscow and Damascus accuse the group of backing rebels and jihadists. 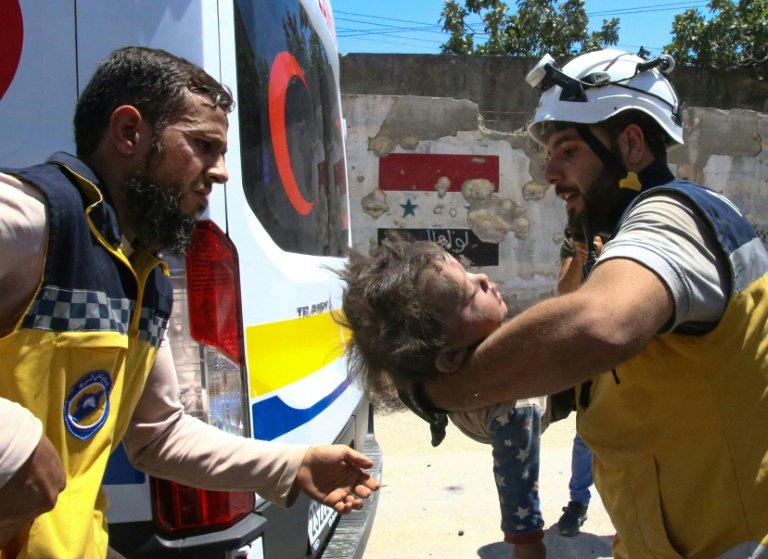 Russia and rebel backer Turkey in September signed a deal to set up a buffer zone around Idlib, but it was never fully implemented.

Syria's war has killed more than 370,000 people and displaced millions since it started in 2011 with a brutal crackdown on anti-government protests.