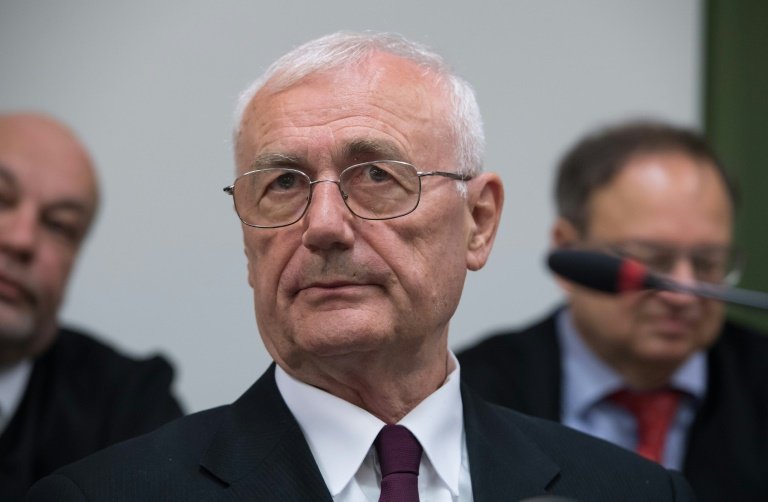 Josip Perkovic, a former Yugoslav secret service agent and ex-head of Croatia's military intelligence, was extradited to Croatia to serve his 30-year jail term. He is shown here at his 2016 sentencing in Germany / © dpa/AFP/File

A former top Yugoslavian spy, sentenced in Germany for the 1983 murder of a dissident, was extradited Thursday to Croatia to serve his 30-year jail term, the interior ministry said.

Josip Perkovic, a former Yugoslav secret service agent and ex-head of Croatia's military intelligence, was "handed over to a Zagreb prison", the ministry said in a statement.

The handover of the 74-year-old took place without incident, it said.

Perkovic arrived at the Zagreb airport aboard a regular flight from Munich, state-run HRT television reported.

The two men were found guilty of complicity in the murder of dissident Stjepan Djurekovic, who was opposed to Yugoslavia's communist regime.

A Zagreb court last year commuted Perkovic's sentence to a 30-year jail term, as Croatia has no life sentence.

The Supreme Court upheld the ruling in May.

Legal proceedings over Mustac's extradition to Croatia are still under way.

Zagreb extradited the two men to Germany in 2014, after their case had strained its ties with the European Union.

Just days before joining the bloc in July 2013, Croatia changed a key law, making it impossible to extradite persons wanted for crimes committed before August 2002.

The move left the country sharply at odds with its EU partners, notably Germany, which was seeking Perkovic's arrest.

Local media speculated then that Croatia was reluctant to extradite Perkovic out of fear that he possessed compromising information on influential people in the Balkan country.

But the government said its aim was to protect veterans of the 1990s independence war from being investigated by the EU.

Under pressure from Brussels, Zagreb finally amended the law, paving the way for the men's extradition.

Djurekovic was killed in the Bavarian town of Wolfratshausen by three still unidentified assailants, who shot him multiple times and beat him with an axe.

Prosecutors had said the motive was to silence Djurekovic, who had information about alleged illegal business dealings by the son of a leading Yugoslav politician.