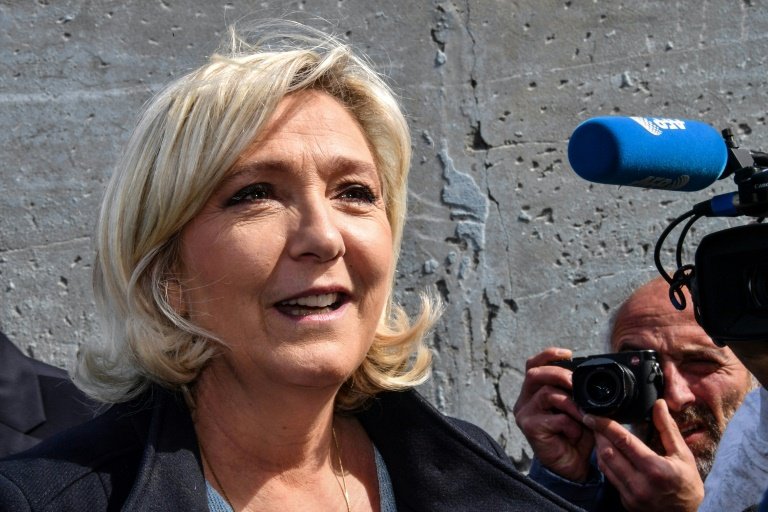 Le Pen shared the gruesome images in December 2015, a few weeks after IS jihadists killed 130 people in attacks in Paris.

A judge in the western Paris suburb of Nanterre ordered that the National Rally leader stand trial on charges of circulating "violent messages that incite terrorism or pornography or seriously harm human dignity" and that can be viewed by a minor.

Last year, an investigative magistrate called for Le Pen to undergo psychiatric tests in connection with the IS tweets.

The 50-year-old trained lawyer, whose party topped France's vote in the recent European elections, has denounced the case as a violation of her freedom of expression.

She tweeted the images after a French journalist drew a comparison between Islamic State group and her party.

One of the pictures showed the body of James Foley, an American journalist beheaded by the Sunni extremists.

Another showed a man in an orange jumpsuit being run over by a tank, and the third a Jordanian pilot being burned alive in a cage.

"Daesh is this!" Le Pen wrote in a caption, using an Arabic acronym for IS.

The prospect of a trial is a further legal blow for Le Pen, who was ordered last month to reimburse the European Parliament nearly 300,000 euros in funds she was accused of defrauding the EU.

The parliament claimed she used funds destined for EU parliamentary assistants to pay an aide for work carried out in France.