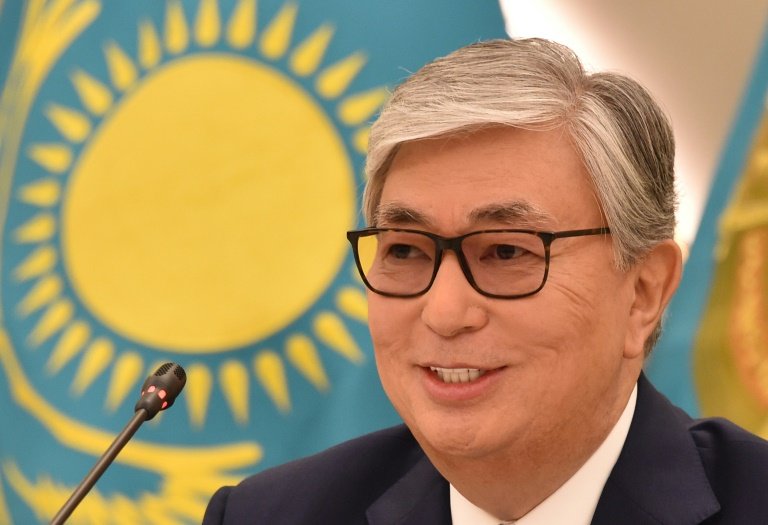 Tokayev has become only the country's second elected president / © AFP/File

Kassym-Jomart Tokayev, the hand-picked successor to Kazakhstan's longtime ruler, was inaugurated as president Wednesday after winning an election marred by a police crackdown and slammed by foreign monitors for "voting irregularities".

The career diplomat became only the country's second elected president, succeeding 78-year-old Nursultan Nazarbayev, who stepped down in March after ruling since Soviet times.

During the inauguration in the capital Nur-Sultan, Tokayev, 66, pledged that "different opinions, united nation" would be a slogan of his presidency.

He was shown kissing the state flag in a ceremony broadcast on state television that was watched over by Nazarbayev and marked in ceremonial pomp by the national anthem and artillery salutes.

Speaking in both Kazakh and Russian during the ceremony, Tokayev said that the results of Sunday's polls which he won with over 70 percent of the vote showed that the people had "supported the strategy of Elbasy", which translates from Kazakh as 'Leader of the Nation' and refers to Nazarbayev's constitutionally designated status. 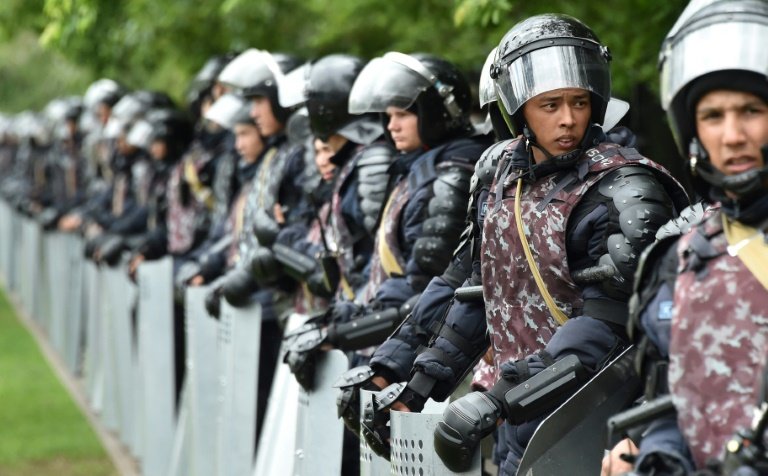 Nazarbayev's announcement that he was stepping down and naming Tokayev interim leader shocked Kazakhs who had lived under his rule for almost 30 years.

But the strongman, who turned the country of 18 million people into an energy powerhouse while governing with little tolerance for opposition, is still expected to call the shots from behind the scenes.

Along with his role as 'Leader of the Nation', which affords him unique policymaking privileges, he is the lifelong chairman of the country's powerful security council and the leader of the ruling party that nominated Tokayev for the vote.

The interior ministry said that 500 citizens were arrested in protests called by Nazarbayev's foreign-based nemesis Mukhtar Ablyazov on Sunday, and a further 200 on Monday.

Some protesters on Sunday told AFP they did not identify with Ablyazov's banned Democratic Choice of Kazakhstan (DCK) movement but would continue to protest against a vote they view as illegitimate.

Observers from the Organization for Security and Co-operation in Europe(OSCE) said Monday the election had been characterised by "a lack of regard for fundamental rights, including detentions of peaceful protesters, and widespread voting irregularities on election day." 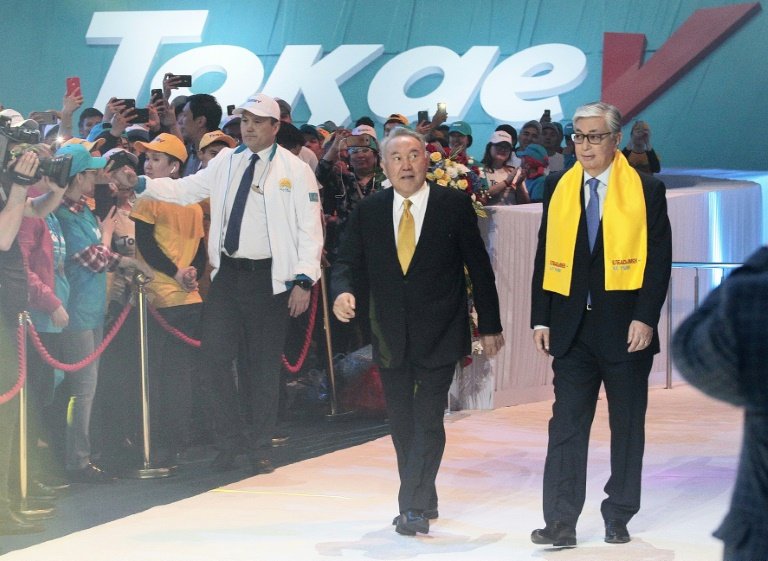 Hundreds took to the streets on Monday in a protest unrelated to those called by Ablyazov, after a popular Kazakh poet was detained for calling an unsanctioned rally calling for the election results to be cancelled.

Rinat Zaitov, who has a strong following on social media, was later released, but scores of protesters continued to roam the streets of the country's largest city Almaty late into the night.

Tokayev has pledged to create a "dialogue with society" as president but there are doubts over what he can achieve as a long-serving insider in a regime strongly resistant to political reforms.

On Wednesday he pledged to create a "national council of public trust" to increase public participation in policymaking.

He also pledged to "seriously refresh social policies" in comments that appear designed to head off the protest mood.

Public dissatisfaction with law enforcement has deepened since election day as internet users shared footage of elderly protesters being detained and some citizens unconnected to the protests being manhandled into a police van.

Several journalists, including two AFP correspondents, were also detained on election day as part of a police response that Tokayev has publicly supported.

Dimash Alzhanov, a political scientist and campaigner for police reform who was detained twice before being released on Sunday and Monday, told AFP Wednesday that he doubted Tokayev's pledge to boost civil society and grow public trust.

"(Tokayev) is illegitimate because he was elected with major violations. Before talking about public trust he should institute serious political reforms that show the system's relationship to citizens is changing," Alzhanov told AFP by telephone.

The country's state prosecutor warned Wednesday that protesters would continue to be detained for participating in "illegal" rallies, with further protests expected later in the day.