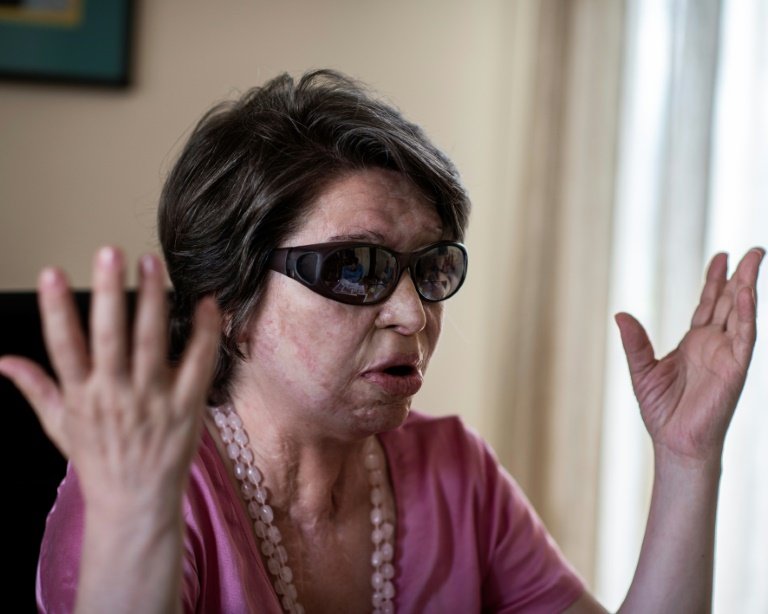 Constantina Kuneva was a little-known cleaner and union activist from Bulgaria struggling to get by in Greece when she suffered a horrific acid attack near her home just before Christmas 2008.

While she never fully recovered from her injuries, she did manage to rebuild her life, to the point that she has just completed a five-year term in the European Parliament.

What she witnessed in that role has her worried about what she sees as a wave of anti-worker conservative legislation reaching Greek shores as the country struggles to recover from economic crisis.

Back in 2008, Kuneva was working to improve working conditions for cleaners as general secretary of the Athens association of cleaners.

An unknown assailant poured acid on her face and down her throat, an attack believed to be linked to her union activities.

She lost sight in one eye and suffered serious damage to her vocal chords and other internal organs. She was hospitalised for months and underwent additional treatment in France.

Such are her injuries that even now, the 54-year-old mother cannot sleep lying down. And when she speaks, she still has to pause frequently, to draw breath.

Yet even in frail health, Kuneva has become a symbol of Greek labour activism.

- 'We stand to lose our labour rights' -

After five years as a European deputy for Prime Minister Alexis Tsipras's leftist Syriza party, Kuneva is worried by the rise of neoliberal economic policies in Europe.

"We stand to lose our labour rights," she says.

Kuneva warns that a recent law in Austria extending the maximum working week to 60 hours (or 12 hours per day) sets a bad precedent for countries elsewhere in Europe.

And in Romania, the government in 2018 shifted most of the burden of paying social security from employers to employees, she adds.

Tsipras called the snap ballot after his party lost European parliament elections in May and local elections earlier in June. 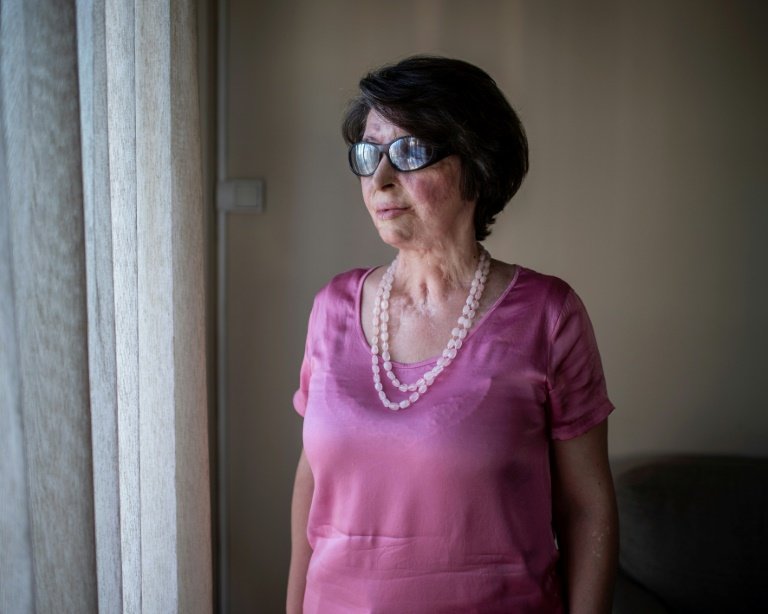 'I have heard there are good employers in Greece. Personally, I have not met any,' says Kuneva / © AFP

New Democracy leader Kyriakos Mitsotakis has pledged to create jobs through growth, foreign investment and tax cuts. But the conservatives frown on years of social spending by Tsipras.

Mitsotakis this week said obstacles to business ought to be "steamrolled."

While Kuneva is not a Syriza member, she believes the leftist government tried its best to redistribute income, even after being forced into an austerity compromise by Greece's creditors.

"This government cared for the poor... it tried to help Greeks. It saved money for social policies, helping poor families," she told AFP.

"When I meet poor people, they burst into tears thinking that one of the previous governments that impoverished the country might return to power," she said.

Syriza sharply increased taxes to build a fiscal surplus demanded by the country's creditors. But it also extended free state healthcare to the uninsured, and promoted income redistribution programmes to help the poor with rent, electricity benefits and school meals.

The economy inched out of recession and unemployment fell from nearly 26 percent when Syriza took power to 18.5 percent earlier this year.

Kuneva says it still "pains" her that Greece lacks a comprehensive framework protecting the rights of domestic staff. They usually work without social insurance and are often at the mercy of unscrupulous employers.

At her office overlooking a busy Athens highway, she frequently meets with Greek and migrant workers seeking her advice on labour violations.

"They tell me that their employers are holding back salaries, blackmail them into signing fake employment documents, or unfairly fire them."

"I have heard there are good employers in Greece. Personally, I have not met any," she notes.

Kuneva never found justice for the 2008 acid attack. The case went to the Supreme Court but no suspects were ever located, and no damages were ultimately awarded to her.

Kuneva believes the person who attacked her and possible accomplices are probably dead, silenced to cover the tracks of those who gave the order.

Kuneva failed to secure re-election to the European parliament in May.

But she will use the time to catch up on long-neglected treatment of her injuries, and see her son, who is studying in Britain.

"I hope he makes it... I'll be watching with great interest. But right-wingers usually view the disabled as a burden," said Kuneva.

"This is a five-year battle, every day. And disabled or not, in the European parliament you only get a minute to speak, same as everybody else."