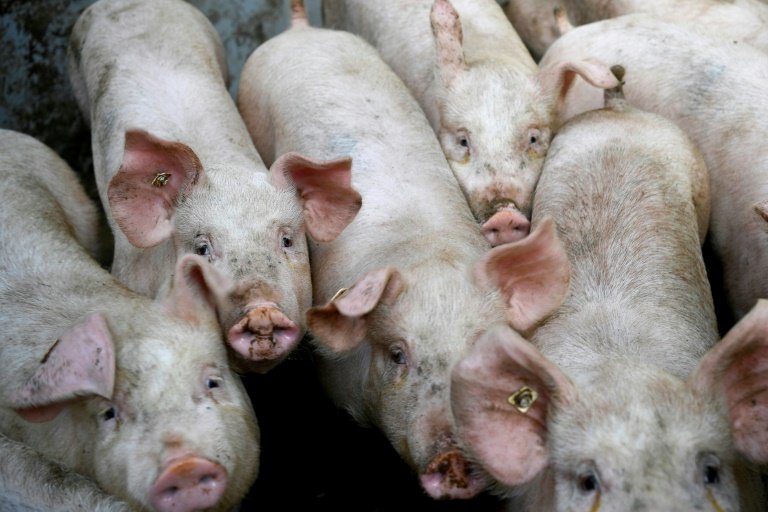 African swine fever, fatal to wild boar and pigs but harmless to humans, has cut a swathe through China, Vietnam and Mongolia / © AFP/File

North Korea is taking emergency measures to prevent the spread of the highly contagious African swine fever, its state media said Wednesday, weeks after confirming an outbreak in the isolated country.

The virus, fatal to wild boar and pigs but harmless to humans, has cut a swathe through China, Vietnam and Mongolia before reaching the isolated country.

Last month, Pyongyang told the World Organisation for Animal Health that 77 out of 99 pigs had died from the disease at a farm near the China border, according to the South's agriculture ministry.

Seoul has expressed concern over the possible spread of the disease across the border and repeatedly offered to assist with quarantine efforts, but said Pyongyang had yet to respond.

"Emergency preventive efforts are actively underway all across the country to block the spread of the African swine fever," it said.

"If a highly contagious disease like the African swine fever spreads... it could lead to the culling of herds of farm animals."

African swine fever has devastated supply chains in China -- the world's largest consumer of pork -- where authorities have ordered the culling of hundreds of thousands of pigs.

The outbreak could worsen food shortages in the impoverished North, where food production has hit the lowest level since 2008, according to the World Food Programme.