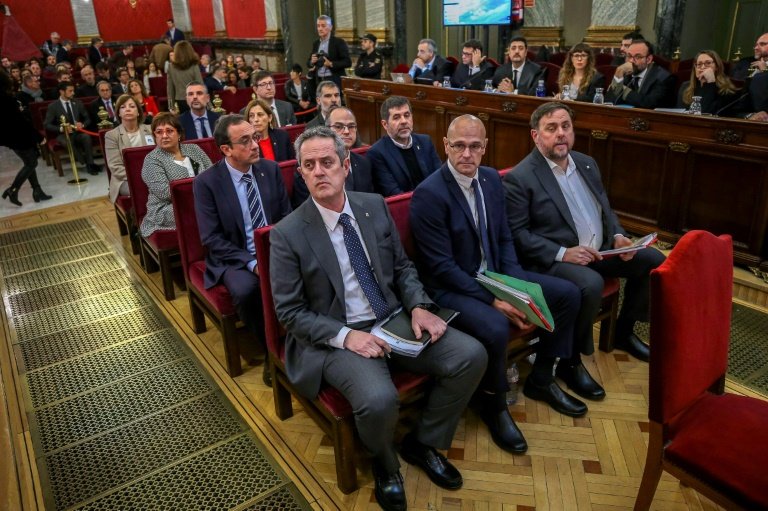 The four-month trial of Catalan separatist leaders accused of rebellion or disobedience for trying to make their region independent from Spain ended on Wednesday.

The 12 defendants have been in the dock in Madrid every week since February, in a case that rattled the Spanish state and laid bare bitter divisions in the country.

Thousands of supporters took to the streets of Barcelona in the evening to express their solidarity with the "political prisoners".

"When the sentences are handed down, we will have to engage in massive civil disobedience," said Silvia Macia, one of the protesters.

The Supreme Court has scrutinised their role in organising an illegal referendum on secession and a short-lived declaration of independence in October 2017.

The court is not expected to pronounce its judgement until later in the year.

Their supporters say the "political prisoners" are being repressed by the Spanish state while the accused have already talked of taking their case to the European Court of Human Rights.

Opponents say they broke the law and put Spain's unity in peril in the country's worst political crisis since its transition to democracy in the 1970s.

Surveys indicated that around 47 percent of people in Catalonia favour independence for the wealthy northeastern region. 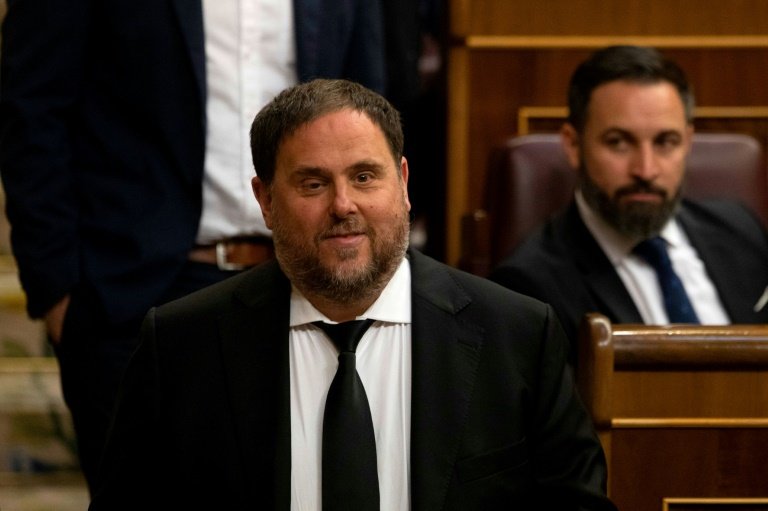 Nine of the defendants are charged with rebellion, including Catalonia's former vice-president Oriol Junqueras, who risks 25 years in jail.

In his last comments to the court on Wednesday, Junqueras was defiant.

"Voting... and defending the republic from a parliament can not be a crime," he said.

"Do you really think that the Catalans will end their struggle for their right of self-determination because of a legal decision," said Jordi Cuixart, another of the accused.

The three other defendants face lesser charges of disobedience and misuse of public funds.

Some of the key figures in Catalonia's independence drive have been behind bars for more than a year and a half pending the trial.

Catalonia's former president Carles Puigdemont, the main protagonist of the secession attempt, was conspicuously absent after he fled Spain.

In Puigdemont's absence, his former deputy Junqueras, 50, has been the lead focus of the case. 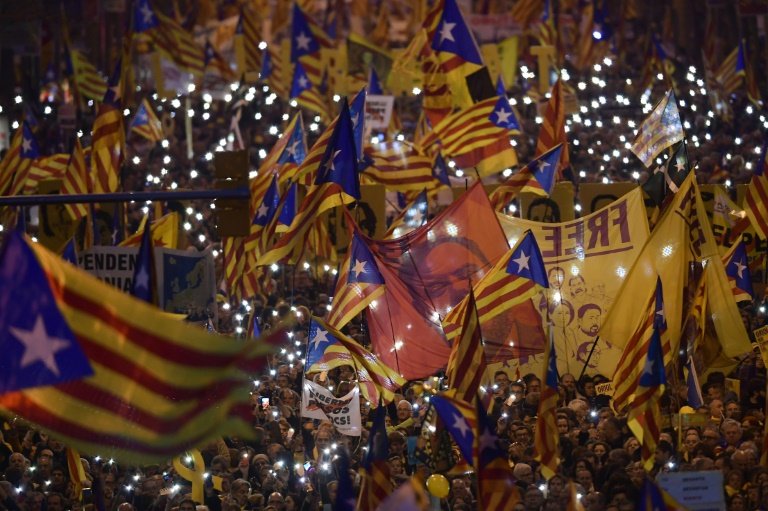 Thousands rallied in support of the jailed Catalan separatists / © AFP/File

"I am being prosecuted for my ideas and not for my actions," Junqueras told the court in February.

Prosecutors retorted that the defendants were on trial for having broken the law, not for their opinions.

Despite being in detention, Junqueras was elected as a lawmaker in the national parliament in an April general election along with four other fellow defendants. They were later suspended from parliament.

On May 26, Junqueras was also elected to the European Parliament and he says he hopes to keep that post, although how that will happen remains to be seen.

"No matter what it is, the sentence will be interpreted by the independence movement as an element to hold on to, to try to mobilise its camp again," said politics professor Oriol Bartomeus.

He said the sentence could push Catalonia's separatist-led government into calling snap regional elections or even "a reaction like disobedience".

Bartomeus added however that the trial did not appear to have swayed opinion in either camp in Catalonia.

"The trial will have been useful to strengthen an independence movement that had been left without much horizon or road ahead" months after the secession bid, he said.

Still, the trial and the broader secession crisis in Catalonia continue to impact national politics.

Earlier this year, Spain's Prime Minister Pedro Sanchez was forced to call a snap election on April 28 after his 2019 budget failed to be voted through. Catalan separatist lawmakers had refused to back it, partly in solidarity with those on trial.

One of the most controversial elements of the trial has been the charge of rebellion levelled at nine of the defendants.

Under Spanish law, rebellion is a serious offence that implies a violent uprising.

Defence lawyers and independence supporters insist there was no violence.

The charges rest on "an account of events that does not correspond to the reality of what happened," one of the defence lawyers, Marina Roig, said Wednesday. 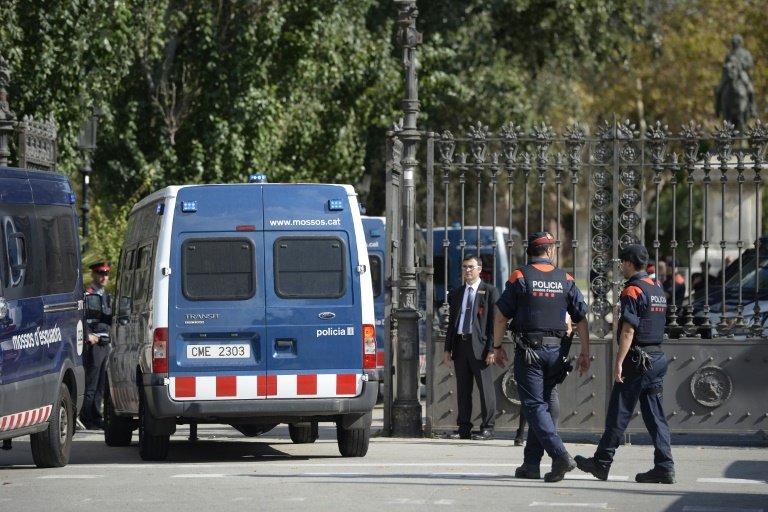 Prosecutors say the defendants "fomented, favoured and sought direct confrontation between the crowds of citizens and police," particularly during the banned independence referendum on October 1, 2017, which was marred by police violence.

On Tuesday, Junqueras's lawyer Andreu Van den Eynde said there may have been disobedience but never rebellion. He accused prosecutors of "bias and exaggeration."

The trial's chief prosecutor Javier Zaragoza, however, has said the secession bid was a "coup d'etat" aimed at "wiping out the Spanish constitution."