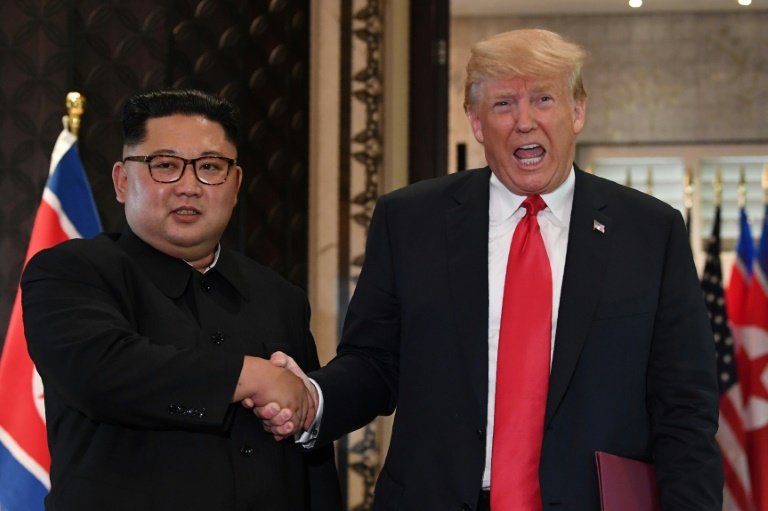 US President Donald Trump (R), seen here with Kim Jong Un in Singapore on June 12, 2018, says he has received another "beautiful letter" from the North Korean leader / © AFP/File

President Donald Trump said Tuesday that he has received another "beautiful letter" from Kim Jong Un and expressed openness to holding a third summit with the North Korean leader.

Indicating that he continues to trust Kim, despite making little progress in efforts to get Pyongyang to give up nuclear weapons, Trump said the North Korean strongman "has kept his word."

"That's very important to me," he said at the White House.

Trump did not divulge what was in the letter from Kim. He has described previous letters as "beautiful" and even said that he and the leader of one of the world's most repressive countries "fell in love."

Trump has made history by meeting twice with Kim in a bid to lure North Korea into giving up nuclear weapons. However, US intelligence officials say Pyongyang has no intention of following through.

Despite widespread perceptions that the last summit, held in Hanoi in February, was a failure, Trump said he would be open to an eventual third meeting.

"It could happen but I want to bring it further down the line," Trump said.

"We're ready when they are," he told The Wall Street Journal on Tuesday.