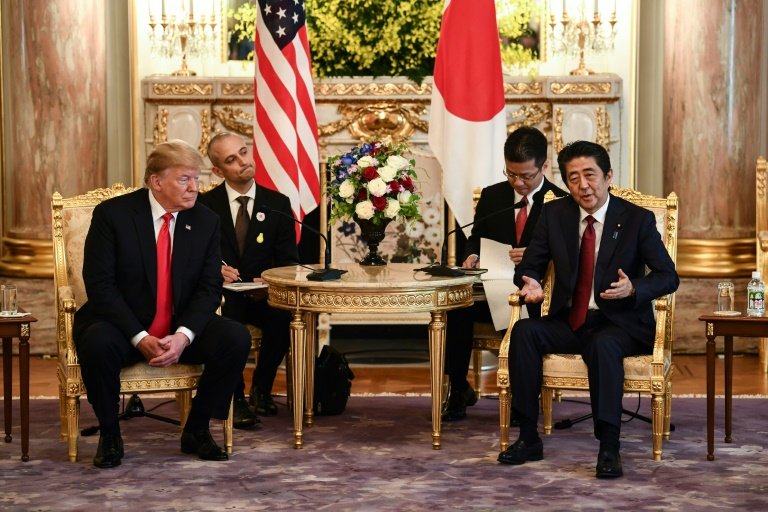 Trump and Abe have forged a close diplomatic relationship / © AFP

After a fun-filled weekend of golf and sumo US President Donald Trump and Japanese Prime Minister Shinzo Abe are set to hold formal talks Monday, with trade and tensions with North Korea topping the agenda.

Speaking after summit talks with Japanese Prime Minister Shinzo Abe, Trump seemed at pains to dial down tensions in the world's two most pressing flashpoints as the US faces increasingly bellicose regimes in Tehran and Pyongyang.

Iran "has a chance to be a great country, with the same leadership. We're not looking for regime change, I want to make that clear. We're looking for no nuclear weapons," said the president.

"I really believe that Iran would like to make a deal. I think that's very smart of them and I think there's a possibility for that to happen also."

Washington has decided to deploy 1,500 additional troops to the Middle East amid growing friction with Iran after Trump pulled out of a landmark nuclear deal and later re-instated tough sanctions. 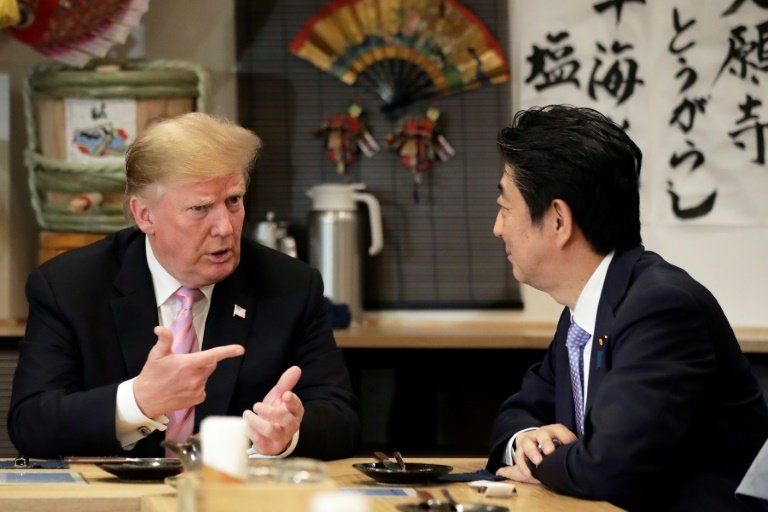 Trump also appeared to give backing to his host Abe to mediate, amid reports the Japanese prime minister is considering a trip to Tehran to negotiate.

"I know for a fact that the prime minister (Abe) is very close with the leadership of Iran... nobody wants to see terrible things happen, especially me," Trump said before the summit.

Addressing the other hot-button issue in international diplomacy, Trump doubled down on his backing for Kim despite two short-range missile tests that sparked renewed concern in the region after a period of relative calm.

Asked about the missile tests, Trump said: "My people think it could have been a violation... I view it as a man who perhaps wants to get attention." 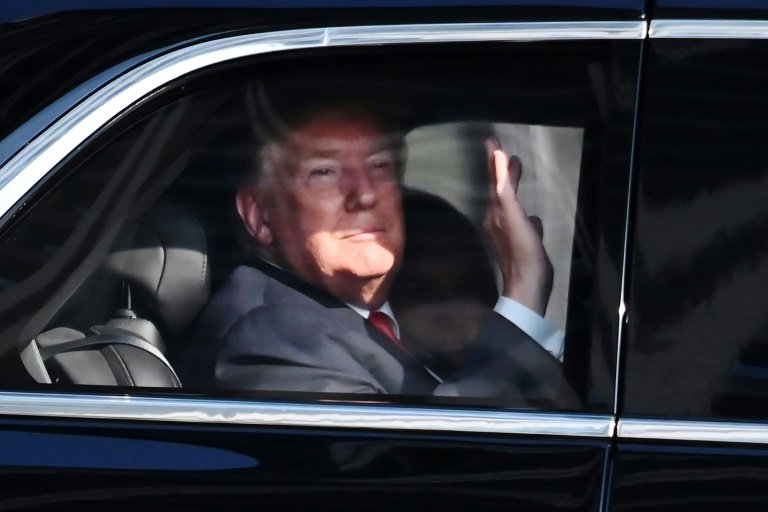 Trump is on a four-day feelgood mission to Japan / © AFP

This appeared to be a second put-down of his hawkish National Security Advisor John Bolton, who said Saturday the launches contravened UN Security Council resolutions.

Kim "is looking to create a nation that has great strength economically," said Trump, repeating his oft-held view there was "tremendous economic potential" in North Korea.

"He knows that with nuclear, that's never going to happen. Only bad can happen. He is a very smart man, he gets it well," said the president, who even sided with the North Korean leader in criticising Joe Biden, who could be his main rival in next year's presidential election.

"Kim Jong Un made a statement that Joe Biden is a low IQ individual. He probably is, based on his record, I think I agree with him on that," said the president.

For his part, Abe stated the launches were a violation of UN resolutions and reiterated Tokyo's stance that they were "very regrettable".

Abe said he had won Trump's blessing to hold face-to-face talks "without preconditions" with Kim in a bid to resolve the issue of Japanese citizens kidnapped by North Korea decades ago -- a burning domestic political issue.

Trump was in Japan as the first foreign leader to visit the country's newly enthroned Emperor Naruhito, which he described as a "great honour". 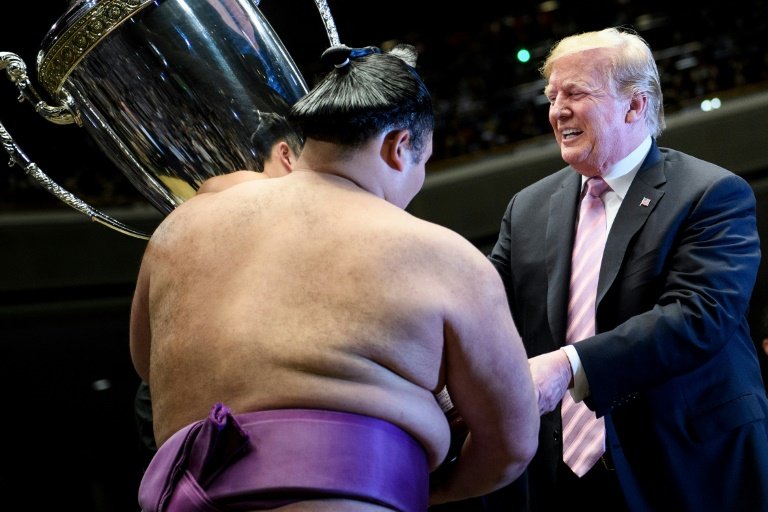 In the morning, Trump, dressed in a dark suit and red tie, reviewed the Japanese honour guard and greeted dozens of Japanese and visiting US officials as a military band played.

Naruhito, wearing a light blue tie, and his wife Empress Masako, who was in a white hat and jacket, accompanied Trump and his wife Melania, who wore a summery white dress and tall red high heels.

Monday marked the start of the official programme for the two leaders after a fun-filled weekend of sumo, golf and meals out. Trump said Sunday he was having a "great time" with his friend and close ally Abe.

Abe was hoping that their diplomatic bromance would act to his advantage in delicate trade talks between the world's number-one and number-three economies.

And this seemed to have had some effect, with Trump saying that "much" of that deal would wait until Abe faces upper house elections likely in July -- as rumours swirl that the popular prime minister will combine that vote with a snap general election.

In the evening, Trump and his wife Melania will be back at the palace for a banquet.

That will mark the lavish high point in a Japan visit laden with feel-good moments aimed at celebrating US-Japanese ties at a time of growing regional uncertainty due to US trade policies, a rising China and nuclear-armed North Korea.