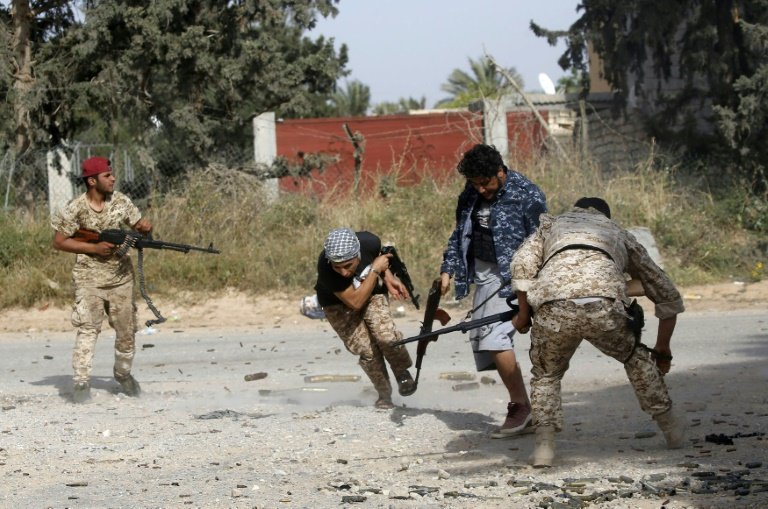 Two Libyan journalists held by an armed group for more than three weeks have been released, the television channel they work for said Saturday.

"We congratulate the press world for the release of our two colleagues, Mohamad al-Gurj and Mohamad al-Chibani, who were kidnapped by Haftar's forces on May 2 while they were covering the assault on Tripoli," said the private channel Libya al-Ahrar, which is based in Turkey.

It said they were freed on Friday.

The capital's southern suburbs have been the target of an offensive launched April 4 by Khalifa Haftar, military strongman of an eastern administration aimed at seizing Tripoli from an internationally-recognised Government of National Accord (GNA).

At least 510 people have been killed and around 2,500 wounded in the fighting, as well as more than 80,000 displaced, according to UN agencies.

The release of the television journalists followed local and international condemnation of their detention, including from media watchdog Reporters Without Borders (RSF).

In a press freedom index compiled by RSF, Libya ranks a lowly 162nd out of 180 countries.