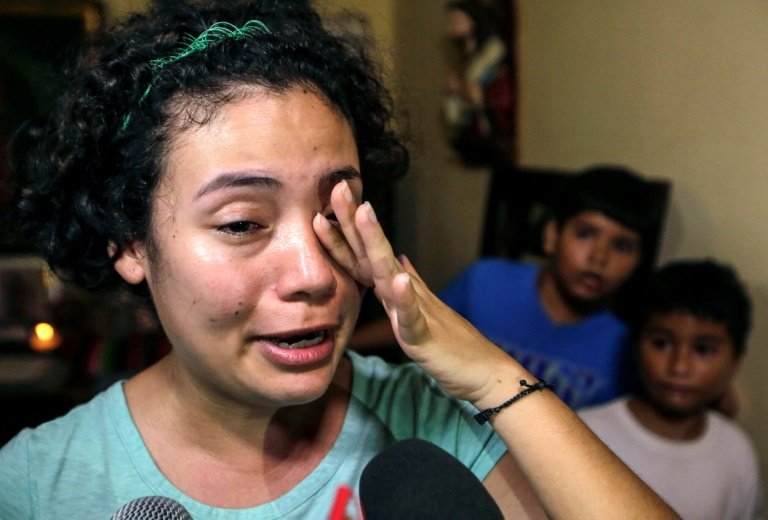 Some opposition protesters arrested during unrest in 2018 have been released from prison, but only to house arrest / © AFP

The Inter-American Court of Human Rights has called on Nicaragua's authorities to protect the lives, health and physical well-being of 17 prisoners detained for taking part in protests against President Daniel Ortega's government.

Among those on the list are the journalists Miguel Mora and Lucia Pineda from the now-closed down 100% Noticias television channel, and half-Belgian student leader Amaya Coppens.

"There are enough elements to identify an extremely serious situation and, therefore, the urgent need to adopt measures to avoid irreparable damages to the health, life and well-being" of the 17 opposition detainees, the court said on Tuesday.

Others on the list include student leader Edwin Carache and Medardo Mairena, head of the Nicaraguan Peasant Movement.

Hundreds of opposition leaders and protesters were detained during four months of unrest, which began in April 2018 as a protest against a short-lived pension reform and morphed into a broader revolt against the Ortega regime.

Clashes between protesters and security forces left at least 325 people dead, hundreds in prison and more than 60,000 in exile.

In peace talks that began earlier this year with the opposition, the government agreed to release all opposition prisoners by June 18.

But the opposition claims authorities have shown little sign of complying, while those that have been released -- including another 100 on Monday -- have been subsequently placed under house arrest.

Last week, an opposition protester, Eddy Montes was shot dead at a prison near the capital Managua during what the interior ministry said was a prisoner mutiny.

However, a lawyer for opposition prisoners said there was evidence Montes was shot in the back.