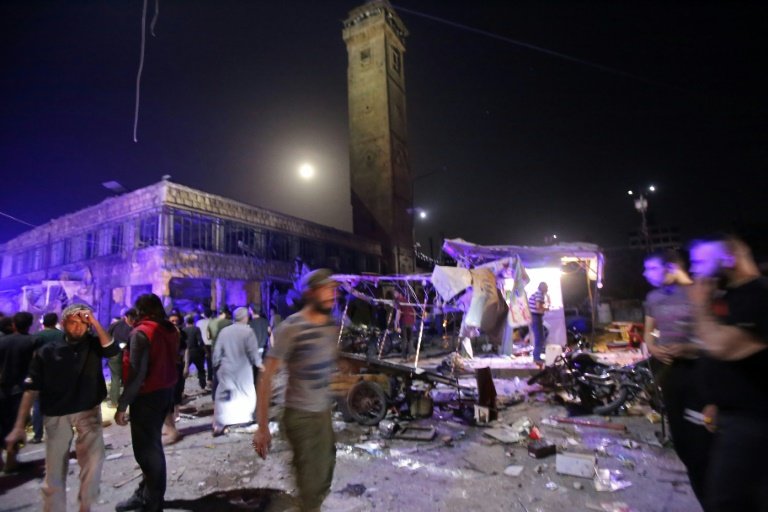 Syrian government air strikes killed 18 civilians, including a dozen people at a busy market, as fierce fighting raged for the jihadist-held northwest, a war monitor said on Wednesday.

Regime forces battled to repel a jihadist counteroffensive around the town of Kafr Nabuda that has left 70 combatants dead in 24 hours, the Syrian Observatory for Human Rights said.

The jihadist-dominated region is nominally protected by a buffer zone deal, but the government and its ally Russia have escalated their bombardment in recent weeks, seizing several towns on its southern flank.

At least 12 people were killed and another 18 wounded when regime warplanes hit the jihadist-held Idlib province town of Maarat al-Numan around midnight (2100 GMT) on Tuesday, the Observatory said. 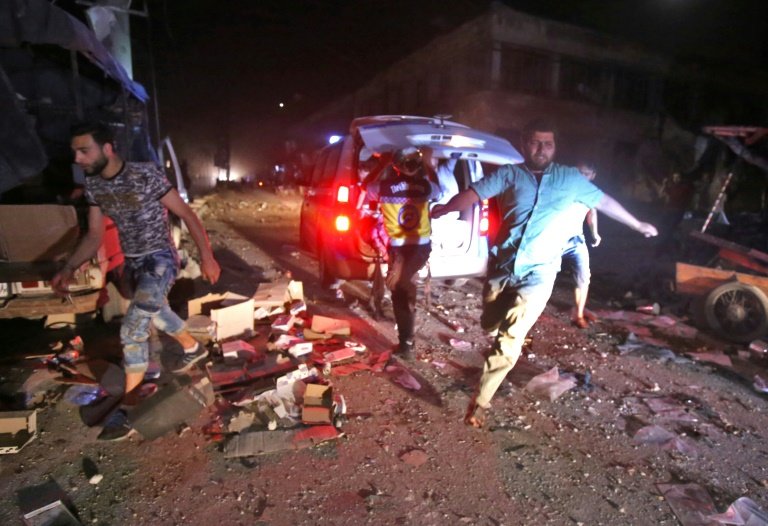 The market was crowded with people out and about after breaking the daytime fast observed by Muslims during the holy month of Ramadan.

The bombardment blew in the facades of surrounding buildings, and ripped through the flimsy frames and canvas of stalls in the market square, an AFP photographer reported.

The bodies of market-goers were torn apart.

Three more civilians were killed on Wednesday by air strikes in the nearby town of Saraqib, the Observatory said.

Two others were killed in strikes on the town of Maaret Hermeh, it added.

Another civilian was killed in air raids on the town of Jisr al-Shughur, the monitor said.

The Britain-based Observatory relies on a network of sources inside Syria and says it determines whose planes carried out strikes according to type, location, flight patterns and munitions.

The strikes came as heavy clashes raged in neighbouring Hama province after the jihadists launched a counterattack on Tuesday.

Fresh fighting on Wednesday took the death toll to 70 -- 36 regime forces and militia and 34 jihadists, the Observatory said.

It said the jihadists had recaptured most of Kafr Nabuda from government forces, who had taken control of the town on May 8.

State news agency SANA on Wednesday however said the army repelled a jihadist attack in the area, killing dozens of insurgents. 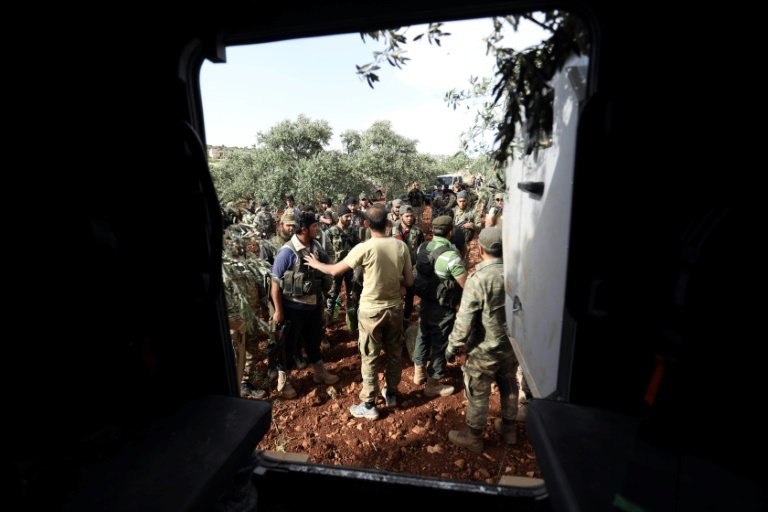 Russia and rebel ally Turkey inked the buffer zone deal in September to avert a government offensive on the region and protect its three million residents.

But President Bashar al-Assad's government upped its bombardment of the region after HTS took control in January.

Russia too has stepped up its air strikes in recent weeks.

The Observatory says nearly 200 civilians have been killed in the flare-up since April 30.

The United Nations said Wednesday that Idlib's civilian population once again faced the threat of an all-out offensive.

"A full military incursion threatens to trigger a humanitarian catastrophe for over 3 million civilians caught in the crossfire, as well as overwhelm our ability to respond," said David Swanson, a spokesman for the UN humanitarian office.

Swanson said more than 200,000 people have been displaced by the upsurge of violence since April 28.

A total of 20 health facilities have been hit by the escalation -- 19 of which remain out of service, Swanson said.

Collectively they served at least 200,000 people, he added.

The September deal was never fully implemented as jihadists refused to withdraw from a planned buffer zone around the Idlib region.

But it ushered in a relative drop in violence until earlier this year, with Turkish troops deploying to observation points around the region.

The Syrian government has accused Turkey of failing to secure implementation of the truce deal by the jihadists.

"The regime is doing all that it can to break the status quo including using barrel bombs, land and air offensives," Akar told reporters.

"Turkish armed forces will not take a step back from wherever they may be", he however added.

Earlier, the US State Department said it was assessing indications that the government had used chemical weapons on Sunday during its offensive in Idlib.

HTS accused government forces of launching a chlorine gas attack on its fighters in the northern mountains of Latakia.

But the Observatory said Wednesday it had "no proof at all of the attack".