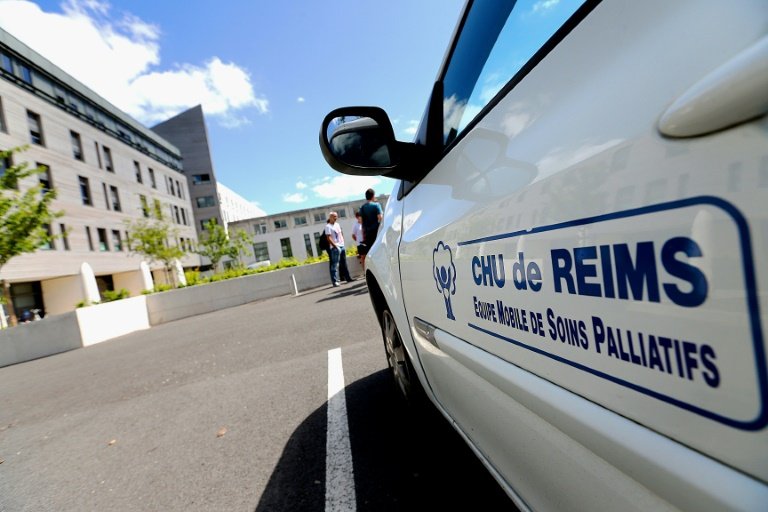 The parents of a Frenchman kept alive in a vegetative state for a decade will on Monday try to have the doctor caring for their son removed before he halts life-sustaining treatment the same day, their lawyers said.

The last-ditch move by the parents of Vincent Lambert -- left quadriplegic with severe brain damage after a 2008 car accident -- aims to have the doctor immediately struck off France's medical register, the lawyers said in a statement Sunday.

The parents would also seek to have the doctor, Vincent Sanchez, criminally prosecuted and lodge new appeals to continue care for Lambert, they added.

The flurry of legal action spoke to the desperation of the parents just ahead of the planned halt Monday of the nutrition and hydration Lambert receives in the Sebastopol Hospital in the northern French city of Reims.

They have already pleaded with President Emmanuel Macron to step in and override the court order.

But the case has torn their family apart, pitting them legally and emotionally against other relatives who concur with doctors that the humane path given Lambert's condition is to end life support.

In 2014, the doctors, backed by Lambert's wife Rachel, five of his siblings and his nephew Francois, decided to stop his nutrition and hydration in line with France's passive euthenasia law.

His parents, devout Catholics, and his half-brother and sister obtained a court order to block the move on grounds his condition might improve with better treatment.

But early this year, a French court sided with Dr Sanchez's decision to stop the care keeping Lambert, now aged 42, alive, in line with the country's laws permitting passive euthanasia.

France's Conference of Bishops added its voice to the controversy Saturday, calling on authorities to wait on an opinion being worked on by a UN committee on disabled rights.

"Why this rush to lead him to death?" the clerics asked in a statement.