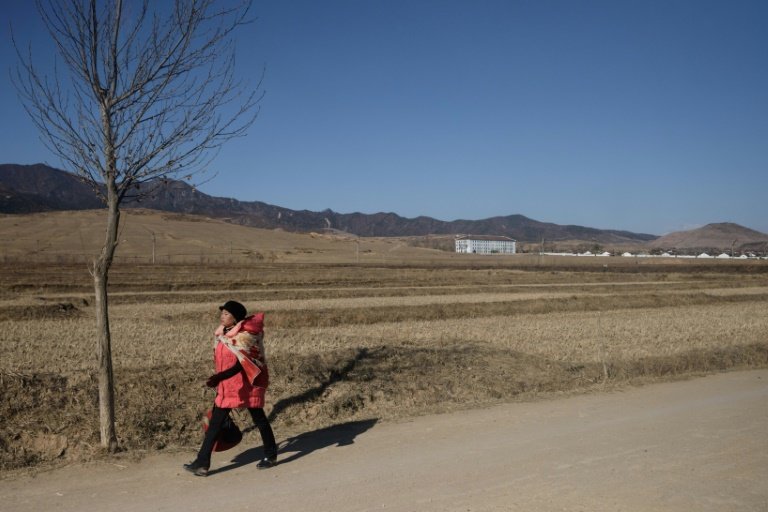 North Korea, which is under several sets of sanctions over its weapons programmes, has long struggled to feed itself and suffers chronic food shortages / © AFP/File

The isolated, impoverished nation -- which is under several sets of sanctions over its nuclear weapon and ballistic missile programmes -- has long struggled to feed itself and suffers chronic food shortages.

A number of international organisations, including the United Nations World Food Programme (WFP), have said minor disasters, including drought, can significantly worsen and hamper food production in the country.

From January to early May this year, North Korea only received 54.4 millimetres of rain or snow, the smallest amount since the same period in 1982, the state-run KCNA said, describing the situation as "an extreme drought".

Last month, the WFP and the UN's Food and Agriculture Organisation said in a joint report that North Korea's crop output last year hit the lowest level since 2008, and that an estimated 10 million people -- 40 percent of the entire population -- are in urgent need of food.

"The situation could further deteriorate during the lean season from May to September, if no proper and urgent humanitarian actions are taken," the report said.

The WFP executive director David Beasley was in Seoul earlier this week, and said he is "very concerned" about food situation in the North during his meeting with the South Korean Unification Minister Kim Yeon-chul.

A Unification Ministry official said Tuesday it is "necessary" to send food aid to the North sometime between May and September as recommended by the WFP report.

Seoul in 2017 had aimed to send $4.5 million worth of nutritional products to North Korea through the WFP, but that never happened partially due to Pyongyang's nuclear tests that year.

Early seasonal drought in the North this year could exacerbate "hunger, malnutrition and health problems" for "thousands of children, pregnant and breastfeeding women" in North Korea, the International Federation of Red Cross said last week.

"Even before this drought, one in five children under five years old was stunted because of poor nutrition. We are concerned that these children will not be able to cope with further stress on their bodies."