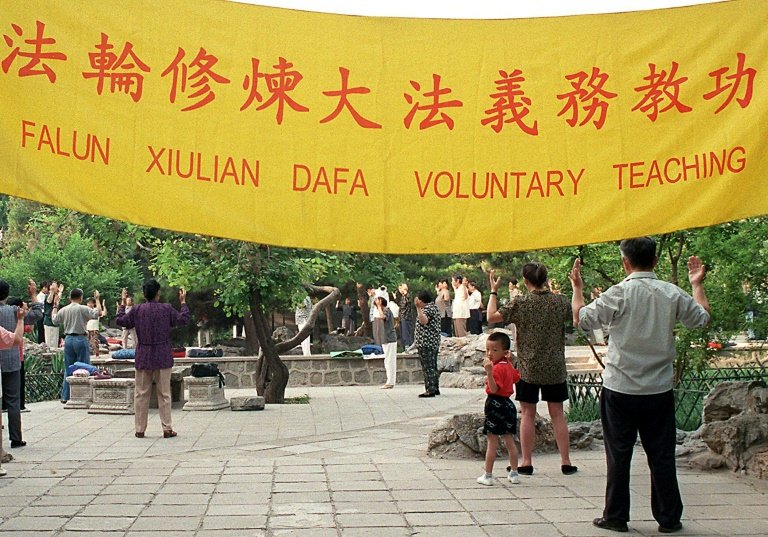 The Falungong triggered a relentless Chinese government crackdown against the movement when thousands of its members protested around Communist Party headquarters in Beijing 20 years ago.

The government outlawed the group following the April 25, 1999 demonstration.

Now deemed an evil cult by Chinese authorities, the group has gone underground in China while its followers abroad can be seen in public parks doing slow meditative exercises and espousing the values of "truthfulness, compassion and forbearance".

On the 20th anniversary of the protest, here are four key questions about Falungong and how it became one of the Chinese government's biggest taboos:

The spiritual movement was founded in 1992 by Li Hongzhi, a former employee of a state-owned grain company from northeast China. Within years he had amassed tens of millions of followers. 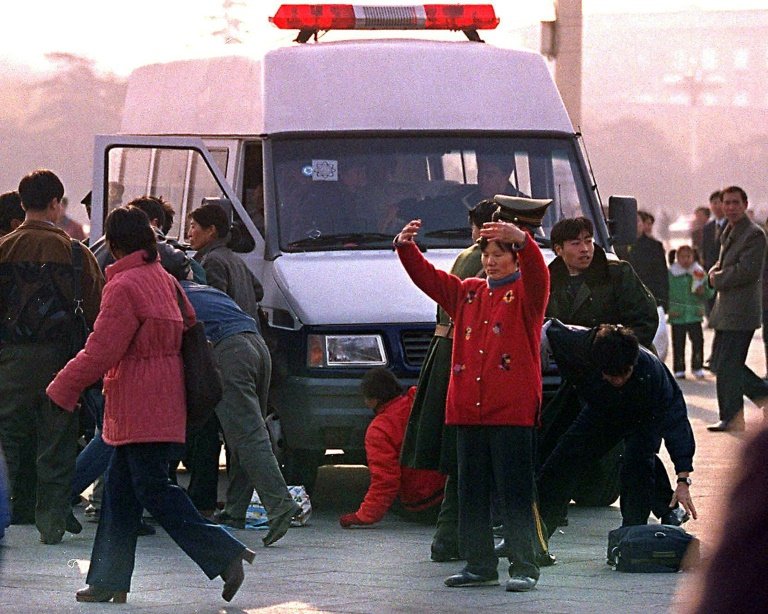 Falungong espouses a set of exercises based on Qigong, an ancient system of exercises involving controlled breathing that practitioners believe enhances overall health by promoting the circulation of vital energy within the human body.

Though it insists is is not a religion, Falungong also emphasises moral teachings mixing Buddhist and Taoist philosophies.

The Chinese government once supported the movement and encouraged the practice to ease the burden on a creaky health system.

A major turning point came on April 25, 1999, when over 10,000 Falungong followers encircled Zhongnanhai, the Communist Party’s headquarters in Beijing -- the largest demonstration in Beijing since the Chinese army crushed the Tiananmen Square student protests a decade earlier. 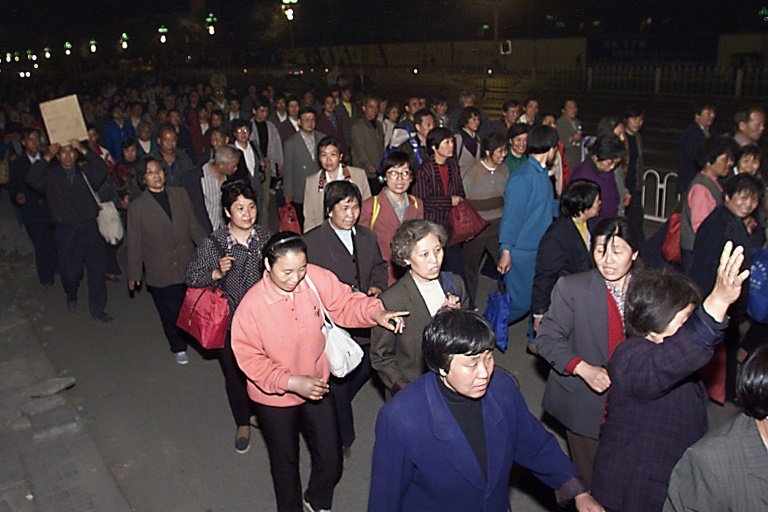 A group of more than 10,000 protesters march in support of the Falungong spiritual movement in Beijing in April 1999 / © AFP/File

Participants in the silent rally protested against official harassment and demanded freedom to study the teachings of its leader and follow its beliefs.

They peacefully dispersed later that day after government leaders agreed to hold talks with the group.

However, Falungong's ability to mobilise large numbers of followers caught the government off guard and alarmed leaders.

- What was China's response?

It rounded up leaders and launched a major propaganda campaign painting the group as a cult that cheats its followers.

State media called Li a fake, blaming him for causing the deaths of adherents by teaching followers to refuse medical treatment and leading them to commit suicide.

Li -- who had already emigrated to the US -- denied all the charges from Beijing.

Tens of thousands of followers were detained in the months following the ban, according to official figures.

Falungong accuses China of torturing adherents and holding many in prison and labour camps, as well as harvesting the organs of detained followers, which Beijing denies.

It estimates that over 4,000 practitioners have died as a result of torture in custody and other forms of persecution in the two decades that followed.

- Where is Falungong now?

Though the government's campaign against the group continues, NGO Freedom House estimated in a 2017 report that millions in China continue to practice Falungong, including many who took it up after the government ban.

Though actual membership numbers are unknown, Falungong has continued to get its message out through its practitioners abroad.

From Washington to Hong Kong, followers gather under banners opposing the Communist government and hand out flyers to passersby.

Falungong practitioners also founded the television network New Tang Dynasty, which broadcasts around the clock and has reporters stationed across the globe, as well as a newspaper, The Epoch Times, which is printed in eight languages and publishes in 21 languages online.