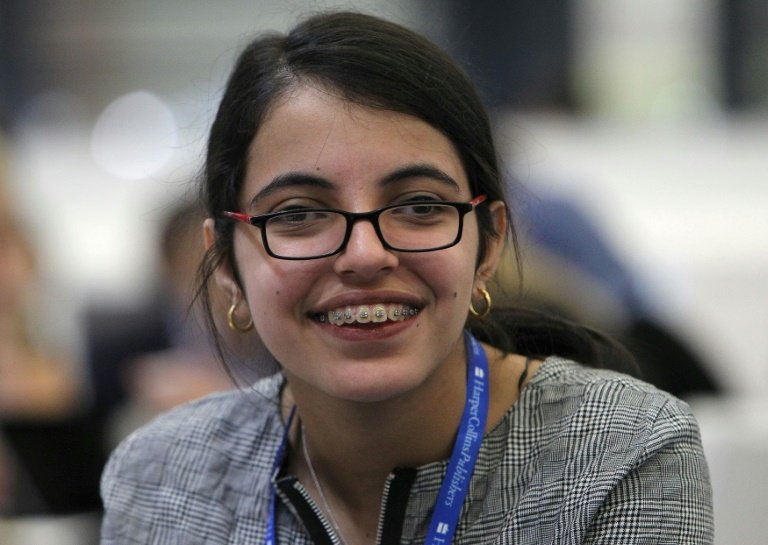 Nujeen Mustafa, pictured at the Frankfurt Book Fair in October 2016, asked the United Nations Security Council to do more to address the humanitarian needs of disabled people affected by the conflict in her homeland, Syria / © AFP

A young Syrian with cerebral palsy, who trekked with a wheelchair from her homeland all the way to Germany as a refugee, on Wednesday urged the UN Security Council to focus more on Syria's "invisible" disabled people.

It was the first time the council has formally considered the rights of disabled people affected by conflict, a rights watchdog said.

"I call on all members of the council to do more to make sure (of) humanitarian access to address the urgent needs of the people affected by the conflict, particularly people with disabilities," said Nujeen Mustafa, 20.

She reached Germany in September 2015 after an arduous month-long 2,000-kilometer (1,200-mile) journey with family members that included a terrifying boat trip to Greece, after it became too dangerous for them to stay in Aleppo.

Mustafa, who dreamed of becoming an astronaut, wrote a memoir of her experience and even Nobel Peace Prize laureate Malala Yousafzai hailed her as an inspiration.

A student in Germany, Mustafa has become an advocate for the rights of disabled people in conflict, trying to get states and UN agencies to include them in humanitarian aid.

"There is very little data on how many people with disabilities live in Syria or have fled to neighboring countries and what our needs are," she said.

"And without this data, the programs and policies just don't meet our needs. We're invisible." 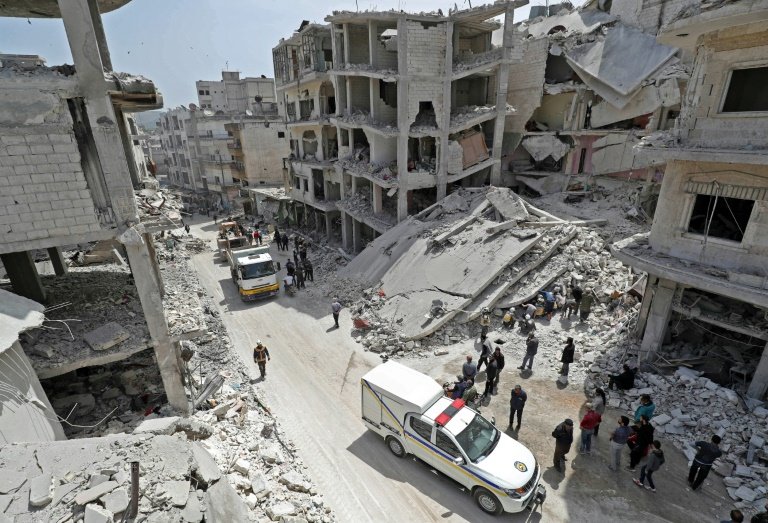 People watch members of the Syrian Civil Defense, or "White Helmets," search the rubble of a collapsed building following an explosion in the town of Jisr al-Shughur, in the west of the mostly rebel-held Syrian province of Idlib, on April 24, 2019 / © AFP

Mustafa drew the council's attention to the situation in Syria's jihadist-controlled Idlib region, home to about three million people and which has come under increasing bombardment since former Al-Qaeda affiliate Hayat Tahrir al-Sham took full control of it in January.

"In Idlib, there are more than 175,000 people with disabilities -- many of whom now have disabilities because of the conflict," she said.

"The council cannot allow Idlib to be another Aleppo, with hundreds of thousands forced to flee," Mustafa said in an appeal reinforced by Ursula Mueller, United Nations Assistant Secretary-General for Humanitarian Affairs and Deputy Emergency Relief Coordinator.

More than 200 civilians have reportedly been killed since February as a direct result of increased military clashes and attacks, Mueller said.

"Civilian structures -- particularly schools and hospitals -- continue to be hit" in the jihadists' last Syrian bastion, she said.

Idlib has since September been protected from a massive regime offensive by a fragile ceasefire deal signed by Damascus ally Russia and rebel-backer Turkey.

At the UN, however, several countries are worried that "the Russians will soon let the regime take back the pocket in a bloodbath and with their support," according to a diplomatic source.

There are "more and more Russian signals that the situation in Idlib is untenable, that it will be necessary to burst the abscess and that the province will return to the fold of the government," the source said.

On Wednesday, a powerful explosion in Idlib killed 18 people including more than a dozen civilians, according to the Syrian Observatory for Human Rights.

The cause of the blast was not immediately clear.