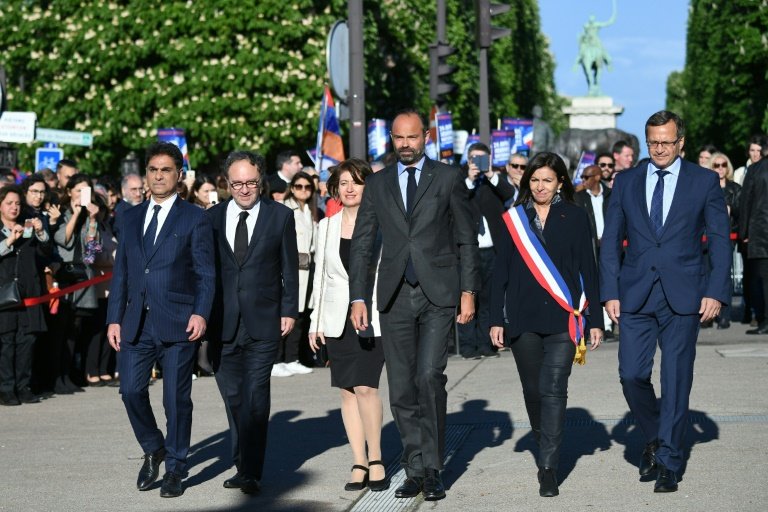 Troops from the Ottoman Empire -- which preceded modern-day Turkey -- were responsible for massacres and forced deportations of Armenians from 1915, but Turkey has always denied that the killings amounted to genocide.

France was the first major European country to recognise the massacres as genocide in 2001 and Macron announced the national day of remembrance in February this year, saying that his country "knows how to look history in the face."

That drew a furious response from Erdogan at the time -- he called Macron a "political novice" -- and the Turkish leader denounced the commemoration day again on Wednesday in a televised speech.

"If we look at those trying to give lessons on human rights or democracy to Turkey on the Armenian question and the fight against terrorism, we see that they all have a bloody past," he said.

Relations between France and Turkey are tense, particularly due to differences over the future of Syria and the role of Kurdish fighters there, but the two countries are allies in NATO and economic partners.

Erdogan has accused France of being responsible for the genocide in Rwanda in 1994, where the current government accuses Paris of being complicit in the atrocities committed by the majority Hutu community on minority Tutsis.

France has always denied the allegations and Macron announced the creation of a panel of historians and researchers earlier this month which will be tasked with investigating France's role.

The 41-year-old French leader also announced an annual day of commemoration for the Rwanda genocide in which an estimated 800,000 people are thought to have died. 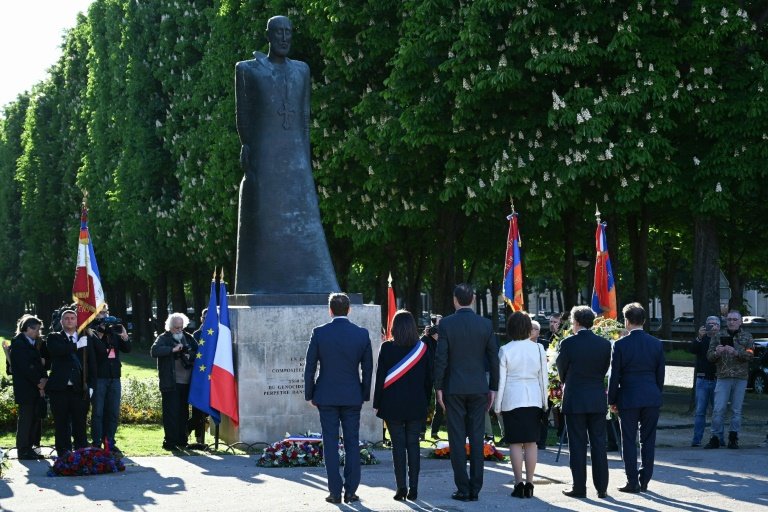 Armenians commemorate the massacres of their people on April 24 -- the day in 1915 when thousands of Armenian intellectuals suspected of harbouring nationalist sentiment and being hostile to the Ottoman rule were rounded up.

French Prime Minister Edouard Philippe led the commemorations in France on Wednesday, laying flowers at a Monument for the Armenian Genocide erected on the northern bank of the river Seine in April 2003.

"France intends to contribute to the recognition of the Armenian genocide as a crime against humanity, against civilisation," said Philippe.

"It will not be impressed by any lies, by any pressure, what we are looking for is historical accuracy and reconciliation," he said.

When World War I broke out in 1914, Armenia -- which for most of its history has been occupied by foreign powers -- was divided between the Ottoman and Russian Empires.

Armenians say up to 1.5 million of their mostly Christian kin were killed between 1915 and 1917 by Turkish forces, and have long sought international recognition that this was genocide.

French MP Jacques Marilossian, a member of Macron's Republic on the Move party, told the France 24 channel: "We should find a way to tell them we are not blaming Turkey for that (the massacres). We are blaming the Turkish government in 1915."