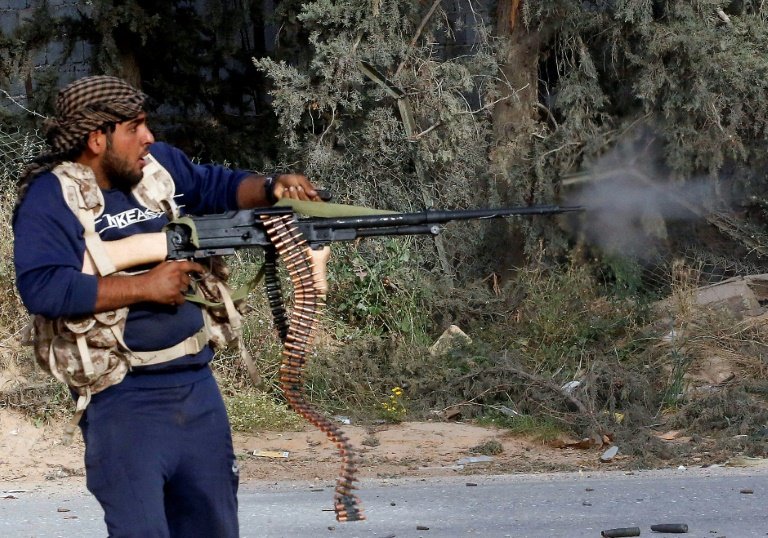 At least 264 people have been killed and 1,266 wounded, including civilians, in an offensive by military strongman Khalifa Haftar to seize Libya's capital Tripoli, the World Health Organization said Tuesday.

The UN agency called on Twitter for "a temporary cessation of hostilities" between Haftar's self-styled Libyan National Army (LNA) and forces loyal to the internationally-recognised Government of National Accord (GNA).

It urged "all parties to respect international humanitarian law".

Fighting since April 4 in the southern suburbs of Tripoli has displaced 35,000, UN humanitarian coordinator for Libya Maria do Valle Ribeiro said on Monday.

"Displacement is continuing at an increasing rate every day", she added.

She warned that the numbers were "a minimal estimate of the impact" of the clashes.

"There needs to be pressure put on everybody to respect civilians. Any country who has leverage should be using that leverage to ensure that civilians can be protected and be least affected by the clashes," she said.