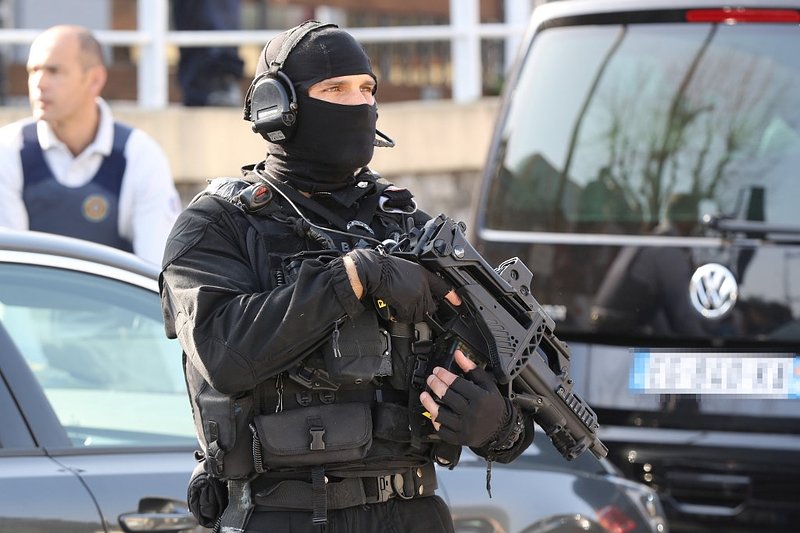 An armed man who held hostage three people in Lourdes, France, on Tuesday has been arrested.

The man held the three people hostage for several hours on Tuesday, one of whom was his ex-partner who also suffered injuries prior to the man being arrested following a RAID (Search, Assistance, Intervention, Deterrence) intervention, according to the local prosecutor.

The fifty-year-old kidnapper, a former soldier, was known to law-enforcement prior to this event in relation to violence against his former wife.

Interviewed at a press conference on the motivations of the kidnapper, the attorney general of Pau, Muchael Beaulier, explained that the event unfolded in the context of a separation which the suspect did not want to accept. His prior behaviour had led to his ex-wife being given an emergency phone which allowed her to directly contact the authorities in case he continued to harass her, as he had been forbidden from contacting her. The man was given several opportunities to hand himself over, which he did not.

According to reports, shots were first fired at around 10.30am on Tuesday morning. Towards the end of the morning, the Hautes-Pyrénées prefecture confirmed the information. The man allegedly fired shots outside before retreating inside with his hostages.

Witnesses state that the man appeared on a balcony holding his ex-wife shouting orders to the police to leave within three seconds or he would "finish the job." This led RAID from Tolouse to be dispatched for negotiations, which unfortunately were not successful.

Shortly before 5pm, RAID police officers physically intervened and brought the hostage-taker under control. The man shot his ex-wife in the process, but she did not suffer life-threatening injuries. The woman's parents were also taken hostage but were quickly removed from harm's way.

The man has been taken into custody and the investigation will continue, and may lead to prosecution for attempted homicide.