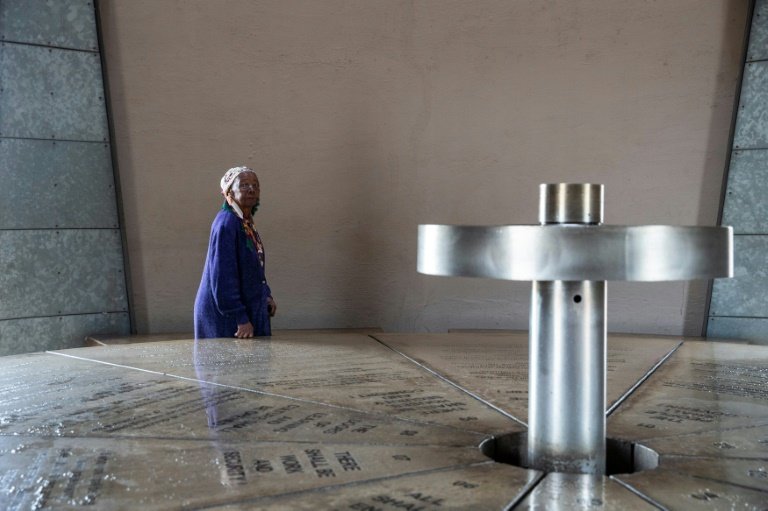 She pauses at one that declares: "The people shall share in the country's wealth!" and remarks wryly: "Where is that wealth?"

Hlatshwayo then slowly recites another: "There shall be houses, security and comfort!"

"All these things written (here), none of them have been done," Hlatshwayo said, pointing at the triangular bronze slabs arranged to form an imposing, gleaming circle at the monument's heart.

As May 8 general elections approach, South Africans who accuse the ruling African National Congress (ANC) of reneging on Nelson Mandela's 1994 promise of "a better life for all", have staged often violent demonstrations in townships that still lack basic services 25 years after the country's first democratic vote, which ended white minority rule.

It was in Kliptown in 1955 that about 3,000 anti-apartheid activists adopted the Freedom Charter, a pinnacle document which became the cornerstone of the ANC's stated policies and the foundation of South Africa's much-admired constitution.

The monument erected on a civic square of the 116-year-old township attracts thousands of tourists each year.

But for local residents, the grandeur of the tower and its 10 surrounding pillars belies their suffering.

- A shack is for chickens -

According to the 2019 Socio-Economic Survey published by the Centre for Risk Analysis, a policy research institute, the number of regular houses in South Africa has increased by a quarter since 1996.

The number of people with access to electricity went up by 61 percent, and access to flushing toilets rose 30 percent. 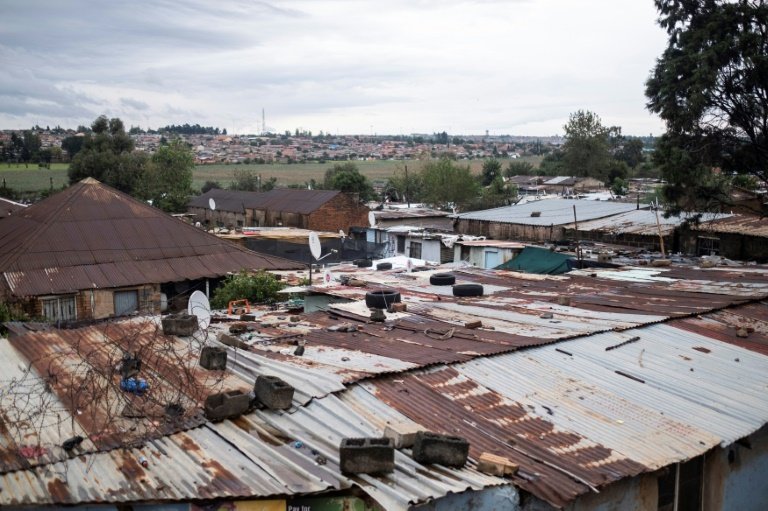 However, official statistics from 2017 show that 13.6 percent of South Africans were still living in informal settlements, more than a third had no access to flush or chemical toilets, and more than half had no piped water where they live.

The official unemployment rate -- which does not count people who have given up looking for a job -- is 27 percent.

"Where are the free houses? Our kids are staying in shacks," said Hlatshwayo, letting out a deep sigh. "A shack (is) for chickens to stay in."

She walks down a muddy street sporting a row of plastic, green, portable toilet cabins, and lovingly waves at a teenage girl stepping out of one.

"Imagine if you have a runny stomach at night, can you come out several times to such a toilet, in the dark?" Hlatshwayo asked.

"I'm very bitter inside," he told AFP from the patio of his house, which features colourful portraits he painted of some of the country's anti-apartheid struggle heroes, including Winnie Madikizela-Mandela.

"ANC has been in power for many years, we were all ANC... but right now I don't want to hear anything about ANC. ANC has never done anything for me," he said.

Nameng's home attracts many people with seemingly nowhere else to go.

Josiah "Fire" Nkosi, 69, whiles away the afternoon on its veranda, puffing away on a cigarette and reminiscing.

"Apartheid was better because there were plenty of jobs," he said. "But now there are no jobs, our children are not working."

Around the corner, under a footbridge, a man who identifies himself only as Dingo smokes shisha with friends.

"Instead of change, there is disaster. Our government is failing us," says the 42-year-old engineer who lost his job in December, pointing to a muddy, potholed street. 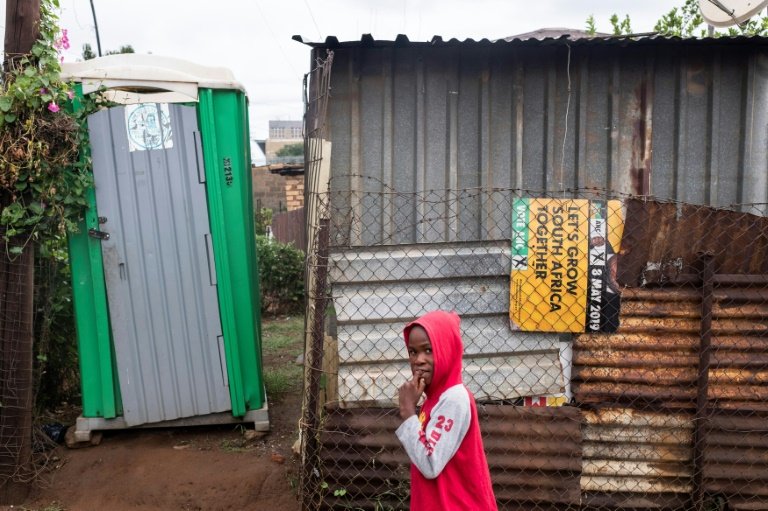 The government admits it has failed to fulfil the expectations of South Africa's 57 million citizens, and says the anger of the poor is justified.

"There are pockets of inadequacies. The only thing that we need to do is to up our game and ensure that we improve on those areas," Public Service Minister Ayanda Dlodlo told AFP.

But she cautioned: "Let's also be pragmatic when we talk about 25 years: it's 25 years of trying to undo a special planning system that catered for a few" -- referring to the apartheid regime which denied non-whites access to certain jobs, equal education, and public services.

"Much as we would have loved that in 25 years we could have reversed more than 40 years of inequality, it is impossible," said the minister.