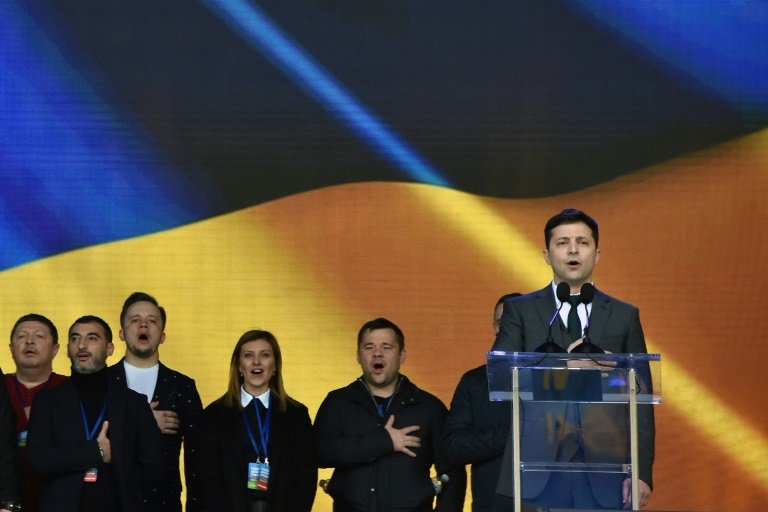 Ukrainians go to the polls on Sunday, with a politically inexperienced 41-year-old comedian set to win the leadership of a country locked in a war with Moscow-backed separatists.

The latest opinion polls show his incumbent rival Petro Poroshenko heading for a brutal defeat in the second-round runoff. A survey by the Rating pollster shows Zelensky winning 73 percent of the vote against 27 percent for Poroshenko.

Zelensky's rise to political prominence has been extraordinary.

When he announced on New Year's Eve he would run for president many dismissed him as a joke.

Three months later he won the first round of the election, receiving nearly twice as many votes as Poroshenko.

After the meeting the comedian -- whose political experience is limited to playing a president on TV -- said the French leader was one of the rare politicians with a sense of humour.

"And now he is not alone," Zelensky added.

The star of the "Servant of the People" television series has capitalised on Ukrainians' despair over mainstream politics, war with Kremlin-backed rebels, poverty and corruption.

Supporters say Zelensky can clean up Ukrainian politics, comparing his rise to a peaceful anti-establishment revolution, the country's third after the 2004 and 2014 uprisings.

His brand of outsider politics and unorthodox style earned him comparisons to Italy's comedian turned politician Beppe Grillo and US President Donald Trump.

But many say Zelensky's charm offensive is more style than substance and his incumbent rival calls him a "cat in the bag".

Critics say his political programme is vague at best and that a country at war should not be taking a chance on a political novice.

Many point to Zelensky's ties to controversial oligarch Igor Kolomoysky, one of the richest people in Ukraine.

Zelensky has shunned campaign rallies in favour of comedy gigs.

He prefers to get his message across through slick videos on social media including Instagram where he has 3.7 million followers.

Zelensky wants Washington and London to join the Minsk peace talks to end the war with the separatists and to continue cooperation with the IMF.

The father-of-two from the industrial city of Krivy Rig in central Ukraine is a dollar millionaire. He has a law degree but made his career in entertainment.

Zelensky is of Jewish descent but has said that religion is a personal matter and plays no part in his campaign.

Poroshenko won a decisive victory in a presidential election in 2014 after a pro-Western uprising ousted his Kremlin-backed predecessor Viktor Yanukovych.

The businessman, who amassed a vast fortune in chocolate, made closer ties with the West and cutting ties with the country's Soviet past the central mission of his term. 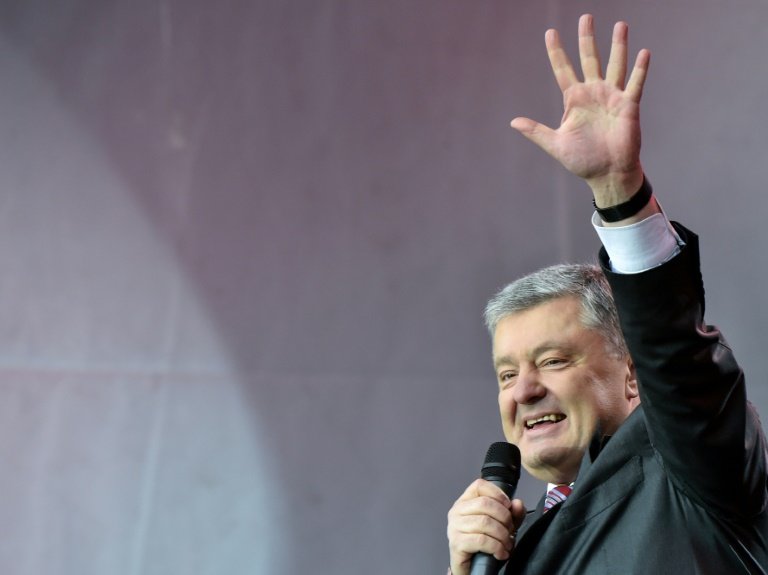 Poroshenko's backers credit him with rebuilding the nation's army, securing an Orthodox Church independent of Russia and winning visa-free travel to Europe.

He has positioned himself as the only politician able to take on Russian President Vladimir Putin amid a five-year conflict with Kremlin-backed insurgents that has claimed around 13,000 lives.

But critics say the 53-year-old has done too little to tackle graft, improve living standards or uphold the rule of law.

After the first round of the election, Poroshenko struck a contrite note, saying he needed more time to turn the country around.

He has also sought to reboot his campaign, appealing to younger voters.

The father-of-four was born in the southwestern town of Bolgrad and studied economics.

He entered politics as a lawmaker in 1998 and was one of the founders of Yanukovych's Regions Party in 2000.

He then changed sides after the 2004 election widely seen as rigged by Yanukovych.

An investigative report last year said Poroshenko and his family enjoyed a $500,000 holiday on a private island in the Maldives, a revelation that prompted public indignation.

He has said he dreams of running for the European Parliament one day.