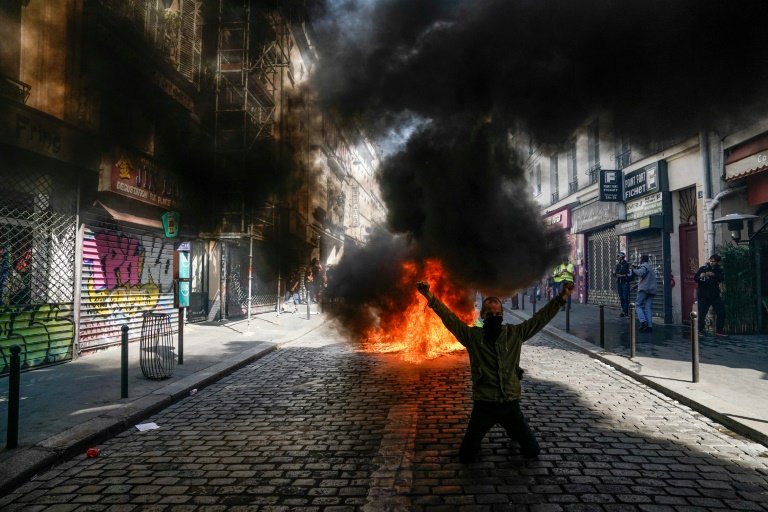 French police said they arrested more than 200 "yellow vest" demonstrators in Paris on Saturday as clashes broke out with demonstrators turning out for a 23rd week of anti-government protests.

AFP journalists reported scuffles between police and protesters in the afternoon, after hours of calm, as police used stun grenades and tear gas to disperse marchers in the centre of the French capital.

Some protesters threw bottles and other objects at police and set fire to vehicles, safety barriers and bins.

Between the two major squares of Bastille and Republique the damage done had been considerable, said Emmanuel Gregoire, deputy mayor of Paris, told AFP.

"The violence has to stop!" he added.

Across France, the authorities mobilised more than 60,000 police officers and paramilitary gendarmes to try to contain what they feared would be a surge in violence similar to the March 16 riots that wrought havoc along the Champs-Elysees. 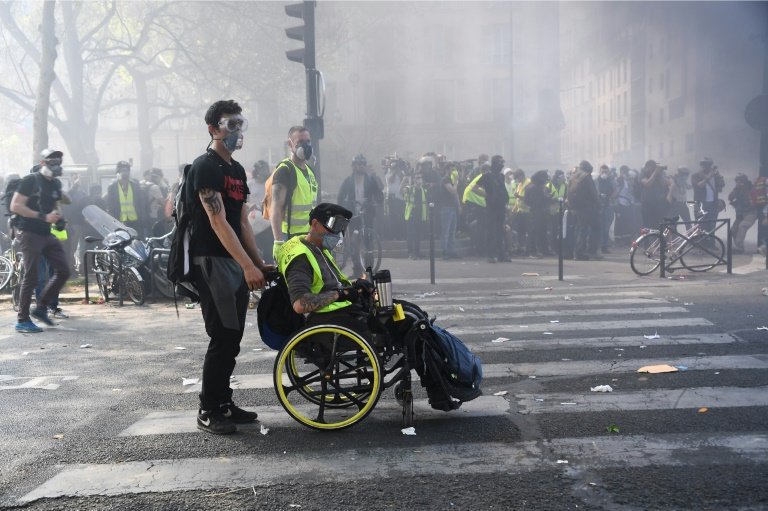 This is the 23rd week of "yellow vest" street protests / © AFP

Paris police reported 227 arrests and more than 20,500 checks on individual protesters. By early evening, 178 had been detained, including six minors, said the prosecutors office.

Interior Minister Christophe Castaner congratulated the police on limiting the damage, "despite the willingness of some demonstrators to break things again".

Although the main protest took place in Paris this weekend, there were also demonstrations in other cities, including Lille in the north and Bordeaux and Toulouse in the southwest.

Yellow vest protests were banned from the area around Notre-Dame Cathedral, parts of which are still sealed off after Monday's devastating blaze.

But more than one protester expressed frustration at the largesse of several French tycoons who have promised millions towards the cathedral's restoration.

"We're worth a cathedral," said one placard at a protest in Montpellier. 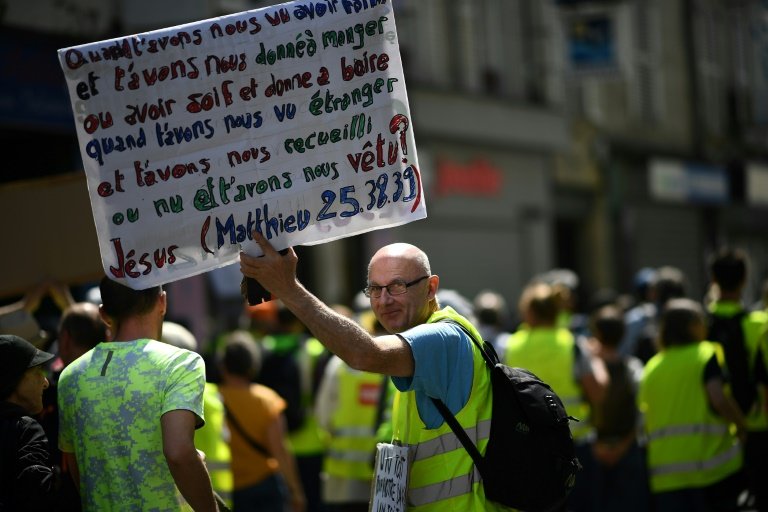 Some demonstrators quoted passages from the Bible in the first protest after the Notre-Dame fire (Matthew 25:38:39) / © AFP

Others picked up on a tweet by French writer Olivier Pourriol.

"Victor Hugo thanks all those generous donors ready to save Notre-Dame of Paris and proposes they do the same thing for Les Miserables," he wrote referring to Hugo's famous novel about the poorest people in Paris.

The fire at Notre-Dame forced French President Emmanuel to postpone a live broadcast announcing fresh measures to try to meet the grievances of ordinary French citizens.

He will now unveil that package on Thursday, though many yellow jackets protesters have already made it clear they expect little.

Health officials in Paris meanwhile denied allegations that hospital staff had passed on the details of injured yellow vest protesters to police.

One protester, 30-year-old Sebastian Maillet, who lost a hand when a police stun grenade exploded during one of the February protests in Paris, has announced legal action.

And on Friday, the National Council of the Order of Doctors said they had contacted the health minstry and France's data protection watchdog CNIL, raising questions about patient confidentiality.

In a joint statement Saturday, the Paris state hospitals body (AP-HP) and the regional health authority insisted the files were simply to ensure the most effective treatment of injured people. 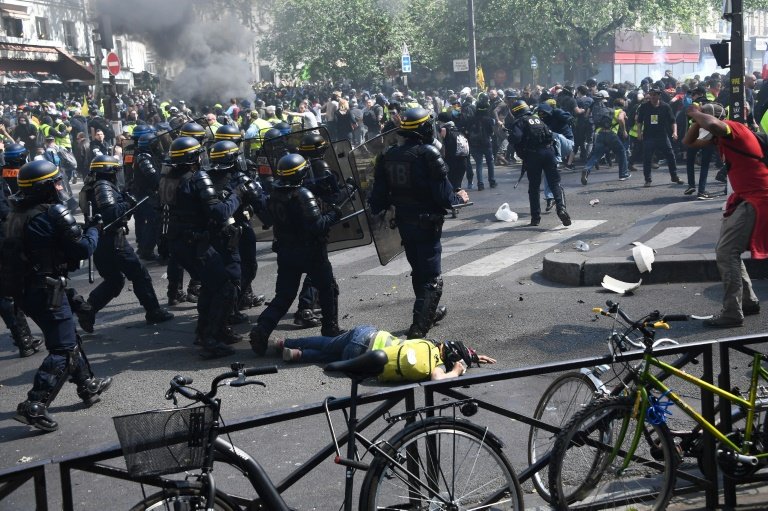 The government has already been criticised at home and abroad about the number of serious injuries protesters have suffered during the demonstrations.

There has been controversy too over new powers granted to the security forces, which opponents say violate civil liberties, measures that Macron signed into law earlier this month.

One measure banned protesters from covering their faces, but France's Constitutional Council, its highest constitutional authority, refused to give the green light to one of the most contentious parts of the legislation.

It would also have given the authorities the power to ban from demonstrations any individual "posing a particularly serious threat to public order".

The yellow vest movement is demanding changes to the government's social and fiscal policies. 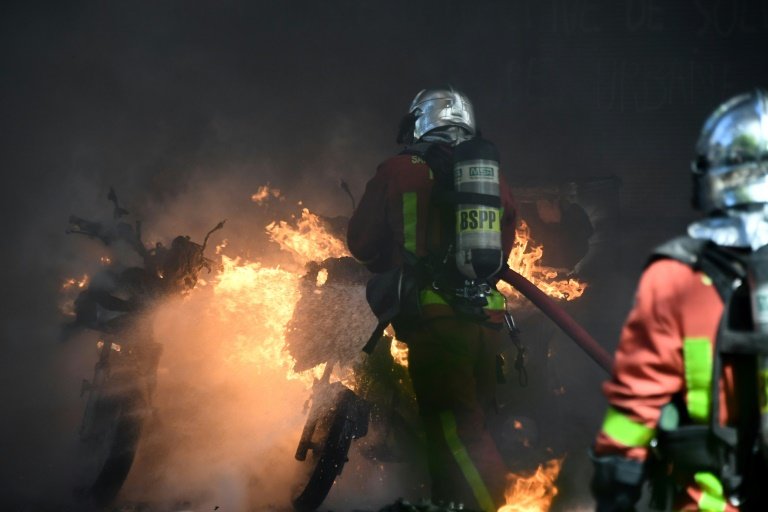 Firefighters had to extinguish burning scooters and motorbikes / © AFP

Interior ministry figures put the number of demonstrators nationwide at 27,900 across the country and 9,000 in Paris.

Protest organisers, who have repeatedly said the official figures are underestimated, put the turnout across the country at more than 100,000.