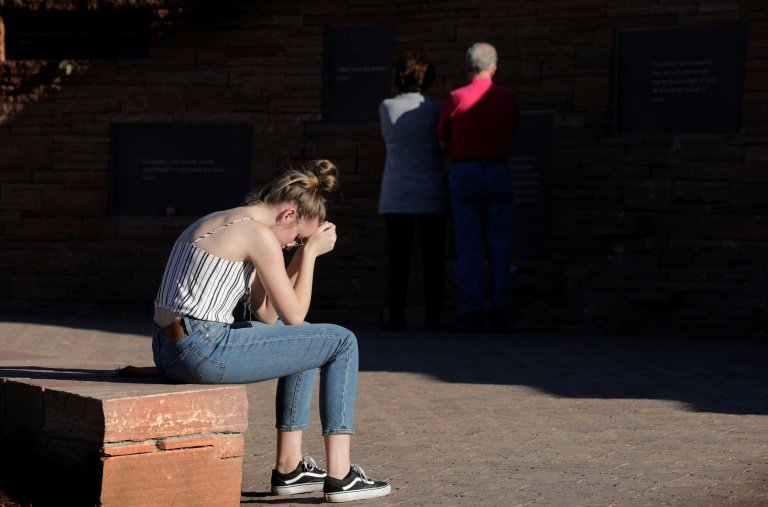 Maren Strother, 16, rests her head on her hands at a vigil in Littleton, Colorado to the April 20, 1999 mass shooting at Columbine High School / © GETTY IMAGES NORTH AMERICA/AFP/File

It has been 20 years since two heavily armed young men in dark trenchcoats entered a Colorado high school and launched a bloody attack that seared the word "Columbine" into the American psyche, forever transforming the debate on gun rights and school violence.

As people on Saturday prepared to mark the anniversary of the massacre in Littleton, Colorado -- in which teenaged shooters Dylan Klebold and Eric Harris killed 12 Columbine High School students and a teacher before turning their guns on themselves -- there were words of grief and loss and anger.

The events of that fateful day planted a jarring and lasting sense of vulnerability in Americans' minds.

School shootings, once almost unheard of, have become a tragic feature of American life -- requiring all schools to tighten security, forcing even six-year-olds to take part in traumatic "live-shooter" drills.

Places that had always seemed the safest -- schools, libraries, even churches and synagogues -- no longer seem so. 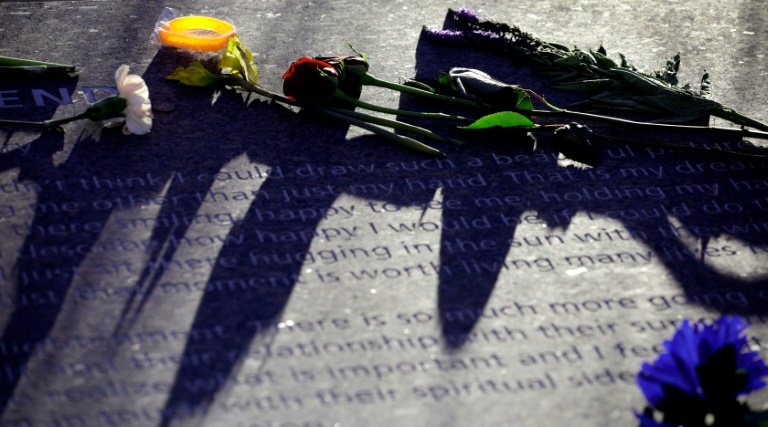 Flowers rest on shooting victim Lauren Townsend's plaque at the Columbine Memorial in Littleton, Colorado; she was 18 at the time of the massacre / © GETTY IMAGES NORTH AMERICA/AFP/File

But as folks in Littleton prepared for an official memorial service Saturday, there were also words of hope and signs of a rededication to making things better.

Saturday was the third annual Columbine Day of Service, with hundreds of students and teachers donating time and labor to help charitable causes and honor the memory of those who died.

"There was a real change in people's attitudes."

On Friday, survivors of the massacre joined friends and relatives of the victims at a prayer vigil in a memorial park, lighting candles and laying flowers on plaques bearing victims' names. 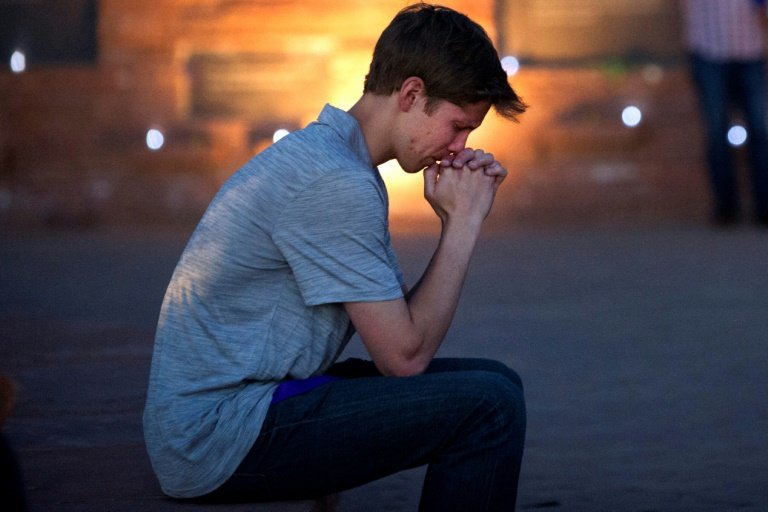 Spencer Greenlee, a Columbine High School senior, prays at a memorial to the shooting in Littleton, Colorado / © AFP/File

One survivor, Amanda Duran, who was 15 at the time of the attack, said she could not believe more has not been done to control gun violence.

"You would have thought someone would have come with more gun laws" or required mental health evaluations of would-be gun buyers, she said Friday.

"But nothing of that sort happened. So I have just been angry and pissed off."

Her best friend was killed in the shooting.

The official memorial service in Littleton, in a park next to the high school, is set for 15H00 (21H00 GMT).

School officials, student leaders and graduates, as well as Colorado Governor Jared Polis, are to speak. In addition, a recorded message from Bill Clinton, who was US president at the time of the massacre, will be played. 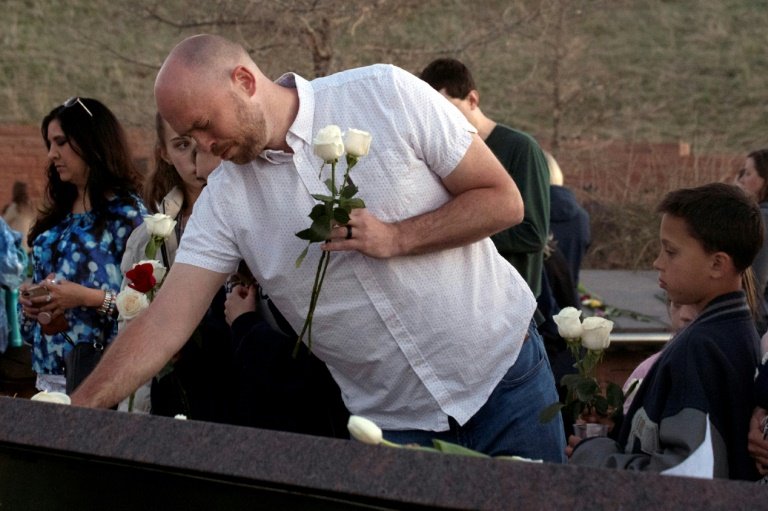 Will Beck, a Columbine High School massacre survivor, places flowers during a vigil in Littleton, Colorado to the 1999 shooting / © AFP/File

The shooting sparked a fierce national debate over gun rights and violence. Yet three presidents after Clinton, it seems no closer to resolution.

The number of firearms in circulation has continued to grow (now at 393 million in a nation of 326 million people), and mass shootings have become a disturbingly regular part of American life.

Since Columbine, an estimated 226,000 children in 233 schools have been exposed to the sight or sound of gunfire, according to a Washington Post investigation.

The worst shootings to date were those at Sandy Hook Elementary School in Newton, Connecticut in 2012 (20 young children and six adults were killed) and at Marjorie Stoneman Douglas High School in Parkland, Florida last year (17 dead).

But the power of an influential gun lobby and a long tradition of gun ownership have meant that little has been done to improve gun safety.

In the meantime, Columbine has taken on an almost mythical dimension in the memories of some.

A dark fascination with the killings by Klebold and Harris -- whose motives remain somewhat murky -- maintains a grip on some, as shown by the recent case of 18-year-old Sol Pais.

Police had been warned that the young Floridian, "fascinated" by Columbine, was headed to Colorado and had purchased a gun. Hundreds of schools in the Littleton area were protectively closed Tuesday.

But in the end, Pais was found in a remote, mountainous spot west of Denver -- having shot and killed herself.