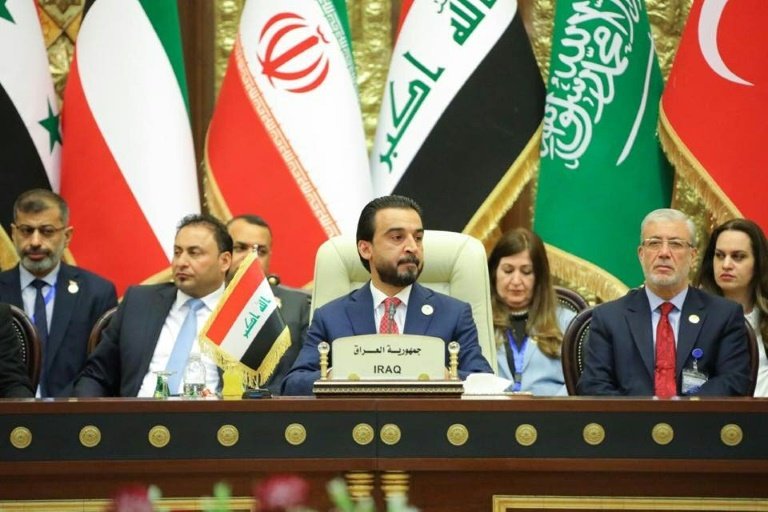 Top officials from Iraq's six neighbours gathered in its capital Saturday for a symbolic summit showcasing Baghdad's aspirations as a regional mediator, but which otherwise produced no tangible outcome.

The one-day roundtable brought together countries fiercely at odds across the region.

The countries pledged to support stability, reconstruction and development in Iraq, which has been ravaged by several decades of conflict including a three-year battle against the Islamic State group.

Participating nations also rejected "interference" in Iraq's internal affairs, although most have deep political and economic interests in the country.

Attendees did not announce any diplomatic breakthroughs, despite the summit's symbolic success in bringing together rival countries around a single table.

Baghdad has sought to market itself as a neutral meeting place for the Middle East's competing forces.

Saudi Arabia and Iran severed diplomatic ties with one another in 2016 and are locked in proxy wars across the region.

Turkey and Iran have backed opposing sides in Syria's conflict, which since 2011 has isolated Damascus diplomatically.

As part of its new regional role, Baghdad has sought to restore Syria's membership of the Arab League.