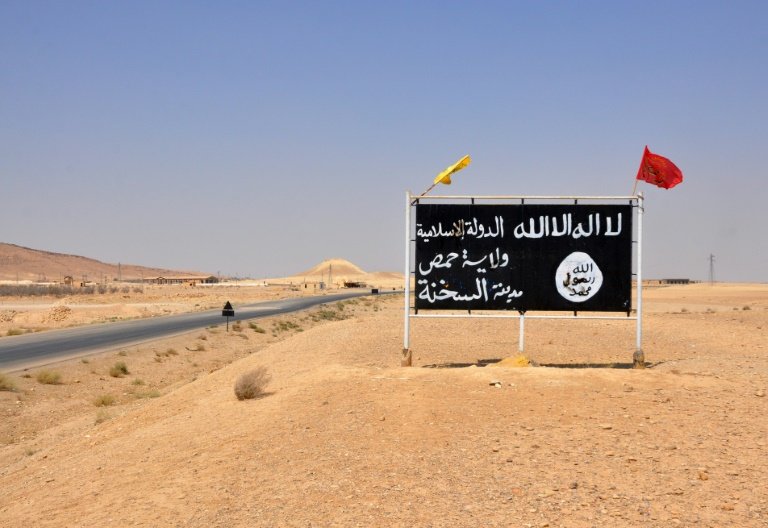 At the height of its rule, the Islamic State group imposed its brutal ideology on millions in territory roughly the size of the United Kingdom / © AFP/File

Jihadists have killed more than 60 Syrian regime fighters in 48 hours, a monitor said Saturday, in some of the deadliest attacks on pro-Damascus forces in recent weeks.

Kurdish-led forces in March announced the defeat of the Islamic State group's "caliphate" in eastern Syria, but the jihadists have retained hideouts there and in other parts of the country as well as the ability to carry out deadly assaults.

Since Thursday, IS jihadists have killed 35 pro-Damascus fighters in regime-held parts of central and eastern Syria, the Syrian Observatory for Human Rights said.

Observatory chief Rami Abdel Rahman said it was "the highest death toll among regime forces since the caliphate was declared defeated" in the eastern village of Baghouz last month.

It was the latest death tally in a civil war that has killed more than 370,000 people since starting in 2011 with the brutal repression of anti-government protests.

President Bashar al-Assad has managed to claw back around 60 percent of the country with Russian military backing since 2015, but several regions remain beyond the regime's control.

These include a large swathe of northeastern Syria held by Kurdish-led forces who have been fighting IS with the support of a US-led coalition, as well as the region of Idlib held by Syria's former Al-Qaeda affiliate.

Regime forces in theory control the vast desert that stretches from the capital Damascus to the Iraqi border, but IS is still present there.

Since Thursday they have killed 27 troops and allied militiamen, including four Syrian army officers, in the desert east of Homs province, the Observatory said.

IS claimed the attacks.

The Observatory also said IS fighters killed another eight soldiers and militiamen in the eastern province of Deir Ezzor on Thursday night.

That attack targeted a desert village south of the city of Mayadeen on the Euphrates River, upstream from Baghouz.

IS swept across a large swathe of Syria and Iraq in 2014, declaring a cross-border "caliphate" in territory that was once roughly the size of the United Kingdom.

But after various military operations in both countries, IS lost the last shred of its proto-state on the eastern banks of the Euphrates last month.

The US-led coalition has however repeatedly warned that the battle against the jihadists is not over.

Idlib was to be protected from a massive regime military offensive by a deal inked in September by government ally Russia and rebel backer Turkey. 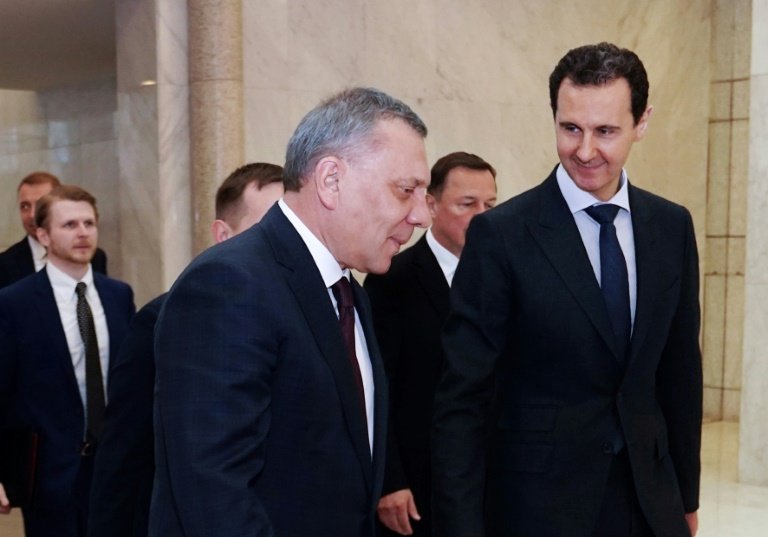 But the accord has unwound as HTS took full control of the region in January, and the area has come under increasing bombardment.

A planned buffer zone around the region was never fully implemented as jihadists refused to withdraw from it.

Saturday's attack by an HTS affiliate on the western edges of Aleppo city killed 21 loyalists while an ambush by HTS-linked jihadists took the lives of five more pro-regime fighters in the northeast of Latakia province.

On Friday, Assad urged progress on removing "obstacles" to the stalled Idlib deal ahead of talks to be attended by Russia, fellow ally Iran, and Turkey next week in Kazakhstan.

And on Saturday, he met Russian Deputy Prime Minister Yuri Borisov in Damascus for talks, including on ways to overcome obstacles resulting from international sanctions imposed on Syria, the presidency said.