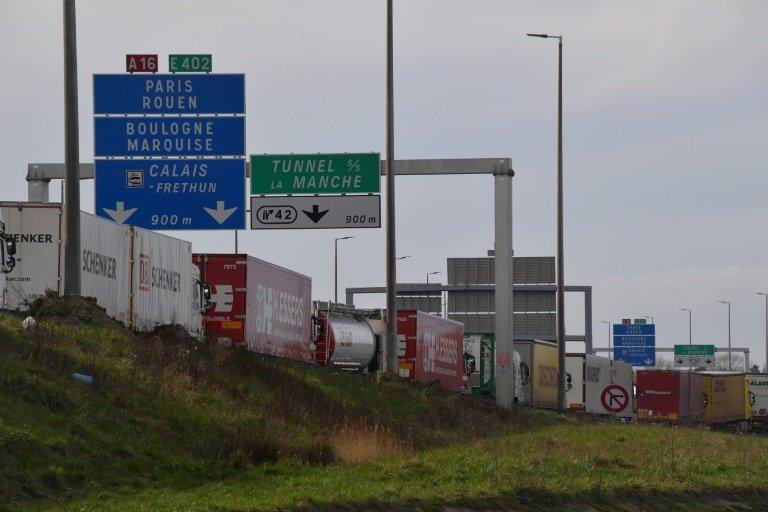 The men arrived at the Calais entrance to the Channel Tunnel linking France to England in a van filled with coffins, one of which contained an Iraqi migrant / © AFP/File

A French court has sentenced two Polish truck drivers to 14-month jail terms for trying to smuggle an Iraqi migrant across the Channel to Britain in a coffin, local authorities said Tuesday.

The men showed up at the Calais entrance to the Channel Tunnel linking France to England on April 2 in a van filled with coffins, local prosecutor Pascal Marconville told AFP.

Marconville said they told border officials they wanted to "carry out a delivery of coffins to Britain".

When guards searched the consignment they found an Iraqi national lying inside one of the boxes.

The smugglers feigned surprise, saying they were not aware of his presence.

But the court noted that "the coffin wasn't accessible from the outside without destroying a lock" meaning that the man could not have climbed aboard en route without help from the drivers," Marconville added.

The men received 14-month custodial sentences for "helping transport undocumented foreigners", a crime aggravated by the fact that they hid their charge in a coffin.

"To make someone lie in a coffin for transport purposes is undignified," Marconville said.

Under French law, sentences of less than two years in jail are often changed on appeal to non-custodial community service.