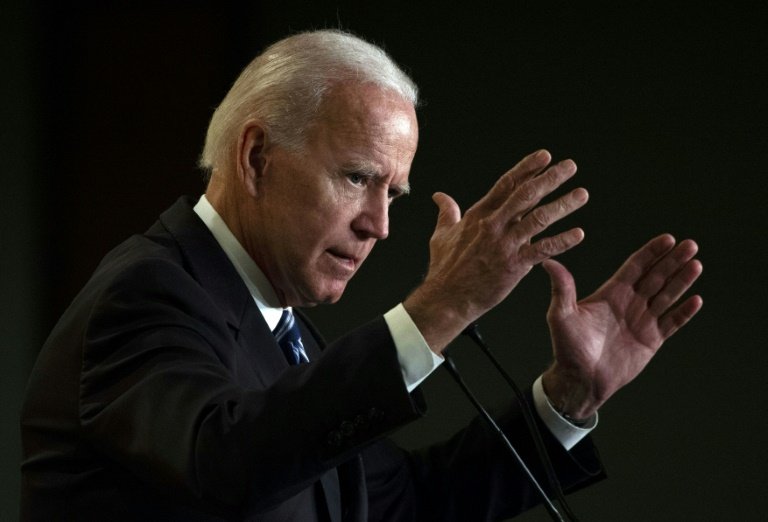 Former US vice president Joe Biden, who is mulling a White House run, said Wednesday after coming under fire over his physical contact with women that he will be "more mindful" in the future about respecting personal space.

"Social norms are changing. I understand that, and I've heard what these women are saying," the 76-year-old Biden said in a message on his Twitter account.

Several women have gone public in recent days with claims that Biden touched them inappropriately years ago.

"Politics to me has always been about making connections, but I will be more mindful about respecting personal space in the future," he said.

"That's my responsibility and I will meet it," said Biden, who is considering whether to seek the Democratic presidential nomination in 2020.

Amy Lappos told Connecticut's Hartford Courant newspaper about an incident at a 2009 political fundraiser which, she said, "wasn't sexual, but he did grab me by the head."

Another accuser, former Nevada state lawmaker Lucy Flores, said last week she was "mortified" when Biden planted a "big, slow kiss" on the back of her head as she waited to take the stage at a campaign rally five years ago.

Biden came under criticism in 2015 for massaging the shoulders of Ash Carter's wife as her husband was sworn in as secretary of defense.

Photographs of that incident have circulated online so frequently that Stephanie Carter posted a column Sunday saying Biden was merely "a close friend helping someone get through a big day, for which I will always be grateful."

Biden, in a video which accompanied his Twitter message on Wednesday, said that in his long political career he has "always tried to make a human connection.

"That's my responsibility, I think -- I shake hands, I hug people," he said. 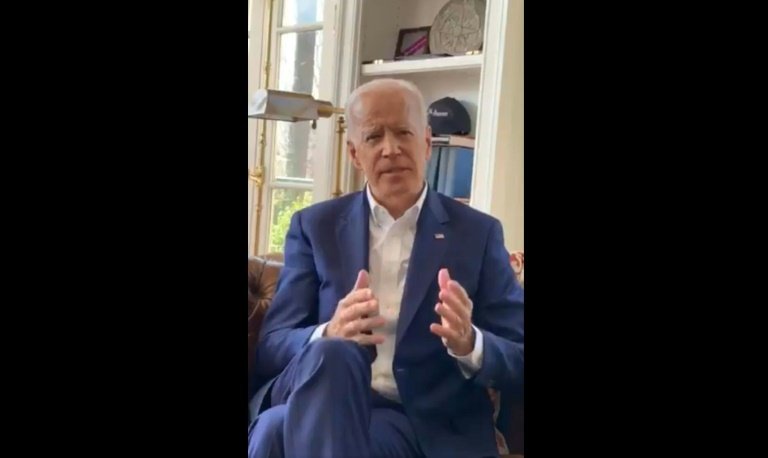 "Social norms are changing, I understand that, and I've heard what these women are saying," the 76-year-old Biden said in a message on his Twitter account / © @JoeBiden Twitter account/AFP

The former vice president and longtime Democratic senator from Delaware said he has "never thought of politics as cold and antiseptic.

"I've always thought it's about connecting with people," Biden said. "And now it's all about taking selfies together.

"Social norms have begun to change. They've shifted, and the boundaries of protecting personal space have been reset and I get it," he said. "I get it."

"I hear what they're saying. I understand it. And I'll be much more mindful," he said.

Concluding his video, Biden said that he has "worked my whole life to empower women" and to "prevent abuse."

Biden has yet to declare his candidacy, but he is already the early favorite to win the Democratic nomination and challenge Donald Trump in next year's election.

Several former Republican Senate colleagues have jumped to his defense.

South Carolina Senator Lindsey Graham told reporters on Wednesday that Biden is "one of the most decent people I've ever met."

"I don't believe for a second that he meant to do anything wrong and I can understand why people took it differently than he meant," Graham said.

"Joe Biden is my friend," he said. "I know him very well. Whatever he did it may have been inappropriate but it was not driven by malice or misconduct."