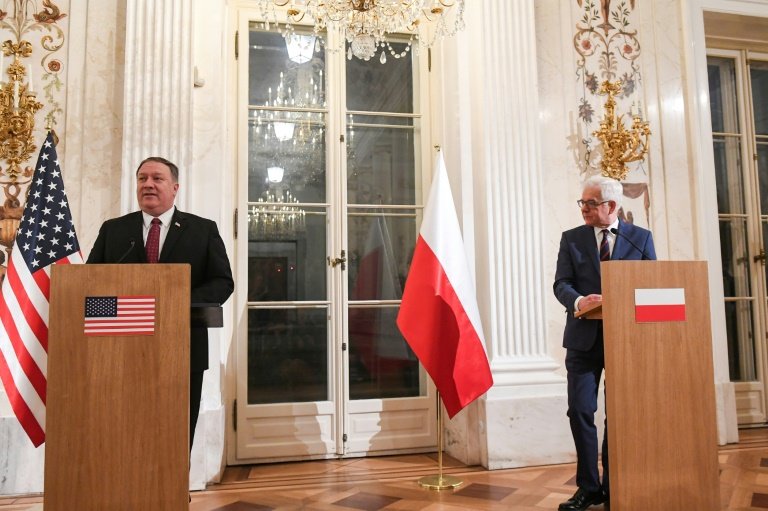 Secretary of State Mike Pompeo said Tuesday that the United States would do everything in its power to stop Russia's Nord Stream 2 gas pipeline to Europe as he joined Poland in warning of risks.

Pompeo signalled no compromise in US opposition to the pipeline on the same day that Germany, the lead negotiator on the project, was seeking to lower the temperature on the row through a visit by a US energy official to Berlin.

Pompeo said that the pipeline from Russia, on which construction began last year, "funnels money" to Russia in a way that ultimately hurts Europe.

"So while there is certainly a commercial aspect to that kind of transaction, there is an enormous security risk that is attached to it," he told a joint news conference with Polish Foreign Minister Jacek Czaputowicz.

"I think President Trump has been very clear that America is going to do what it can within its power to see that European security is foremost when it comes to energy decisions," he said, when asked if the United States would consider sanctions.

The pipeline will double the capacity of an existing link between Russia and Germany and has divided the European Union, with France supporting the project but the Baltic states and Poland wary due to their history with Moscow.

"We share the view that the Nord Stream 2 project does not serve Europe's energy security, we consider it a failed project, even harmful to energy security on the continent," Czaputowicz said.

Pompeo is visiting Warsaw for a two-day conference on the Middle East, which Poland agreed to organise with the United States.

While saluting relations with Warsaw, Pompeo prodded gently on democracy under the ruling Law and Justice party.

The government has introduced a string of controversial judicial reforms that the European Union has warned threaten the rule of law.

"In many different eras, the Polish people have fought for independence and liberty. Today I urge Poland to stay the course -- the course of freedom and democracy -- that was hard won during both the 1980s and 1990s," Pompeo said.

Pompeo is on a tour of Central and Eastern Europe during which he hopes to counter inroads made by Russian President Vladimir Putin, who has used energy as a key pressure point.

Ukraine is especially concerned as Nord Stream II and the planned Turkstream connection would eliminate Russian energy's need to cross its territory -- potentially exposing the war-torn country to further military incursions by Moscow.

Pompeo's trip came as the US deputy energy secretary, Dan Brouillette, was in Germany for a conference on liquid natural gas -- an area of common ground between the allies in reducing dependence on Russian supplies.