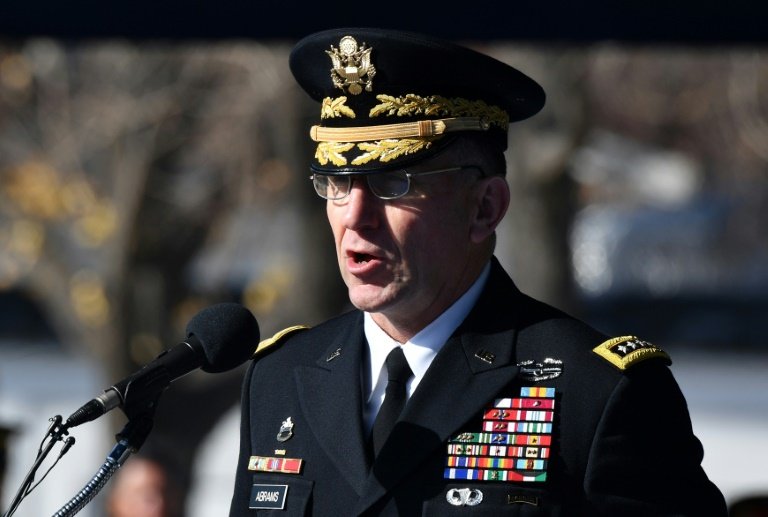 The commander of US forces in South Korea said Tuesday that he had seen "little to no verifiable change" in North Korea's military capabilities.

President Donald Trump met North Korean leader Kim Jong Un last June in a bid to resolve tensions over Pyongyang's nuclear program, and the two signed off on a vaguely worded document in which Kim pledged to work towards "the denuclearization of the Korean peninsula."

General Robert Abrams, the new head of US Forces Korea, said the summit had helped dial down tensions on the Korean peninsula, but had not led to substantive changes.

"Further, North Korea's conventional and asymmetric military capabilities along with their continued development of advanced conventional systems remains unchecked. These capabilities continue to hold the United States, the Republic of Korea and our regional allies at risk."

Trump and Kim are set to meet in Hanoi from February 27 to 28 for a second summit, following their historic first meet in Singapore last year.

Abrams noted that it had been 440 days since North Korea's last "provocative action" and credited diplomatic efforts and international sanctions for leading to a "significant reduction in tension."

Despite the bonhomie of Kim and Trump's first meeting, progress has since stalled with the two sides disagreeing over what Kim's pledge means.

Analysts say tangible progress on denuclearization will be needed if the talks are to avoid being dismissed as "reality TV."

After that first summit, Trump called off large-scale joint exercises with South Korea.

Abrams said "it is necessary to maintain a postured and ready force to deter any possible aggressive actions," but stressed that the two allied militaries continue to train together at a lower level.