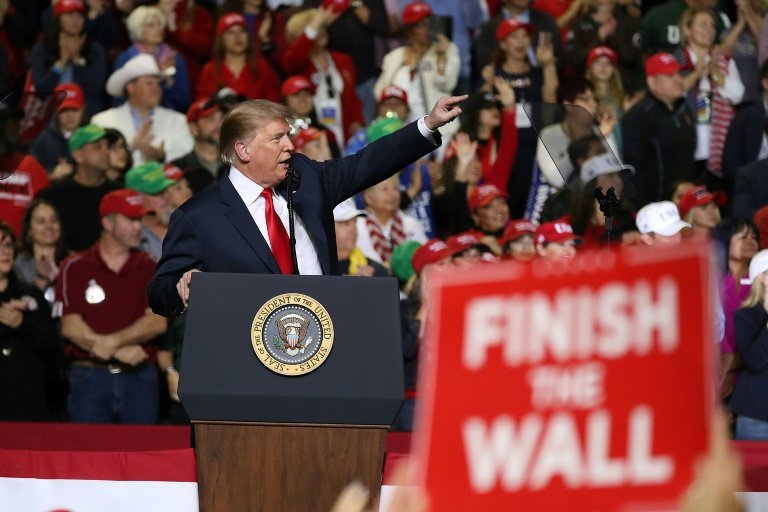 As the tentative deal was announced, US President Donald Trump was holding a campaign-style rally in the the frontier city of El Paso / © GETTY IMAGES NORTH AMERICA/AFP

US lawmakers have reached an agreement in principle to avoid a new government shutdown at the end of the week, senators announced Monday, including $1.375 billion for a wall on the southern US border.

"We've reached an agreement in principle between us on the Homeland Security and the other six bills," Senator Richard Shelby, a key Republican negotiator, told reporters.

Senior congressional aides told AFP the agreement included $1.375 billion in funding for a wall on the US-Mexico border -- a key campaign promise of President Donald Trump, who had demanded $5.7 billion for his pet project.

The agreed figure would fund approximately 55 miles (89 kilometers), all to be located in the Rio Grande Valley area of south Texas, the aides said.

The Democrats and Trump have been clashing for weeks over funding a barrier on the border.

The gridlock prompted the longest government shutdown in US history -- lasting over a month -- that ended January 25 when Trump signed into law a deal giving lawmakers three weeks to come up with an agreement, or face further paralysis.

As Monday's tentative deal was announced, the president was holding a campaign-style rally in the frontier city of El Paso, Texas -- a place where he claims walls have eradicated an out-of-control influx of criminals from Mexico.