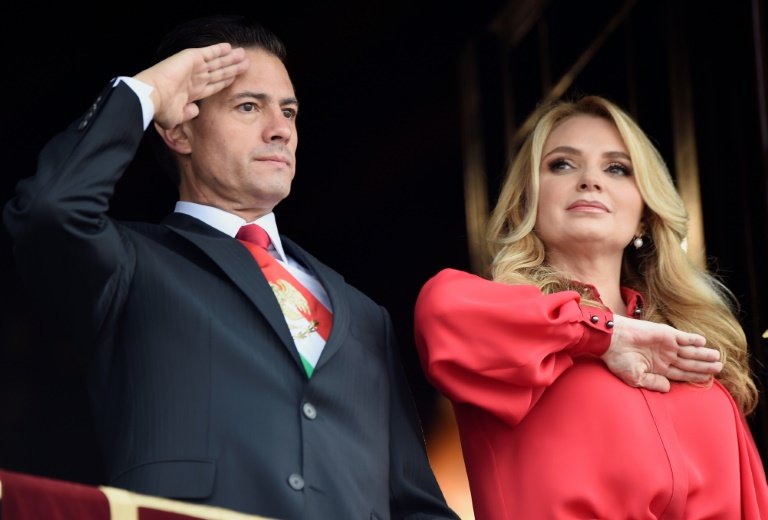 "I deeply regret what is a very painful situation for me and our children. That is why I have decided to get divorced," Rivera, 49, said in a statement posted to her social media accounts.

Rumors had swirled that the couple were in the process of separating, even before Pena Nieto's term ended last December 1.

Last week, a Mexican gossip magazine published photos of Pena Nieto, 52, out and about in Madrid with Mexican model Tania Ruiz Eichelmann, 31, claiming the two were now living together.

Pena Nieto and Rivera married in 2010, when the telegenic politician was governor of Mexico state and a rising star in the Institutional Revolutionary Party (PRI).

She was just coming off her most famous part, as the star of the telenovela "Destilando Amor."

She took on a traditional first lady's role when Pena Nieto won election in 2012, playing an active part in the presidency's social calendar and heading a family welfare program.

But a scandal erupted around her in 2014, after she bought a mansion from a government contractor close to Pena Nieto in a suspected sweetheart deal.

The so-called "White House" scandal took a heavy political toll on Pena Nieto, who had run for office promising a clean break with the corruption of the past.

Pena Nieto and Rivera each have three children from previous relationships. He also fathered a son in 2004 during an extramarital affair while married to his first wife, who died three years later.