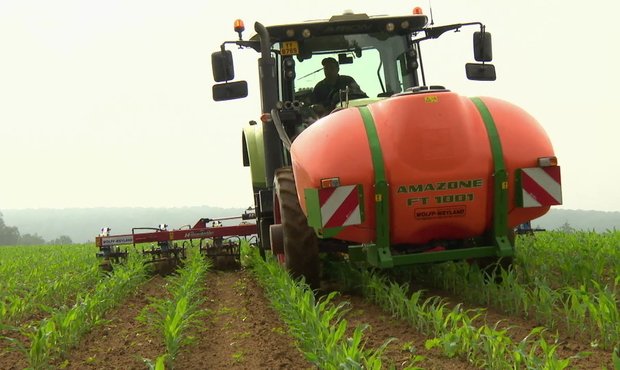 The European Parliament in Brussels is calling for a reform on the procedures authorising pesticides following the emerging information about the side-effects of glyphosate.

MEPs are adamant that the current process authorising pesticides is intransparent. The European Parliament called a special commission following the controversy concerning the herbicide glyphosate.

The so-called PEST commission has called for studies about active agents in pesticides to be made public and for member-states in the European Council to openly pronounce their vote.

Luxembourgish MEP Christophe Hansen has especially highlighted the need to examine long-term effects and that continuous studies should examine what these effects could be. The systematic herbicide glyphosate was first discovered by the agrochemical company Monsanto, which was taken over by German pharmaceutical company Bayer in 2018.

Glyphosate came under fire following a report by the WHO's International Agency for Research on Cancer, which classified the herbicide as "probably carcinogenic in humans." Hansen specified that the herbicide is only carcinogenic in large quantities, drawing a comparison with beer. Beer becomes dangerous once you drink 1,000 litres a day.

The politician believes that the topic can often become too politicised and called for lawmakers to refer back to scientific methods. Specifically, Hansen believes it is better to verify whether the product is being used properly.

Since the expiry of the Monsanto patent on glyphosate, a number of companies have produced similar products to Monsanto's RoundUp. The Luxembourg government was staunchly against reauthorising glyphosate in the European Council in 2017.