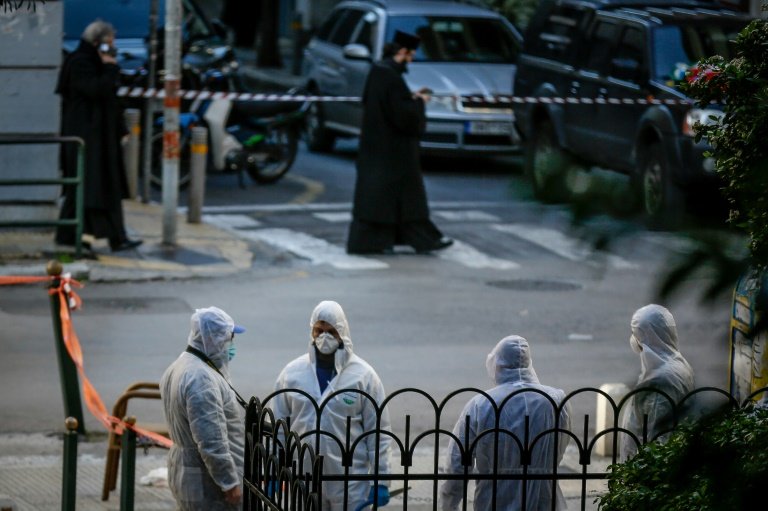 On December 27, a homemade bomb exploded in front of the Orthodox Church of Saint Dionysius in central Athens / © Eurokinissi/AFP/File

An unknown extremist group claimed a December blast in Athens that injured two people outside a church and warned of more to come, a police source said Saturday.

The "Iconoclastic Sect" made its claim in Greek on a Spanish website, saying: "Our hands will not tremble when the time comes to spill blood."

The source said it was the first time a group by that name had claimed an attack.

On December 27, a homemade bomb exploded in front of the Orthodox Church of Saint Dionysius in the upmarket Kolonaki neighbourhood in central Athens, injuring a policeman and the church caretaker.

It was one of many non-fatal attacks targeting centres of power, embassies, banks and media outlets that have become common in Greece.

"This act is an introduction to what will follow," the group warned, before hailing "individualists who are at war in the United States and Europe."

On December 17, a homemade bomb exploded outside the headquarters of the Skai media group in a seaside Athens suburb causing major damage.

An extreme-left group, the Organisation of popular fighters (OLA), has claimed that attack and at least five others since 2013.