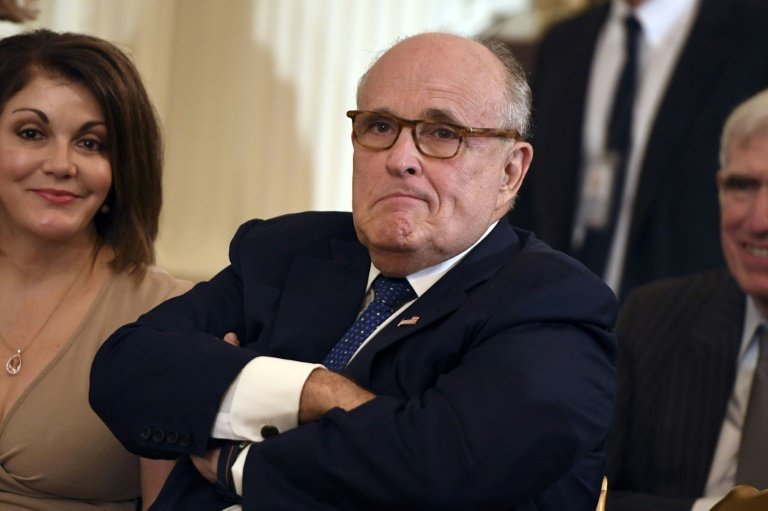 US President Donald Trump's personal attorney, Rudy Giuliani, on Wednesday insisted he "never said there was no collusion" between Trump's 2016 presidential election campaign and Russia -- only that Trump himself was not involved.

Speaking to CNN's Chris Cuomo, the former New York mayor said he did not know if others involved in the campaign had worked with Russia.

"I said the President of the United States," he added.

"There is not a single bit of evidence the President of the United States committed the only crime you can commit here, conspiring with the Russians to hack the DNC."

"It's a disgrace that you even ask that question," he told reporters on the White House's South Lawn. "It's all a big fat hoax."

In the first report, The New York Times said the FBI opened an investigation into whether Trump was acting on Russia's behalf soon after he became president.

Meanwhile, The Washington Post detailed what it said were the unusual lengths taken by Trump to hide the contents of his conversations with Russian President Vladimir Putin.

Manafort has admitted to sharing polling data with a Russian during the 2016 presidential race, according to a court filing inadvertently made public by his lawyers. CNN reported that the intended recipients were two pro-Russia Ukrainian oligarchs.

But on Wednesday, Giuliani suggested that was "not collusion".

"Polling data is given to everybody," he told CNN.