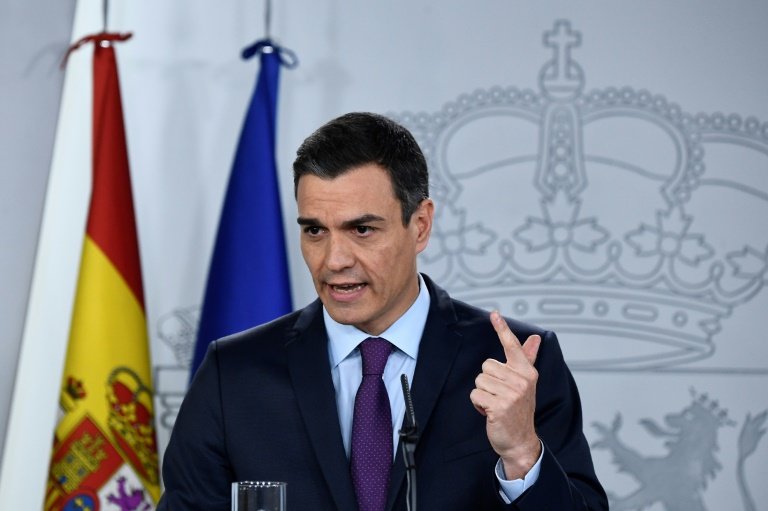 Spain's Socialist government on Friday approved a draft 2019 budget on which it depends for survival, cozying up to Catalan separatist lawmakers whose support is key to get it through parliament.

Okayed by the cabinet, the budget contains many social measures and a rise in investment in Catalonia, whose regional government wants independence but whose lawmakers in the national parliament are crucial for Prime Minister Pedro Sanchez's minority government.

"This budget is good for Catalonia and therefore those who defend Catalonia should approve it," Budget Minister Maria Jesus Montero told reporters, in reference to lawmakers from the northeastern region.

"The (Catalan) government is constantly asking for more resources for Catalonia, and it has an opportunity in this budget.

The lower house will start examining the draft budget on Monday.

Sanchez's Socialists only have 84 lawmakers out of 350 and need the support of a far-left coalition led by Podemos -- 67 seats -- as well as other lawmakers, the most crucial being the 17 Catalan separatists.

These backed Sanchez's no-confidence motion against his conservative predecessor Mariano Rajoy in June, thereby helping topple and replace him.

That has earned Sanchez, who has pledged to keep going until the next general elections in 2020, furious criticism that he is cuddling up to Catalonia's separatists. 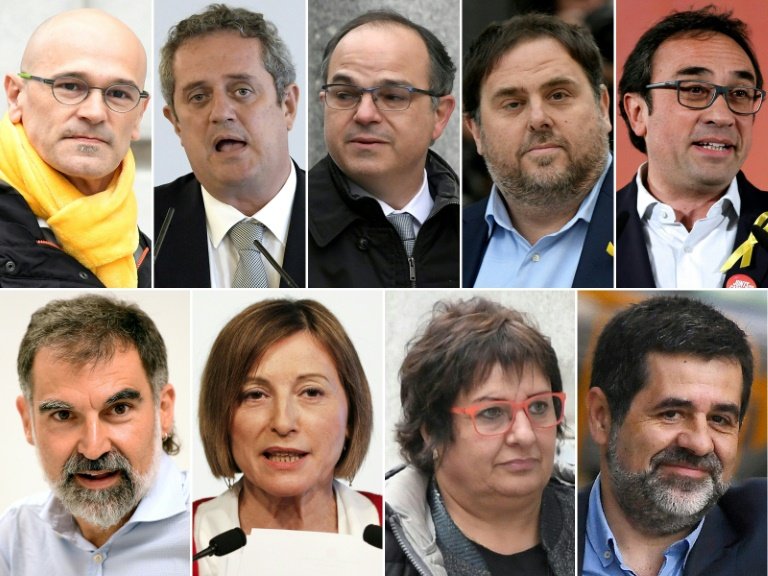 This time round, though, Catalan lawmakers may not be so accommodating as the mega-trial of Catalan separatist leaders who participated in the October 2017 attempt to break from Spain looms / © AFP/File

This time round, though, Catalan lawmakers may not be so accommodating as the mega-trial of separatist leaders who participated in the October 2017 attempt to break from Spain looms.

If they don't vote for the budget, Sanchez's government will likely fall.

"If there is no political response to the crux issue, the crux debate that is self-determination... there will be no budget," Marta Vilalta of the ERC separatist party, told Spanish radio Friday.

Still, Catalan parties could opt for pragmatism and save the government of Sanchez to avoid early general elections that could bring the right to power.

A coalition of centre-right party Ciudadanos and the conservative Popular Party (PP) has only just taken over the Socialist stronghold of Andalucia after December polls in the southern region.

They did this with support from far-right party Vox, which managed to get lawmakers in a regional parliament for the first time since Spain's transition to democracy in the late 1970s.

At a national level, right-leaning parties have said they would be tough on Catalan separatism and possibly take over some of the region's powers.

As such, Dolors Bassa, a former regional minister who is now in pre-trial detention for her role in the separatist drive, told Catalan radio this week that "we cannot let the government of Pedro Sanchez fall."

"The alternative to knocking down this government is way worse with the PP, Ciudadanos and the far right," she added, with polls suggesting these three groupings could have a majority in the national parliament if general polls were held.