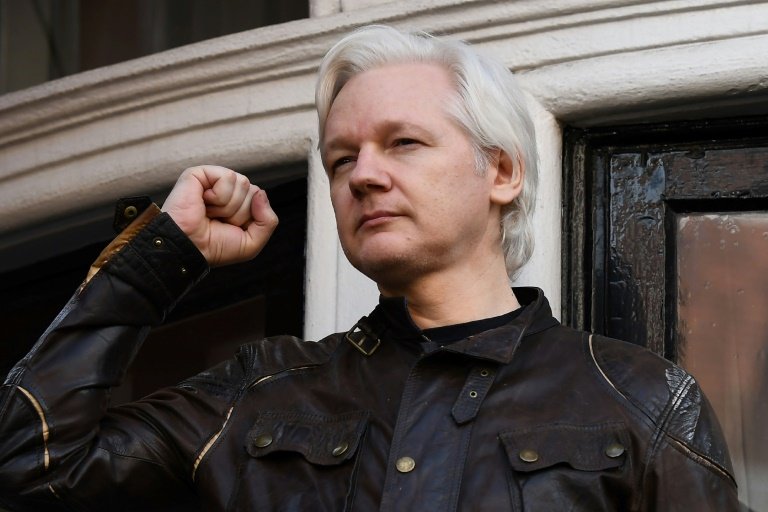 Ecuador says conditions have been met for WikiLeaks founder Julian Assange to leave its embassy in London, where he has been holed up since 2012 / © AFP/File

Ecuador's president said Thursday that conditions have been met for WikiLeaks founder Julian Assange to leave the country's embassy in London, which would end a six-year standoff with British authorities.

"The way has been cleared for Mr Assange to take the decision to leave in near-liberty," President Lenin Moreno told reporters, explaining that he still had to answer in Britain for violating the terms of his bail.

Moreno, however, said Britain had guaranteed that the 47-year-old Australian would not be extradited to any country where his life would be in danger.

Assange, who gained international renown by publishing huge caches of hacked State Department and Pentagon files, has repeatedly expressed fear that Britain would extradite him to the United States to face charges there.

US prosecutors last month inadvertently revealed the existence of a sealed indictment against Assange, according to WikiLeaks, but it was not known what the actual charges were.

Assange took refuge in the Ecuadoran embassy in London in 2012 to avoid extradition to Sweden to face questioning in two alleged cases of sexual assault.

Sweden has since dropped that case, and Ecuador says there are no pending extradition requests against the WikiLeaks founder.

"The British government sent us an official communication indicating that the constitution of Great Britain bars extradition of a person to a place where his life would be in danger," Moreno said.

That could be an issue in the case of the United States because it has the death penalty.