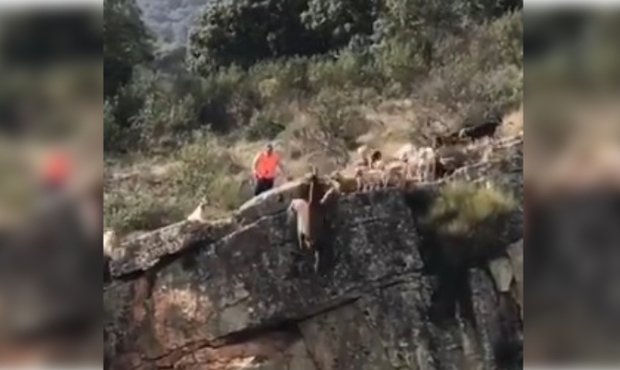 While filming a hunting party in Spain, a witness captured a pack of dogs falling off a steep cliff in pursuit of a stag. A number of dogs and their prey fell to their deaths.

In Spain, documentary film maker Luis Domínguez captured a shocking scene: After having cornered a stag at the edge of a ravine, several hunting dogs and their prey fell off the edge after attacking the beast.

While trying to escape, the stag fell at least five to six metres and took a number of dogs with it.

The video has led numerous citizens and elected officials to criticise the cruelty of some of these hunts.

MP Juan López de Uralde took to Twitter to voice his concerns: "I do not understand how people can take pleasure in hunting".

Pablo Iglesias of the Podemos party took his criticism a step further and called those responsible for the hunt "criminals".