The death toll from a powerful earthquake on the Indonesian island of Lombok rose above 130 on Wednesday, as authorities appealed for food, clean water and medical help for some 156,000 people forced from their homes.

Many frightened, displaced villagers are staying under tents or tarpaulins dotted along roads or in parched rice fields, and makeshift medical facilities have been set up to treat the injured.

Evacuees in some encampments say they are running out of food, while others are suffering psychological trauma after the 6.9-magnitude quake, which struck just one week after another tremor surged through the island and killed 17. 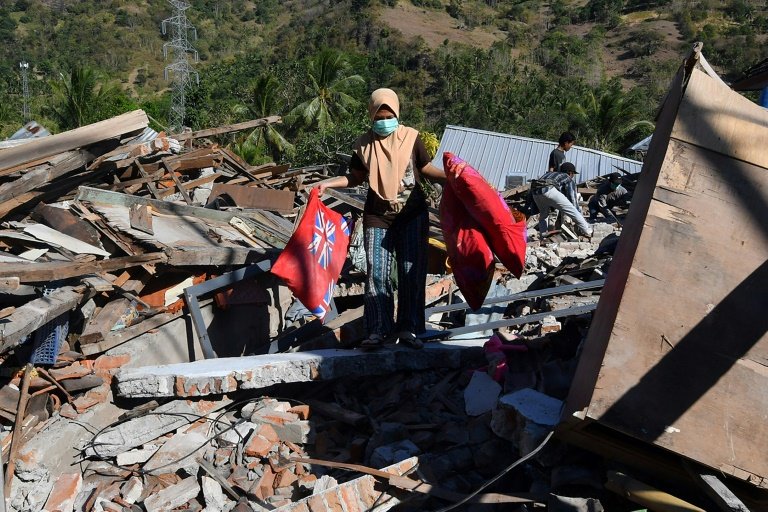 Some 1,477 people have been severely injured in the latest quake / © AFP

Around 1,477 people were severely injured in the disaster, with tens of thousands of homes damaged, and authorities say the toll of 131 is likely to rise.

Workers with heavy machinery are searching the rubble of homes, schools and mosques, with hope of finding any survivors fading.

"The corpses are starting to smell and we believe some people buried are still alive -- that's why it's a critical time," Nugroho said. The governor of West Nusa Tenggara province said there was a dire need for medical staff, food and medicine in the worst-hit areas / © AFP

Local authorities, international relief groups and the central government have begun organising aid, but shattered roads have slowed efforts to reach survivors in the mountainous north and east of Lombok, which bore the brunt of the quake.

Muhammad Zainul Majdi, governor of the West Nusa Tenggara region which covers Lombok, said there was a dire need for medical staff, food and medicine in the worst-hit places.

Hundreds of bloodied and bandaged victims have been treated outside damaged hospitals in the island's main city of Mataram and other badly affected areas.

"We have limited human resources. Some paramedics have to be at the shelters, some need to be mobile," Majdi told AFP.

"The scale of this quake is massive for us here in West Nusa Tenggara, this is our first experience." Some evacuees are grappling with the traumatic scenes of death and destruction that accompanied the quake.

"I saw my neighbour get stuck in the rubble and die. He asked me for help, but I couldn't help him, we just ran to help ourselves," Johriah, who like many Indonesians goes by one name, told AFP tearfully.

The Indonesian Red Cross said it had set up 10 mobile clinics in the north of the island.

A field hospital has also been established near an evacuation centre catering to more than 500 people in the village of Tanjung. 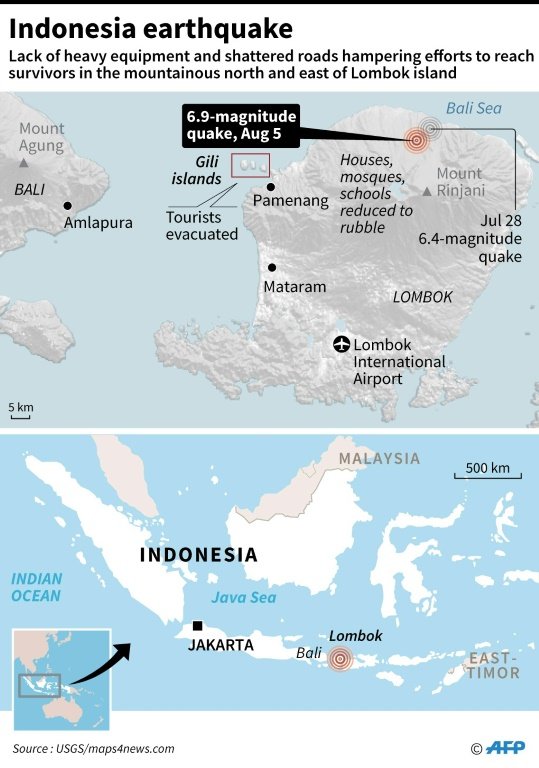 Kurniawan Eko Wibowo, a doctor at the field hospital, said most patients had broken bones and head injuries.

"We lack the infrastructure to perform operations because (they) need to be performed in a sterile place," Wibowo told AFP.

Across much of the island, a popular tourist destination, once-bustling villages have been turned into virtual ghost towns.

"In some villages we visited the destruction was almost 100 percent, all houses collapsed, roads are cracked and bridges were broken," said Arifin Muhammad Hadi, a spokesman for the Indonesian Red Cross.

Many farmers were reluctant to move far from their damaged homes and leave precious livestock behind, he added. 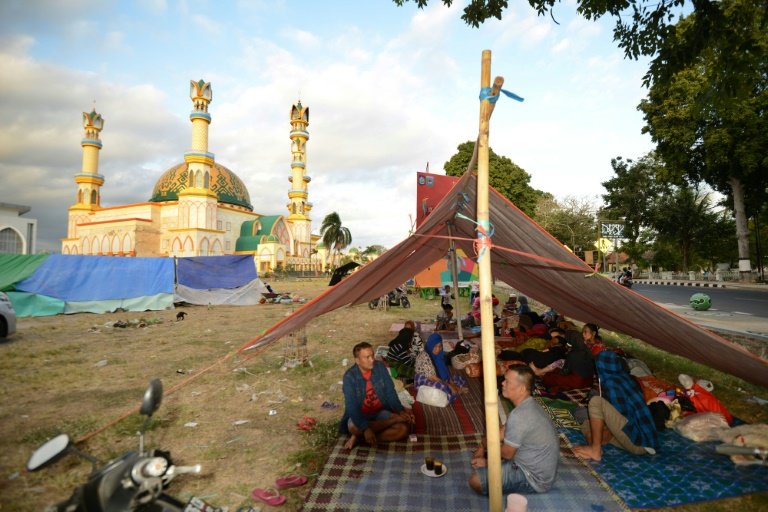 The West Sumatra government has donated one tonne of its most famous culinary export, beef rendang -- a slow-cooked coconut curry.

But some evacuees have complained of being ignored or experiencing long delays for supplies to arrive at shelters.

"There has been no help at all here," said 36-year-old Multazam, staying with hundreds of others under tarpaulins on a dry paddy field outside West Pemenang village. 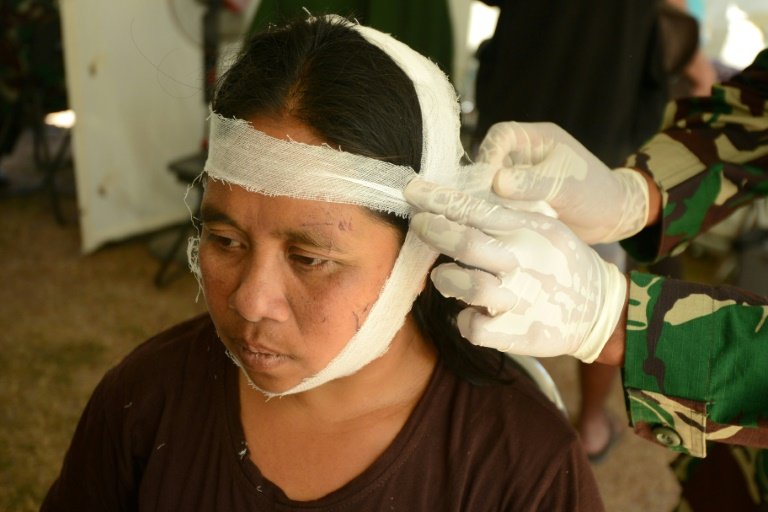 "We have no clean water, so if we want to go to the toilet we use a small river nearby," he said, adding they needed food, bedding and medicine.

At an orphanage in West Lombok, some 80 children -- including a one-year-old -- were huddling under two large tents after their dorms were destroyed.

"We still have supplies for the next few days, but I'm not sure about after that," Billa Rabbani, a spokeswoman from the Peduli Anak orphanage, told AFP.

The quake struck as evening prayers were being said across the Muslim-majority island and there are fears that one collapsed mosque in north Lombok had been filled with worshippers.

Rescuers have found three bodies and also managed to pull one man alive from the twisted wreckage of the mosque, reduced to a pile of concrete and metal bars, with its towering green dome folded in on itself.

Meanwhile, the evacuation of tourists from the Gili Islands -- three tiny, coral-fringed tropical islands off the northwest coast of Lombok -- has finished, officials said.