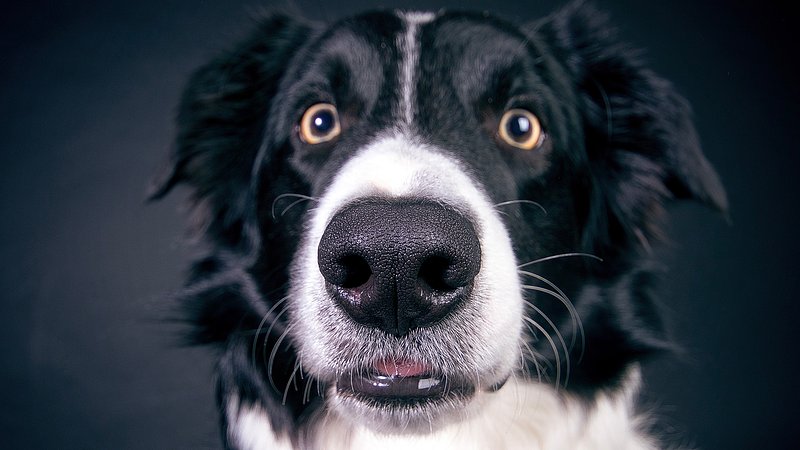 Why do dogs lick their wounds? This simple question has become the starting point of a scientific project by Sydney Dam, winner of the 2020 competition "Young Scientists".

The 17-year-old student from the International School of Luxembourg received recognition from the jury of the national competition for her study of the antiseptic agency of dog saliva. Her project helped uncover the fact that age is closely related to said potential: puppy saliva is therefore considered more efficient than that of older dogs.

Sydney will present her research at the London International Youth Science Forum in the capital's Imperial College.

From question to hypothesis

The onset of the project stem from the innocent questions of a child: why do dogs lick their wounds? Is their saliva clean?

Eager to provide an answer to these questions, Sydney started her research project. Theory confirmed the antiseptic agency of dog saliva, as is the case for many other animals. However, the young scientist did not stop her inquiry at that point, as her curiosity had been challenged by the results she found: "I wanted to know more about the antiseptic function and find out if there was any correlation with the dogs' age."

Sydney thus came up with her first hypothesis: the saliva of dogs younger than 5 years possesses more antiseptic qualities than that of older animals. To prove this assumption, the young scientist created a research method in the high school's laboratory: "It took me around three weeks to decide on the most efficient approach to the problem. I was lucky to have the support of my science teacher, as well as that of several pharmacists, who helped me identify the optimal antiseptic solution."

How do you analyse saliva samples?

To assess the antiseptic potential of dog saliva according to age, Sydney took a closer look at samples from a younger dog, before comparing them to those of her own older pet. The samples were put into petri dishes and combined with bacteria (e. coli and s. albus) and nutrient solution.

After a 5-day incubation period at 37 °C, Sydney started counting the bacteria with the help of a table. A high percentage of surviving bacteria indicates a lower antiseptic potential in the respective saliva sample.

The experiment was repeated five times in total for each state and bacterial variety: control test, saliva of a young dog, saliva of an old dog, alcohol, hydrogen peroxide, wound care solution, hydro-alcoholic gel, and antiseptic skin care. The ability to replicate the chosen procedure is an essential aspect of every successful scientific research. 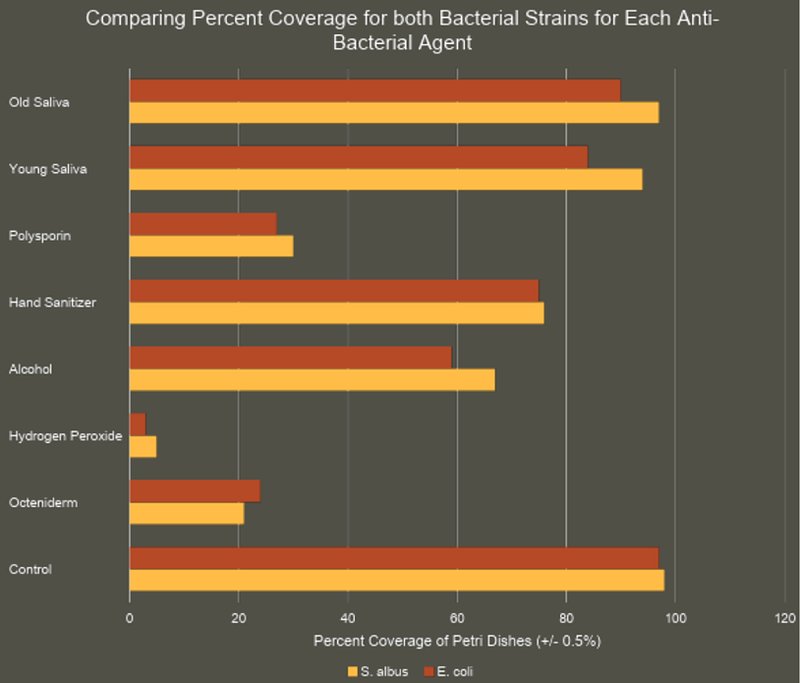 Reading the results: saliva of younger dogs is more potent.

The analysis could prove that younger dogs possess more antiseptic functions in their saliva. Sydney was also able to uncover that dog saliva was less efficient than the other products she tested. Hydrogen peroxide was declared the winner.

Curiosity has not yet killed the cat however: "I would love to continue this project and extend my methodology to inquiry into differences between dog breeds."