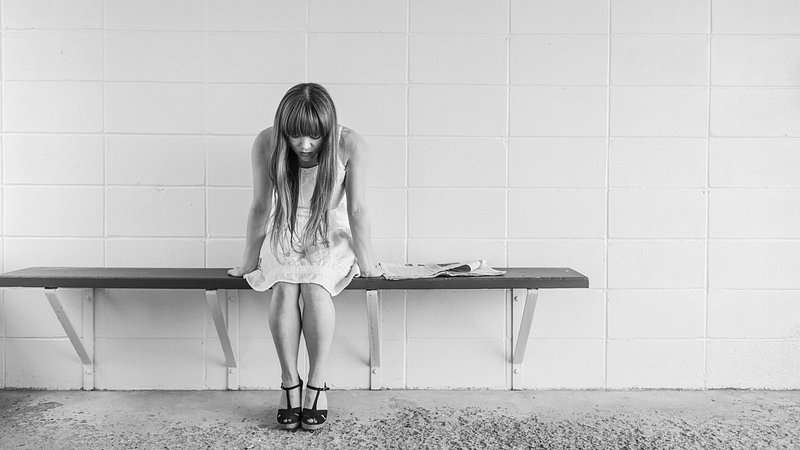 Is depression an illness? What are the causes of depression and how do they affect the organism? How can they be treated and what does research in Luxembourg say?

Depression has many faces. Scientific studies estimate that between 10 and 20 percent of the Grand Duchy's population are affected by the mental illness.

The disease is often misunderstood, and must be clearly differentiated from depressive phases, which can affect anyone over the course of their lives. Depression itself is an illness with clearly recognisable physical symptoms.

Interactions between body and mind

The definition of mental health is focused on mental well-being, covering the emotional self, cognitive performance and behaviour. Prof. Dr. Vögele, professor of clinical psychology and health, says the separation of body and mind dates back to the 17th century. These days, however, we tend to focus on a holistic approach, trending towards seeing body and mind as one entity.

Prof. Dr. Vögele is a psychologist and psychotherapist, head of the INSIDE research department and the master's programme in psychotherapy at the University of Luxembourg

According to Prof. Dr. Vögele, everyone experiences phases in life when they are sad. Grief is a normal reaction for upheaval such as job loss, the ending of a relationship or the death of a loved one. Most of the time sadness is linked to a certain situation, a certain person or a specific event.

Major depression, on the other hand, is a depressive disorder that affects a person's thinking, feeling and behaviour. It is characteristic of the disease that those affected feel deep sadness and lose interest in things that used to be important to them. This can affect patients emotionally and physically in a variety of ways. “Anyone suffering from depression feels sad and has the feeling that everything is pointless - even if there is actually no reason to do so objectively. Those affected have completely lost the ability to feel joy or pleasure, ”explains Prof. Dr. Vögele.

How does depression affect the body?

Every person goes through phases of grief or fear. Normally, however, the organism is capable of getting these negative feelings under control relatively quickly - thanks to an effective control system. For example, the neurons of the prefrontal cortex are responsible for the self-regulation of negative thoughts.

This mechanism fails in depressed people. The neurons responsible for this are no longer fully functional. In addition, there are disorders in stress regulation or abnormalities in the hippocampus - another area of ​​the brain that is related to cognitive performance and emotions.

Causes of depression and risk factors

Depression is usually caused by a combination of several factors. For example, certain physical complaints can trigger changes in the brain and increase the risk of depression, such as a stroke. Other triggers of depression include hormonal, psychiatric, and psychological disorders, while a certain genetic vulnerability can also play a role. The current research results indicate an interaction between genetics and environmental influences.

Researchers in Luxembourg have provided evidence that certain so-called environmental factors increase vulnerability. Among other things, they examined the physiological and psychological reactions to psychosocial stress in people who were exposed to traumatic events in childhood.

The researchers then compared the results with a control group of test subjects who had not experienced any such trauma. The result: The participants in the trauma group had a disrupted hormone response when stressed. This group also showed indications of immune system disorders, while mental problems and chronic stress were common. However, Prof. Dr. Vögele points out that not every childhood trauma leads to such disorders.

Diagnosis should be reserved exclusively for experts. Five or more of the following symptoms must also be diagnosed for the duration of at least two weeks. Depression is only present if the person concerned is depressed, disinterested or listless, or has both symptoms at the same time.

3 / Significant weight loss due to lack of food or weight gain, or increased or decreased appetite

4 / Slowing down of thinking and movements noticeable to outsiders

5 / Fatigue or lack of energy

The importance of adequate treatment

There are a number of options for treatment. Cognitive behavioral therapy (CBT) has proven to be the most effective form of therapy, as it focuses on the present and solving current problems.

Prof. Dr. Vögele describes CBT as showing people their mistakes in their mindset, helping clients to change their behaviour and thinking.

Interpersonal psychotherapy (IPT) has also proven itself useful, by focusing on the relationships between people and their surroundings. “Not every depression is triggered by a certain event or relationship problems.

Conversely, the disease can complicate interpersonal relationships. The goal of IPT is to strengthen communication skills and to uncover the problems that are the breeding ground for depression, ”says Prof. Dr. Vögele.

There are also biological and physiological treatment approaches. Biological measures include drugs that target the neurotransmitters - the messenger substances in the brain.

Electrospasm therapy, however, consists of a brief electrical stimulation under anesthesia. This form of therapy is more common as a treatment for patients with pronounced major depression or bipolar disorders, and is only used when other approaches have failed.

Chronic pain can cause depression, and depression can manifest in the form of chronic pain. In some cases, the pain cannot be treated or completely eliminated; however, over time, the patient can learn to manage the pain in relation to everyday life.

In a Luxembourg study , the team led by Prof. Dr. Vögele took a closer look at the mental processes involved in chronic pain, observing 70 people with chronic pain over a long period of time.

In the first phase, patients were made to record the intensity and duration of the pain, the physical impairments, depression and anxiety in a diary. Subsequently, in a digital diary, they noted down pain intensity, physical impairments, cognitive disorders and negative and positive emotions every day. The researchers used different methods, including the Multidimensional Pain Inventory. The impact of pain on people's everyday lives can be reliably read on the so-called pain questionnaire. Statistical tools were also used.

The study concluded that patients' ability to cope with everyday life depends heavily on how they deal with their emotions.

Prof. Dr. Vögele said that fluctuations between positive and negative emotions during the day have a negative impact on everyday coping and quality of life, meaning that those who are emotionally more stable can get through life better with comparable pain levels.