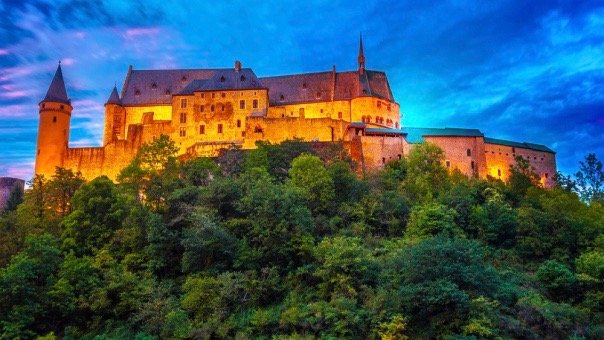 No other era fascinates current historians as much as the Middle Ages. Why this fascination persists is something Michel Margue has endeavoured to find out.

A recent Medieval symposium organised by the University of Luxembourg had participants wondering about the current relevance of the Middle Ages: just what place does the Medieval era hold in today's society and, more scientifically, how does the depiction of the era coincide with our current knowledge of science?

German specialist and historian Michel Margue organised the symposium due to his work at the University of Luxembourg, where he endeavours to come as close to the reality of the Middle Ages as possible. As an expert in the field, Margue is also interested in those who might not be as familiar with the era and their interpretations.

Professor Margue, your research focuses on the Medieval era, but also its connection to current time. What links are there?

I'm not only interested in the Middle Ages, but instead I'm also fascinated by its impact even today - not only the reality of this era but also the impression we as a society have of the Middle Ages. Research has shown that history is also used for specific purposes, something that often occurs implicitly. However, history has also been intentionally instrumentalised in, for example, the cultural sphere or in politics.

So the Medieval era is used for political gain?

Yes, this is quite common. In Europe, we saw this happen almost continuously in the nation-building era of the eighteenth, nineteenth, and even early-twentieth centuries. This period saw many states be founded, and the states all sought their legitimacy in the past, often the Middle Ages.

One notable example is the creation of the German Empire in the nineteenth century, which drew on the nostalgia of the medieval German empire and its many cultural achievements. In another example, France used the image of Joan of Arc defending the country against the English to forge a national identity. Identities are in essence created in definition against other identities.

The symposium we organised focused on how this applies to Luxembourg.

This was also a phenomenon in Luxembourg?

Indeed. In order to push back against the strength of Luxembourg's neighbour Germany and the populist Nazi movement in the 1930s, Luxembourgers developed their own image of the Luxembourgish Middle Ages, namely in the form of a strong Luxembourgish dynasty. After all, the House of Luxembourg provided several emperors and kings in the Medieval era.

Essentially, this view of the Middle Ages has been transfigured?

Exactly. And this is something that also interests us at the university. This is after all not a scientific interpretation of the Middle Ages but an intentional use of the era for a very specific purpose. Before 1815, Luxembourg didn't exist. The city and the dukedom of Luxembourg existed, but these were different from what we define as Luxembourg today.

Whilst there was no medieval Luxembourg in that sense, the current Luxembourg - as in the rest of Europe - has many traces of the Middle Ages. These traces exist in Europe, but don't, for example, in the United States. Yet the US is somewhere that has a fascination for the Middle Ages, seen by the medieval films produced there. 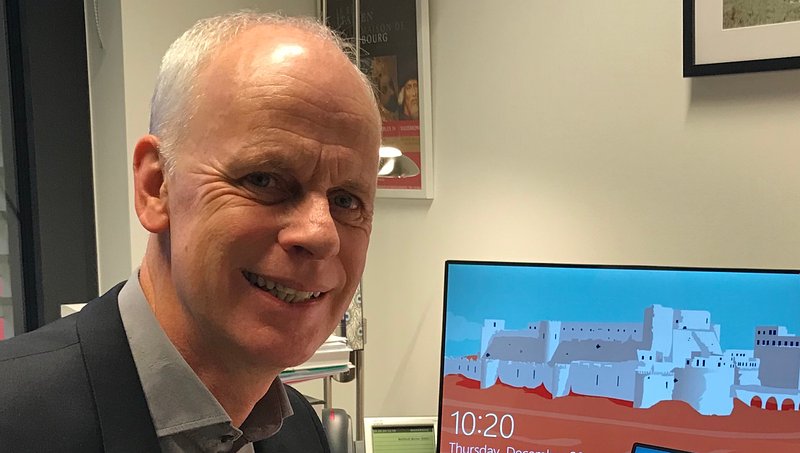 Museums in the USA have collected many art works from the Middle Ages. Americans need to be able to resort to something that doesn't exist locally, but their fascination for the Medieval era remains the same as ours. Of course, this is also due to the United States struggling to reckon with its Native American past.
The science of history does not simply examine the past, but also the image we have of this past. We call it historical awareness, which is something all of us have. This historical awareness plays a larger role for us than the scientific approach.

But why are we so fascinated by the Middle Ages? Why not the Roman era or other parts of history?

The Roman Empire was - until its downfall - considered highly developed, with strict rules in every aspect of life. Let's take the Roman Army as an example: this was a compact group with signs, not a hopeless mess. The image of the Roman era is shaped as a rigid society, offering less scope than the image of the romantic Middle Ages. Occasional exceptions do include gladiators, though. The Renaissance is also a wonderful era, but too sterilised. Everything is too perfect, not to mention humanism and the Enlightenment are far too complicated.

The Middle Ages, in contrast, is exciting, even threatening and brutal - this appeals to people today. It is also a time defined by simplicity. A period without internet and social networks, but when craftsmanship was valued. Whilst preparing the symposium, I was surprised by how many medieval festivals exist.

Humans long for quiet, simplicity, and a closeness to nature, and are seeking a contrasting view to today's society. This may be entertaining at medieval markets, but scientifically, you cannot ignore this desire, whether you're a historian, psychologist, or sociologist. Author: Uwe Hentschel