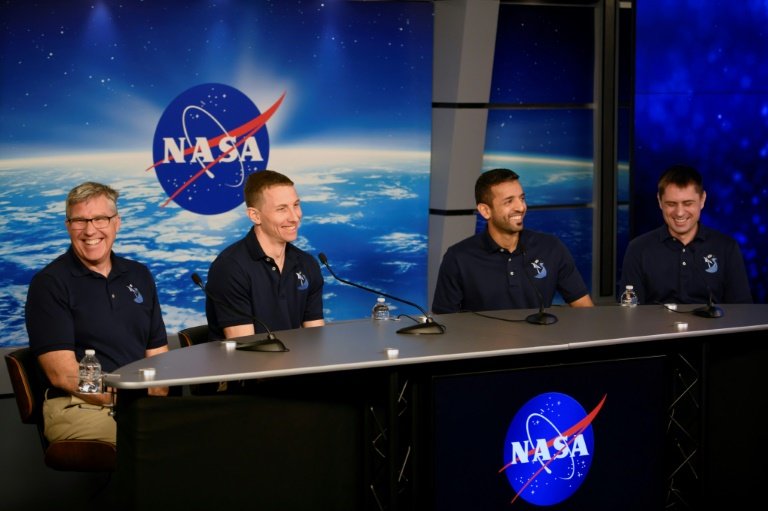 Emirati astronaut Sultan al-Neyadi said Wednesday that he will not be required to fast during Ramadan while on his upcoming space mission.

The 41-year-old will become the first Arab astronaut to spend six months in space when he blasts off for the International Space Station (ISS) next month aboard a SpaceX Falcon 9 rocket.

Neyadi, NASA's Stephen Bowen and Warren Hoburg and Russia's Andrey Fedyaev are scheduled to fly to the ISS on February 26 as members of SpaceX Dragon Crew-6.

Asked at a press conference Wednesday how he will observe the holy month of Ramadan, when Muslims typically fast from dawn to sunset, Neyadi said his situation falls under an exception.

"I'm in... the definition of a traveler, and we can actually break fast," Neyadi said. "It's not compulsory."

"Actually fasting is not compulsory if you're... feeling not well," he said.

"So in that regard, anything that can jeopardize the mission, or maybe put the crew members in a risk, we're actually allowed to eat sufficient food."

Neyadi will be the second national from the oil-rich United Arab Emirates to voyage to space.

In September 2019, Hazzaa al-Mansoori spent eight days on the ISS.

The NASA astronauts and Russian cosmonaut were also asked at the Johnson Space center Wednesday whether any of the political tensions on Earth, over Ukraine for example, spilled over into space.

"I've been working and training with cosmonauts for over 20 years now and it's always been amazing," said NASA's Bowen, a veteran of three space shuttle missions.

"Once you get to space, it's just one crew, one vehicle and we all have the same goal."

Fedyaev pointed to the "very long history" of space cooperation between Russia and the United States.

"The life of people in space on the International Space Station is really setting a very good example for how people should be living on Earth," the Russian cosmonaut said. 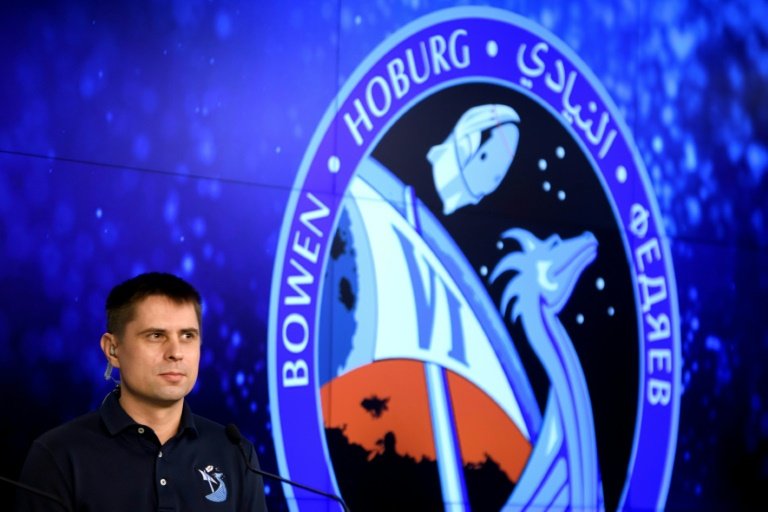 NASA officials said they expect the members of SpaceX Dragon Crew-6 to have a five-day handover with the four members of Dragon Crew-5, who have been on the ISS since October.

Also currently aboard the ISS are three astronauts whose return vehicle, a Soyuz crew capsule, was damaged by a strike from a tiny meteoroid in December.

Russia plans to send an empty spacecraft to the ISS on February 20 to bring home the trio -- Russian cosmonauts Dmitry Petelin and Sergei Prokopyev and NASA astronaut Frank Rubio.

MS-22 flew Petelin, Prokopyev and Rubio to the ISS in September after taking off from the Russian-operated Baikonur Cosmodrome in Kazakhstan.

They were scheduled to return home in the same spacecraft in March, but their stay on the ISS will now be extended by several extra months.

Russia has been using the aging but reliable Soyuz capsules to ferry astronauts into space since the 1960s.

Space has remained a rare venue of cooperation between Moscow and Washington since the start of the Russian offensive in Ukraine.

The ISS was launched in 1998 at a time of increased US-Russia cooperation following the Cold War "Space Race."