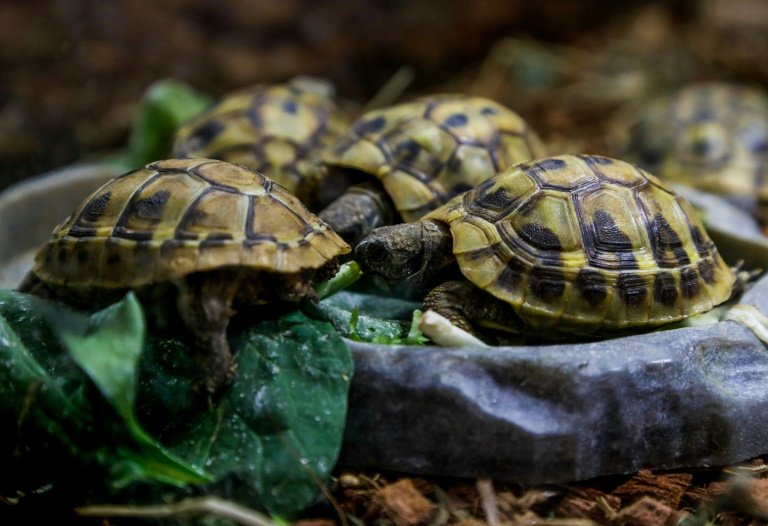 Hermann's tortoise is the only species native to France / © AFP/File

Corsican construction tycoon Patrick Rocca was fined 150,000 euros Tuesday for harming protected tortoises on a building site even after officials told him to stop.

Six dead specimens of a species known as Hermann's tortoise and another "fatally wounded" animal were found when officers from France's biodiversity agency inspected the worksite in December 2019.

Around 3.5 hectares of the habitat just outside the Mediterranean island's capital Ajaccio were disturbed and 2.8 hectares destroyed, the inspectors found, calling for the work to be halted.

But Rocca's Fortimmo company -- one of the largest employers on the French Mediterranean island, with around 1,000 local workers -- continued construction, with more dead tortoises found a few days later.

His conviction for mutilation and unauthorised destruction of a protected animal species and their habitat follows a court ruling against Fortimmo, which had to pay a 500,000-euro ($540,000) fine, and a total of 530,000 euros in damages.

Corsica is one of the last places where Hermann's tortoises -- the only species native to France -- still live in the wild.

They are protected by France and the European Union as well as internationally.