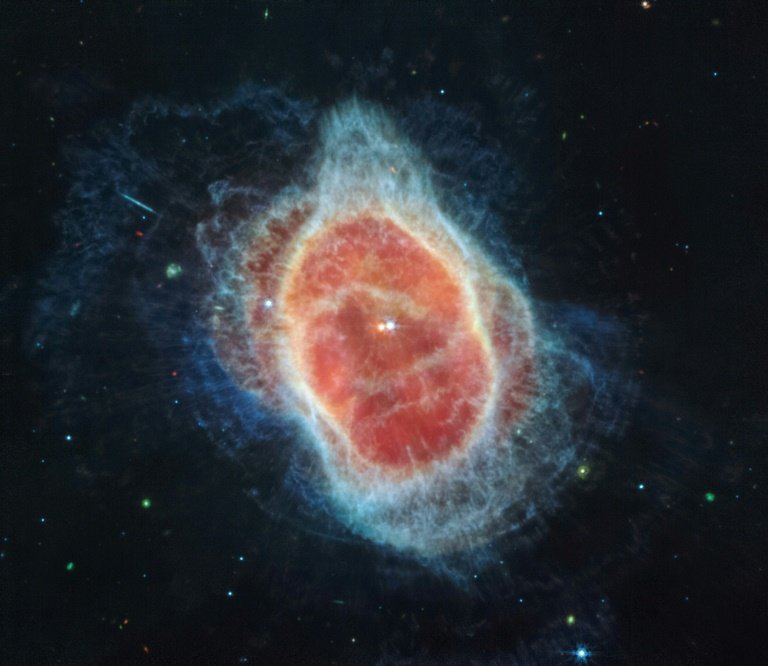 The Southern Ring Nebula, which is around 2,000 light years from Earth, had previously been thought to contain two stars / © NASA/AFP/File

It was one of the first famous images revealed by the James Webb Space Telescope earlier this year: a stunning shroud of gas and dust illuminated by a dying star at its heart.

Now researchers analysing the data from history's most powerful telescope have found evidence of at least two previously unknown stars hiding in the stellar graveyard.

The Southern Ring Nebula, which is in the Milky Way around 2,000 light years from Earth, had previously been thought to contain two stars.

One, nestled in the nebula's centre, is a white dwarf star which in its death throes has been casting off torrents of gas and dust for thousands of years that in turn formed the surrounding cloud.

Sapped of its brightness, the extremely hot white dwarf is the less visible of the two stars seen in Webb images released in July.

The white dwarf has offered astronomers a view of how our own Sun may die one day -- billions of years from now.

Unlike our lonely Sun, it has a companion, the brighter of the two stars in Webb's images. 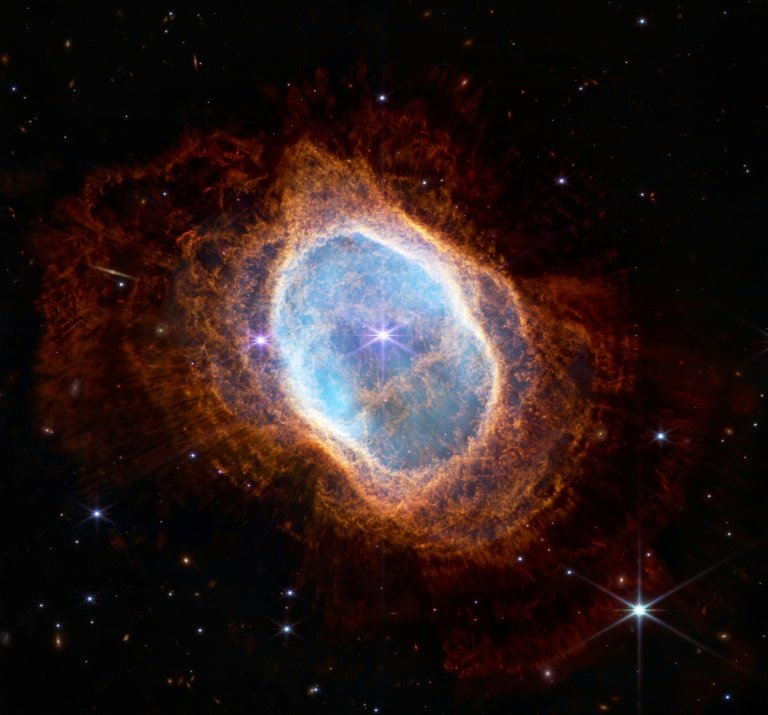 However this binary system, which is common across the Milky Way, does not explain the nebula's "atypical" structure, Philippe Amram, an astrophysicist at France's Marseille Astrophysics Laboratory, told AFP.

Amram is one of the co-authors of a study published in the journal Nature Astronomy on Thursday that has used Webb's observations to uncover more of the nebula's secrets.

Since the nebula was discovered by English astronomer John Herschel in 1835, astronomers have wondered why it has "such a bizarre shape, not really spherical," Amram said.

By analysing the data from Webb's infrared cameras, the researchers said they found evidence of at least two other stars inside the nebula, which has a diameter equivalent 1,500 times the distance from the Sun to Pluto.

While the new pair are slightly farther away from the white dwarf and its companion, all four stars -- or possibly even five -- are located in the centre of the nebula.

They are close enough to interact with each other, and their "exchanges of energy" create the nebula's strange shape, Amram said.

The Webb telescope, which has been operational since July, has already unleashed a raft of unprecedented data and scientists are hopeful it will herald a new era of discovery.