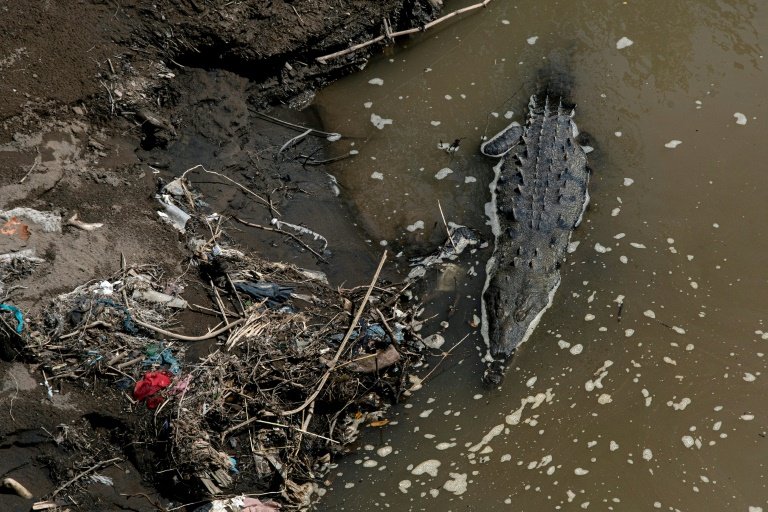 A crocodile swims amid garbage in the Tarcoles River, one of the most polluted in Central America. This species is thriving despite the toxic waters / © AFP

In one of the most polluted rivers in Central America, a vulnerable crocodile species is thriving despite living in waters that have become a sewer for Costa Rica's capital, experts say.

Every day, trash and wastewater from San Jose households and factories flood into the Tarcoles River, which vomits tires and plastic into the surrounding mangroves.

Nevertheless, some 2,000 American Crocodiles have adapted to life in the toxic river that bears witness to the country's decades-long battle with waste management.

"It is a super-contaminated area, but this has not affected the crocodile population," said Ivan Sandoval, a biologist with the National University of Costa Rica.

"The Tarcoles River is the most polluted river in Costa Rica, and one of the most contaminated in Central America. Heavy metals, nitrites, nitrates, and a large amount of human waste can be found," added the crocodile expert. 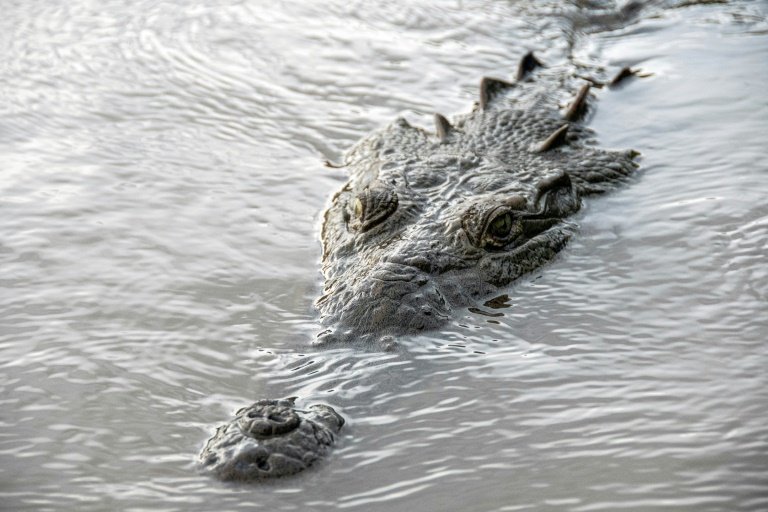 A crocodile lurks in the contaminated Tarcoles River, unphased by the toxic water / © AFP

According to the International Union for Conservation of Nature (IUCN), there are only about 5,000 of the crocodile species -- found in 18 countries -- left in the world after decades of hunting and habitat loss.

The organization lists the Crocodylus acutus as "vulnerable," but says its numbers have increased in recent years. The Costa Rica population is "healthy and robust."

Indeed, the large reptiles -- basking in the sun and occasionally feeding on fish that come up the channel from the sea -- appear unphased by some 150 types of bacteria that Sandoval says have been detected in the river.

He describes the carnivores as "living fossils" with the capacity to survive very tough conditions.

"They haven't had to change anything in millions of years, they are perfectly designed." 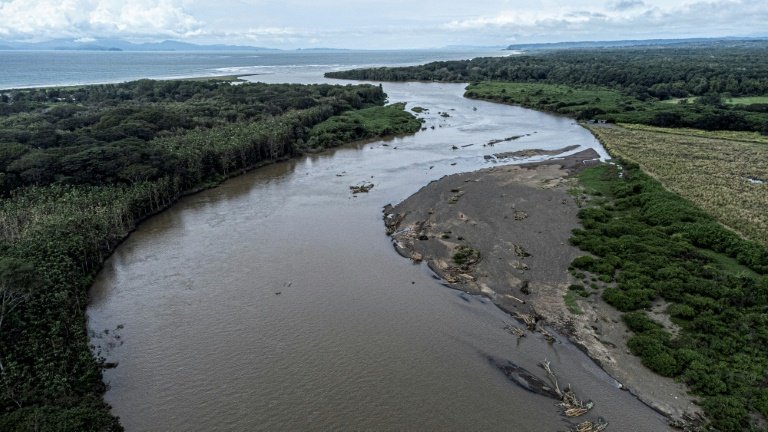 View of the Tarcoles River, one of the most polluted in Central America, as it flows into the Pacific Ocean. / © AFP

Sandoval said that since 1980, Costa Rica's population of the crocodiles "are recovering," and warns of the threat of tourist activities.

The river's crocodiles are a major draw for foreign visitors, who take boat tours to see the creatures up close.

Some feed the animals, which is prohibited, and Sandoval worries about them getting too used to being close to people.

Juan Carlos Buitrago, 48, who captains one of the tour boats, says he and other locals regularly pull hundreds of tires and plastic waste from the water.

He delights in the fauna of the river, with macaws flying over ahead at sunset, but wishes his countrymen would stop polluting his "office." 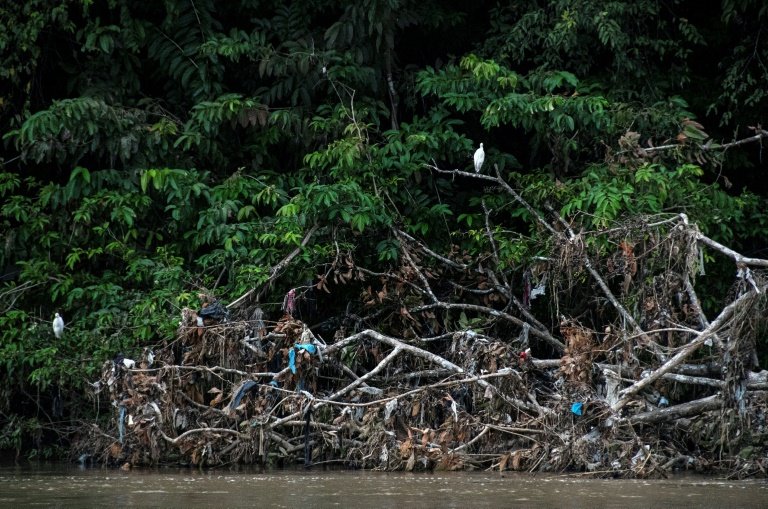 Birds perch amid garbage-strewn branches on the Tarcoles River / © AFP

"We cannot hide the pollution," he tells AFP.

Costa Rica has impressive environmental credentials, with a third of its territory marked for protection, 98 percent renewable energy, and 53 percent forest cover, according to the UN's environmental agency.

However, the law is not always strictly applied, as in the case of the Tarcoles River.

Lawyer and environmentalist Walter Brenes, 34, said that all of Costa Rica's rules and regulations "do not solve the problem."

He said the country needs "real public policy that is completely aimed at protecting wildlife."